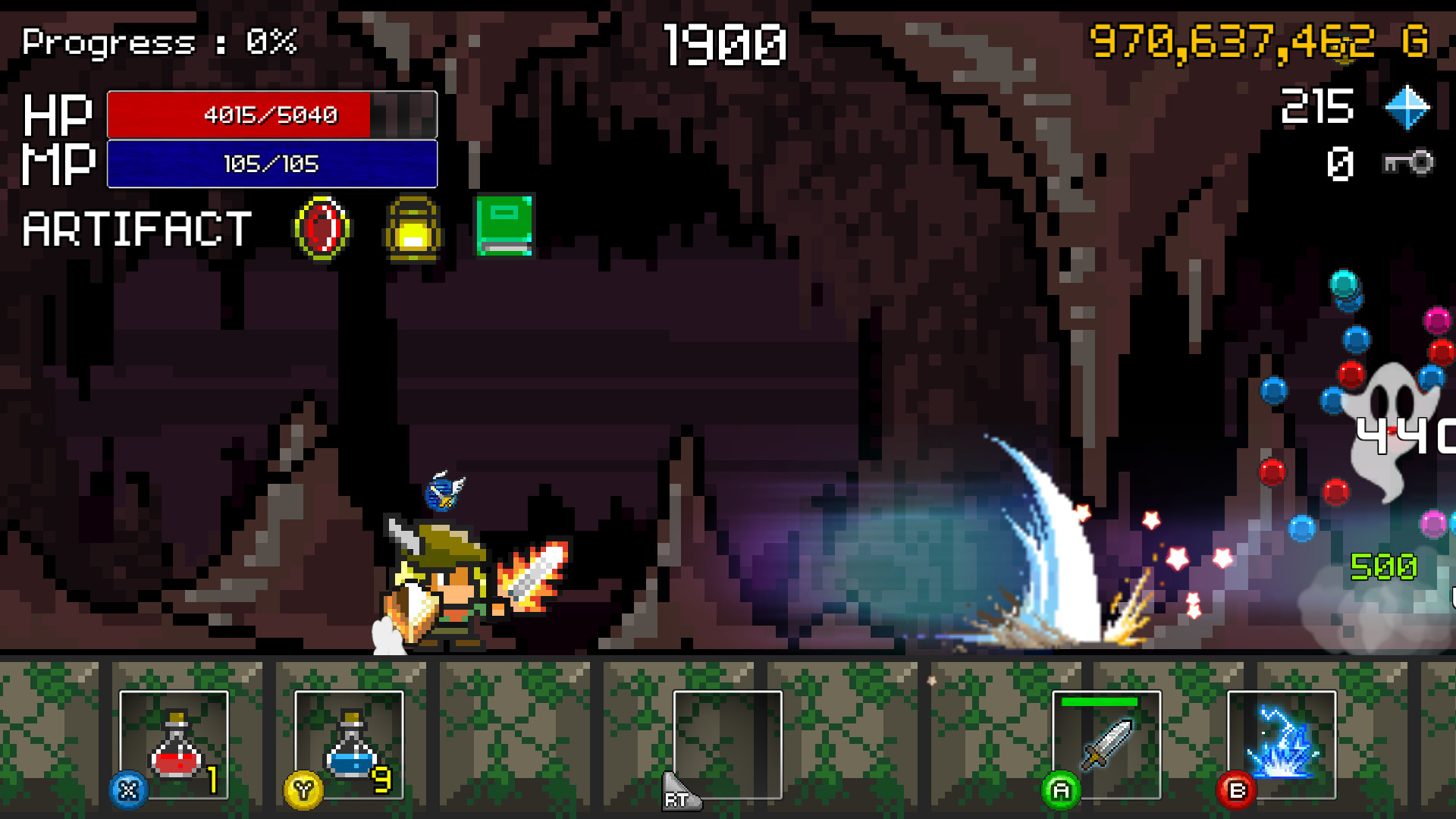 Buff Knight Advanced is a 2D Pixel RPG where you’re constantly on the move. Kill the invading monsters with your sword or by timing your use of spells carefully! As you progress the game becomes more intense with stronger and uglier monsters! Collect artifacts and upgrade your items & attributes to become the most buff Knight the world has ever seen!

It is different and has more contents than original version!!

Game Features
▶ AWESOME & EPIC 8 bit retro sound and pixel graphics!
▶ 12 Different stage!
▶ 12 Different boss!
▶ 2 unique characters! Play as Buff Knight OR Buffy the Sorceress!
▶ Use your sword or spells to fight the evil!
▶ Unique 2D Pixel RPG runner game concept – pick up from where you died!
▶ Develop new strategies & builds – Want to be a Buff Knight or a Buffy Sorceress?
▶ BUFF up your attributes!
▶ Collect over 20 ancient artifacts and BUFF your skills!
▶ Plenty of Items with multiple levels of upgrades!
▶ Awesome high score system – Are you the most buff Knight?
▶ Cloud save & load 7ad7b8b382 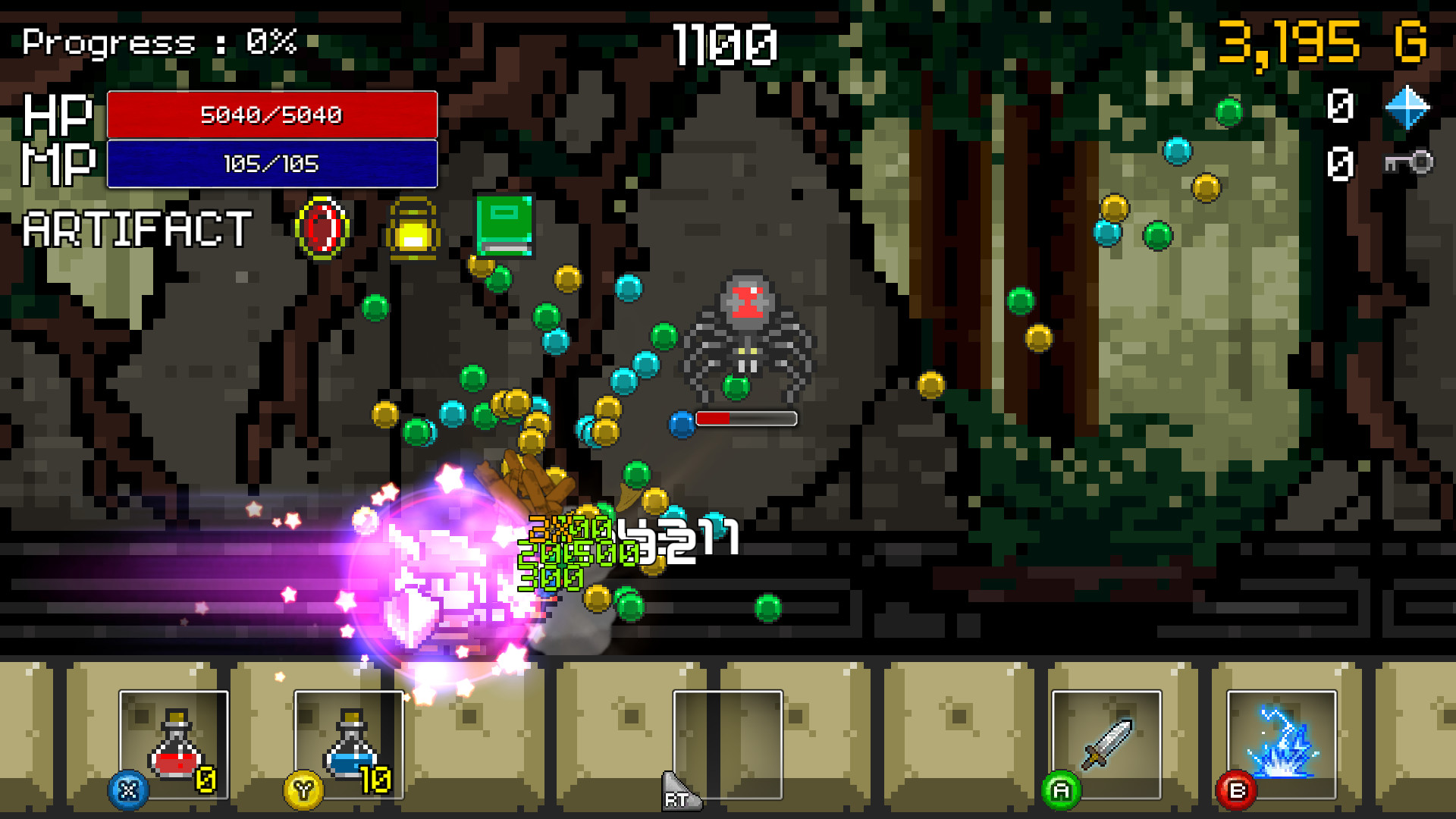 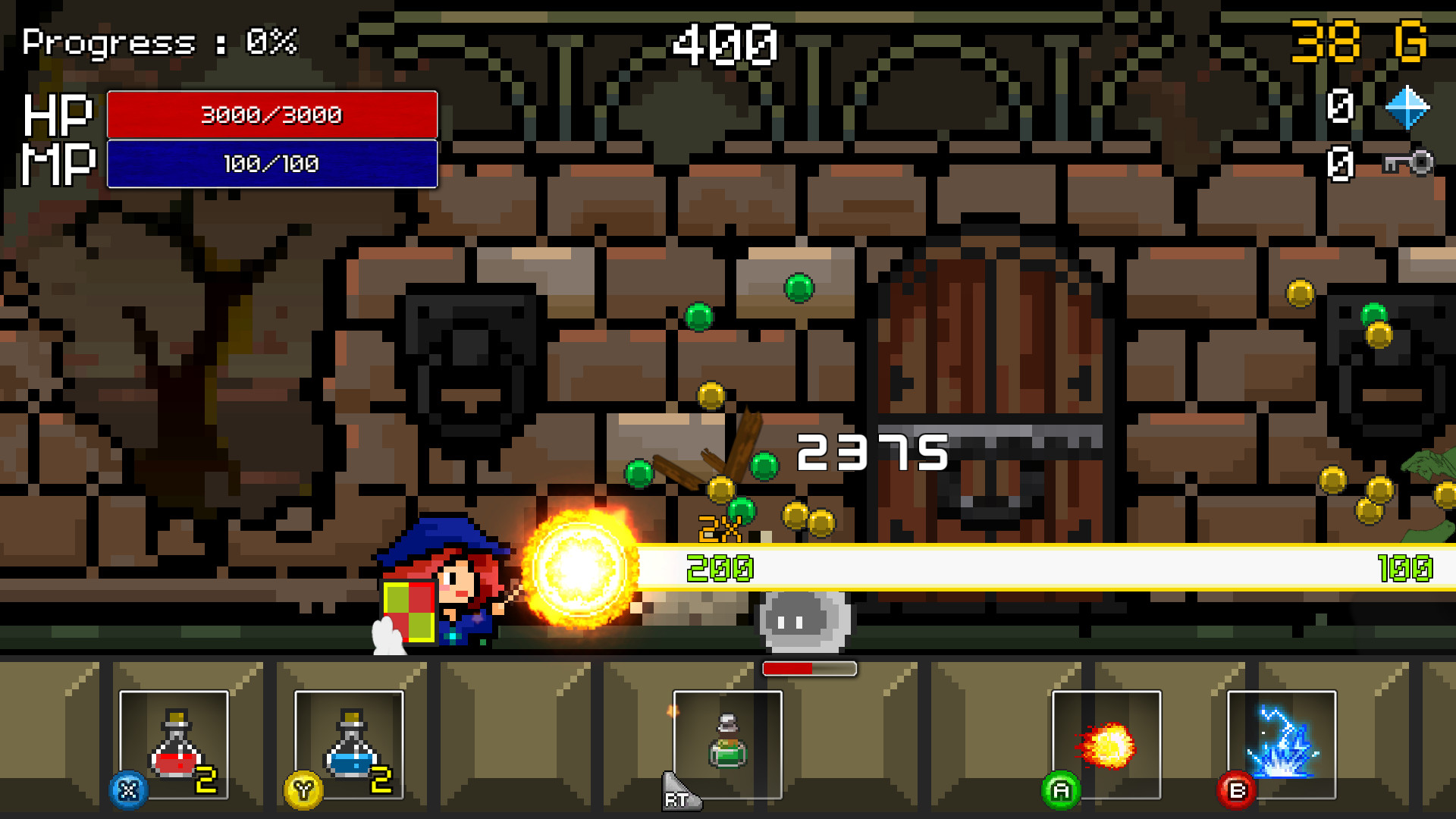 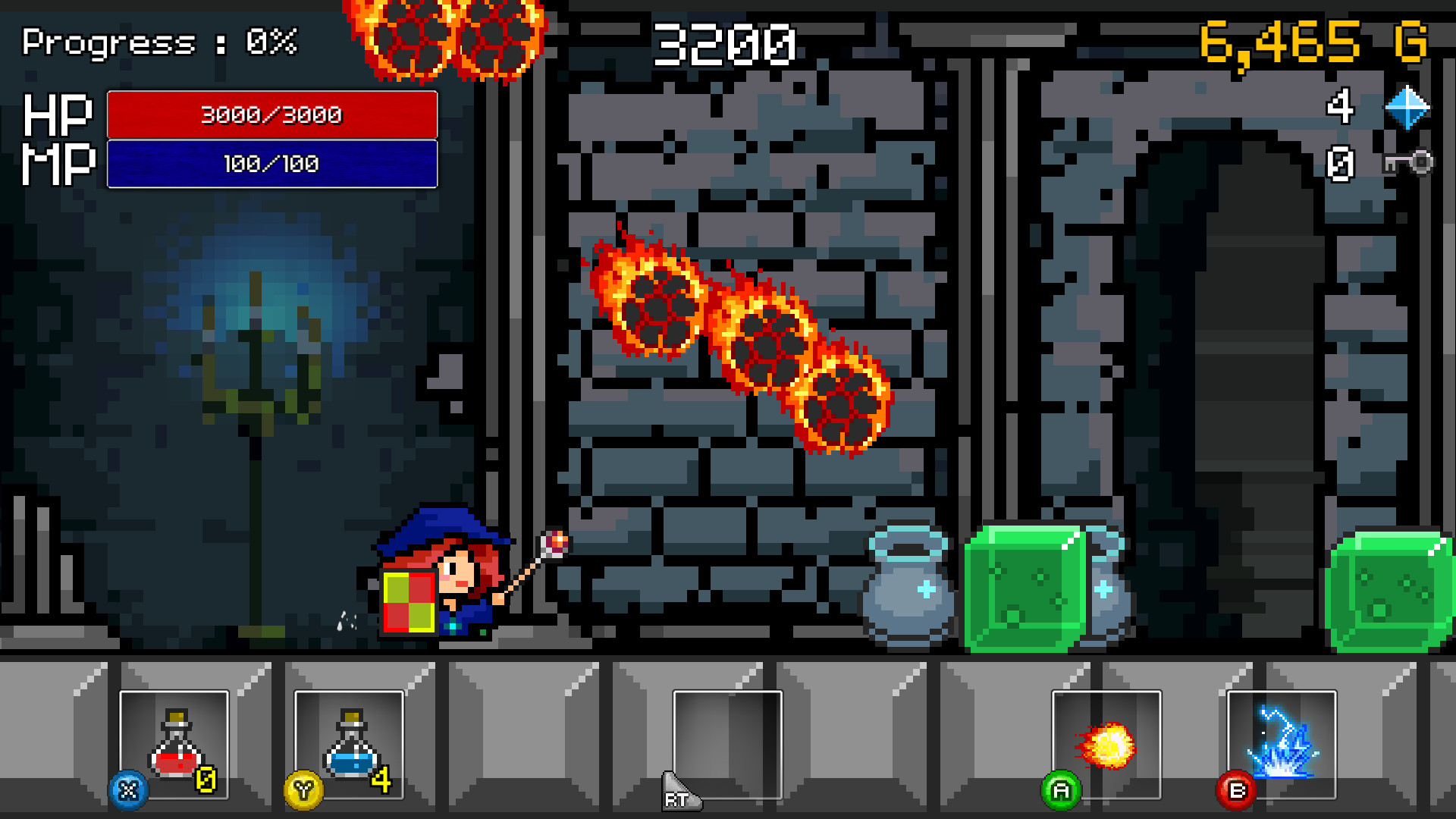 [-] Controls not clearly explained (K\/B) for me

The game is more a side scrolling clicker game with options: you will hit the 'C' key lots of times.
You can play 1 of 2 classes mage or knight and there are 12 levels to complete. After 5 hours I'm on level 3 - not sure if that means I suck at the game or it has heaps of content\/grind (depending on your personal views).
It is a lot of fun, easy to play and for me has been addictive.

It's basic gameplay, your character auto moves with you firing missiles and healing as you go - when the level gets to 100% you get a BOSS to beat. After you die you can visit the shop upgrade\/enchant\/purchase equipment and rinse repeat until you beat the BOSS, then next level.

WARNING - I have found this game addictive.

At $5.00 its an suitable buy, so get it now, as IMHO its overpriced at $8.00. I'm surprised the DEVs didnt go with the freemium model - but then again pleased they didn't.

Enjoy.. Very much a "remastered phone game" smell, but ends up on the better side of the mountain of endless runner games due to the RPG mechanics and Artifact loot. Can't help but think I'd be rather playing Postknight instead if it was remastered for computers, but this is fine enough for now.. Fun side scrolling RPG where you can upgrade all your stuff with the cash you loot and upgrade stats with gems. This is great for the price and I definitely recommend this.. I've had so much fun with Buff Knight Advanced! It's a casual game, and you'll definitely do quite a bit of rapid clicking or button mashing during this side-scrolling RPG.

There are two character classes (melee fighting knight or magic using sorceror) as well as weapon, armor, and character attributes to upgrade, multiple artifacts to find and upgrade, and a variety of monsters to slay over the course of 12 stages of gameplay. There are also story and endless modes, full-controller support, and very attainable achievements.

At this point, I only have the stage 12 boss to get through, and all of my stats and upgrades are maxed out. There's not much of a downside to this game, especially if you can pick it up on sale. It's perfectly enjoyable and simplistic. However, I have to admit that I wish there was more content and more items, weapons, and attributes to upgrade, because other than health and mana potions (which reset when you die) I have nothing on which to spend my gold and gems.

The soundtrack isn't complex, but the music and sound effects are appropriate and alert the player to what's coming. The pixel graphics are very well done, and I had no issues with seeing clearly and identifying what was on my rapidly scrolling screen.

Overall, I love this game. It's entertained me for 11+ hours at this point, and it was very refreshing to begin a game that wasn't full of complex puzzles or sporting an unrealistic degree of difficulty. This is perfect for a casual gamer, and it's got definite replayability with the two modes, achievements, rare artifacts, and scored stages.

Get your Buff on!