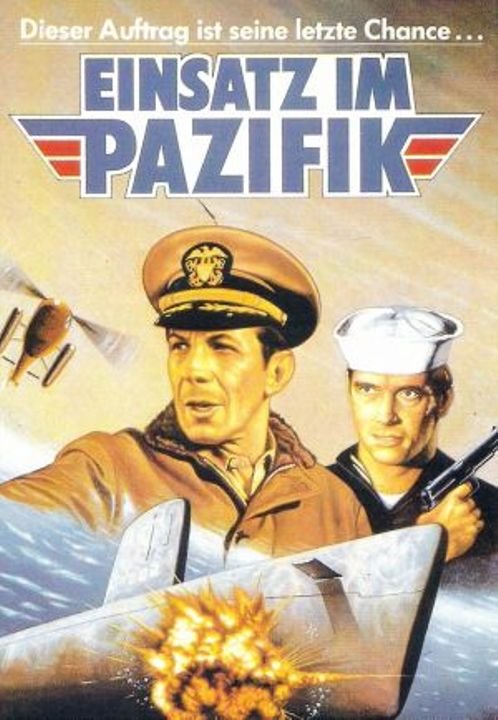 During the Cold War, enemy agents, posing as U.S. Navy crew, sabotage a nuclear submarine and steal its anti-ballistic missile guidance system.
At the height of the Cold War, the U.S. Navy nuclear submarine U.S.S. Wayne, commanded by Captain Phil Kettenring, is dispatched to a secret mission involving scientific tests. On board is Dr. Dykers, who is supposed to conduct the secret scientific tests. Commander Kettenring doesn't know that secret Communist Agents impersonating U.S. Navy crew members are also on board.Their mission is to sabotage the American submarine and to steal the experimental anti-ballistic missile guidance system.The Communists have set a trap in mid ocean for the U.S.S. Wayne. As the problems start, Captain Kettenring falls ill, Dr. Dykers becomes agitated and difficult, and the crew begins to lose faith in their commanding officer. The mission is in danger unless Captain Kettenring can discover who the enemy agents on board are.
The cast in "Assault on the Wayne" is very impressive for a made for TV movie. It stars Leonard Nimoy and he's supported by the likes of William Wyndom, Sam Elliott, Malachi Throne, Keenan Wynn as well as Joseph Cotten in a small role. And, to save money, the sets and some of the footage from "Ice Station Zebra" were used.

Nimoy is the Commander of a nuclear submarine. He has some sort of top secret orders and he's running an extremely tight ship. However, it soon is apparent that something is going on...and there are some spies aboard the ship waiting to do something really evil. But what, exactly, is going to happen? See the film and find out for yourself...suffice to say, it AIN'T good!!

The plot for this film is exceptionally good...and very taut and original. My only problem is that twice, folks are fighting with evil saboteurs...and NEVER call out for help!! It happens with both Keenan Wynn AND Leonard Nimoy's characters. This is a very commonly used movie cliché...so I won't fault the film too much. Otherwise, a terrific film...far better than I'd expected. I'd say more but I don't want to spoil the suspense!! Average TV-thriller takes place aboard the nuclear submarine USS Anthony Wayne. It's commander (a sturdy Leonard Nimoy) is leading the Wayne to an unknown destination for a top secret mission, but on their way his recurring headaches and seemingly ill health (and psyche) worries the crew. At the same time some major plot involving sabotage is under way... As a product of television, not bad, but it offers nothing new except maybe the enjoyement of seeing Keenan Wynn as a real good-natured hero!