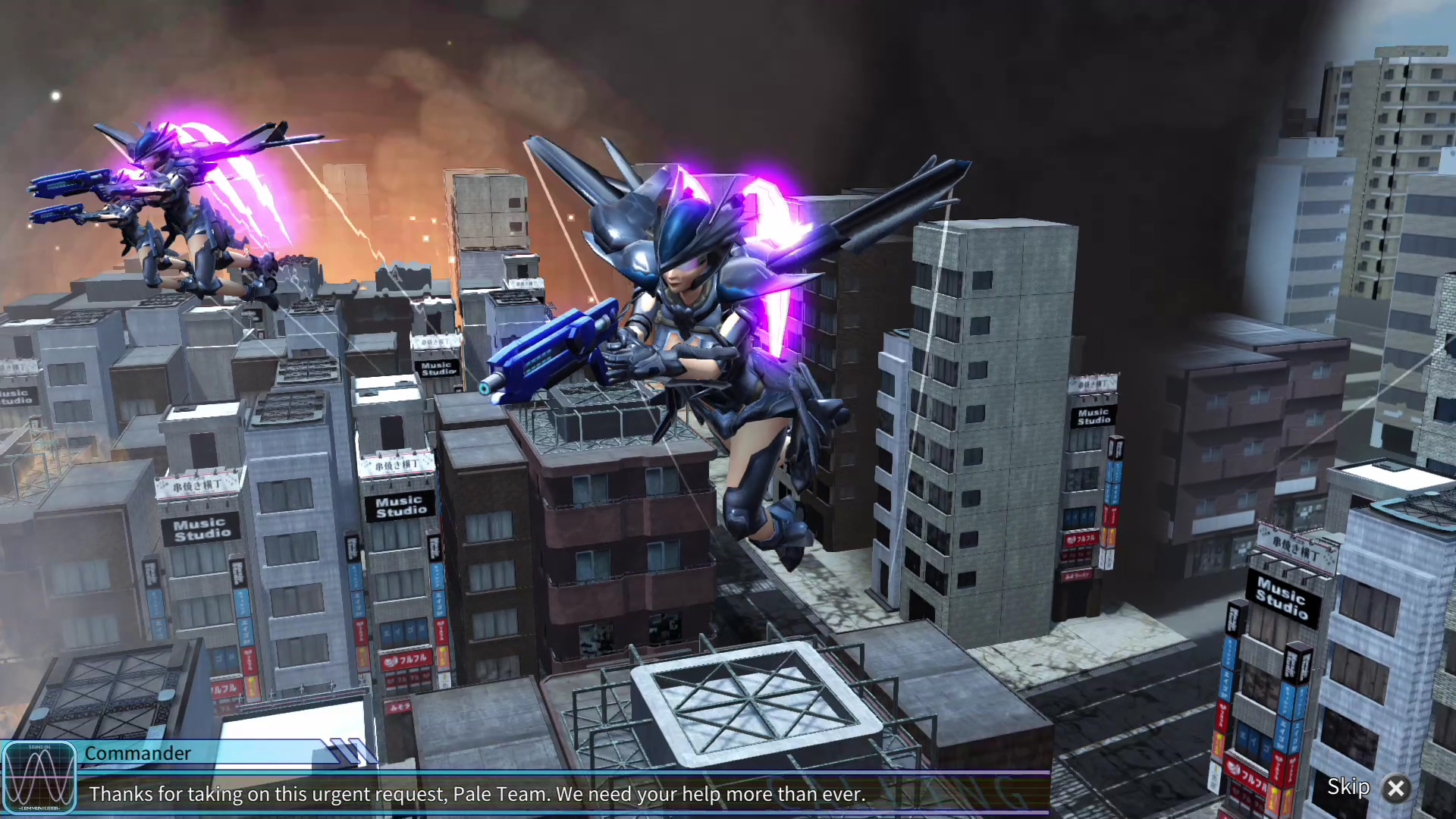 
Players will step into the shoes of a soldier in Pale Team, an elite branch
of the EDF's Wing Diver division, and once again fight in the world featured in 4.1.

This game features 60 different weapons to collect and master throughout
the game's 6 missions and 5 difficulty levels (Easy, Normal, Hard, Hardest,
and Inferno)! There's even a leaderboard for high-scores!

Story:
It's been several months since the most recent invasion of the Ravagers, alien beings
from another planet. The EDF have been developing a new aviation unit for
their Wing Diver soldiers. Their research has focused on making the units
suitable for long-term flight, and ground-breaking advances have been made
so soldiers can emergency reload without going back to the ground. The unit's
testing, being undertaken by the elite Pale Team, was entering its final stages
when the incident happened.

That very same day the EDF was amassing its forces in preparation
to launch an attack on the enemy mothership.
But that's when a large enemy force appeared, as if
they'd been lying in wait from the very beginning!

The EDF could only send what few forces they had remaining to eliminate
these giant monstrosities.

Our story begins with an emergency dispatch order coming to Pale Team,
right as their training is about to finish...

SHOOT UP TIME:
When the stage stops scrolling, its time for SHOOT UP TIME!
A huge influx of enemies will appear on the screen, forcing you to rely
on instincts alone to kill them all! The more you kill, the higher your COMBO
gets, and the bigger your score will become!

The Ravagers Versus The EDF:
These in-game missions are fully voiced with a whole host of characters that
will interact with and support you. From the Ranger Units fighting on the
ground to your other Pale Team members providing back-up, and even
civilians trying to escape! 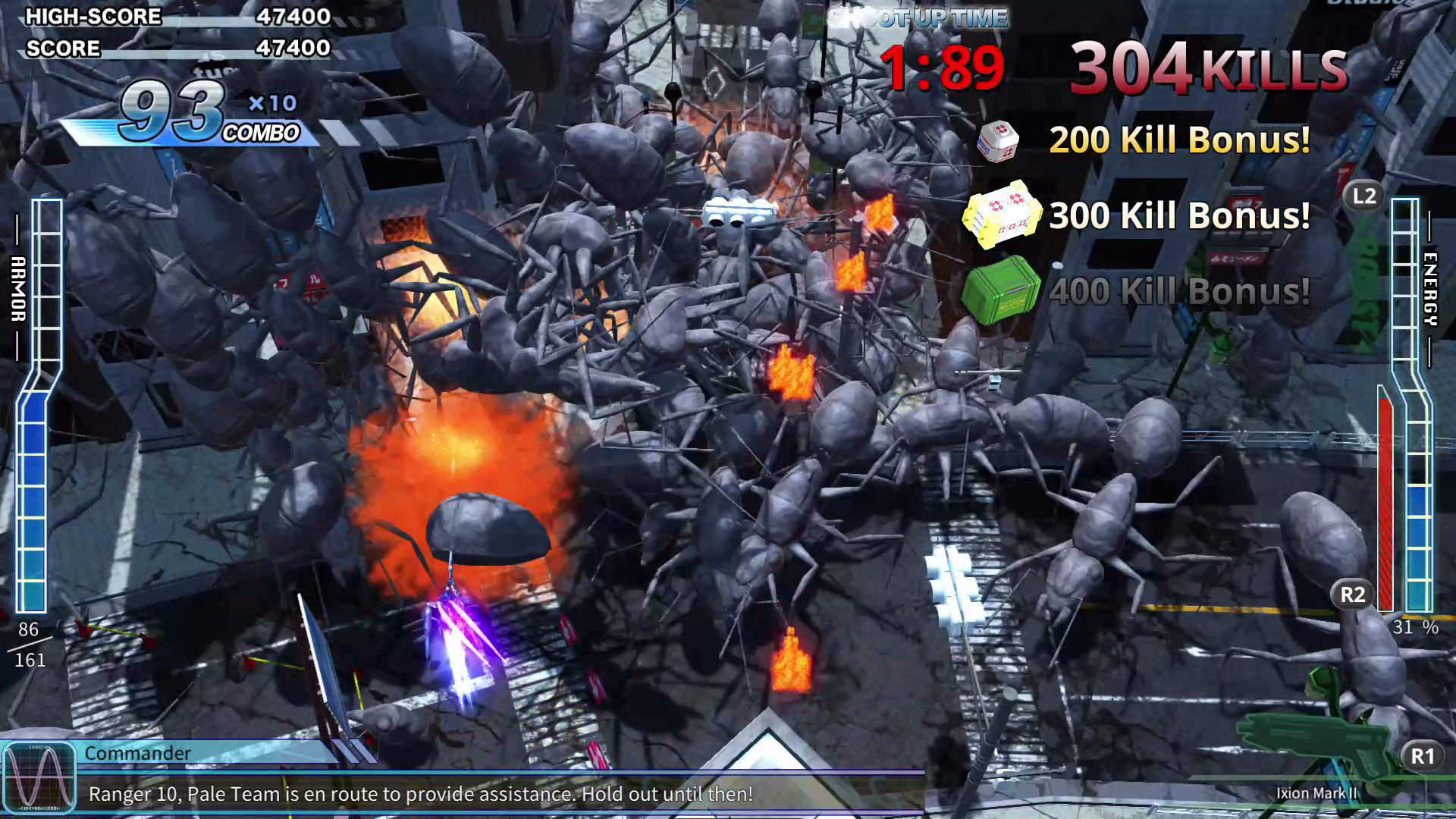 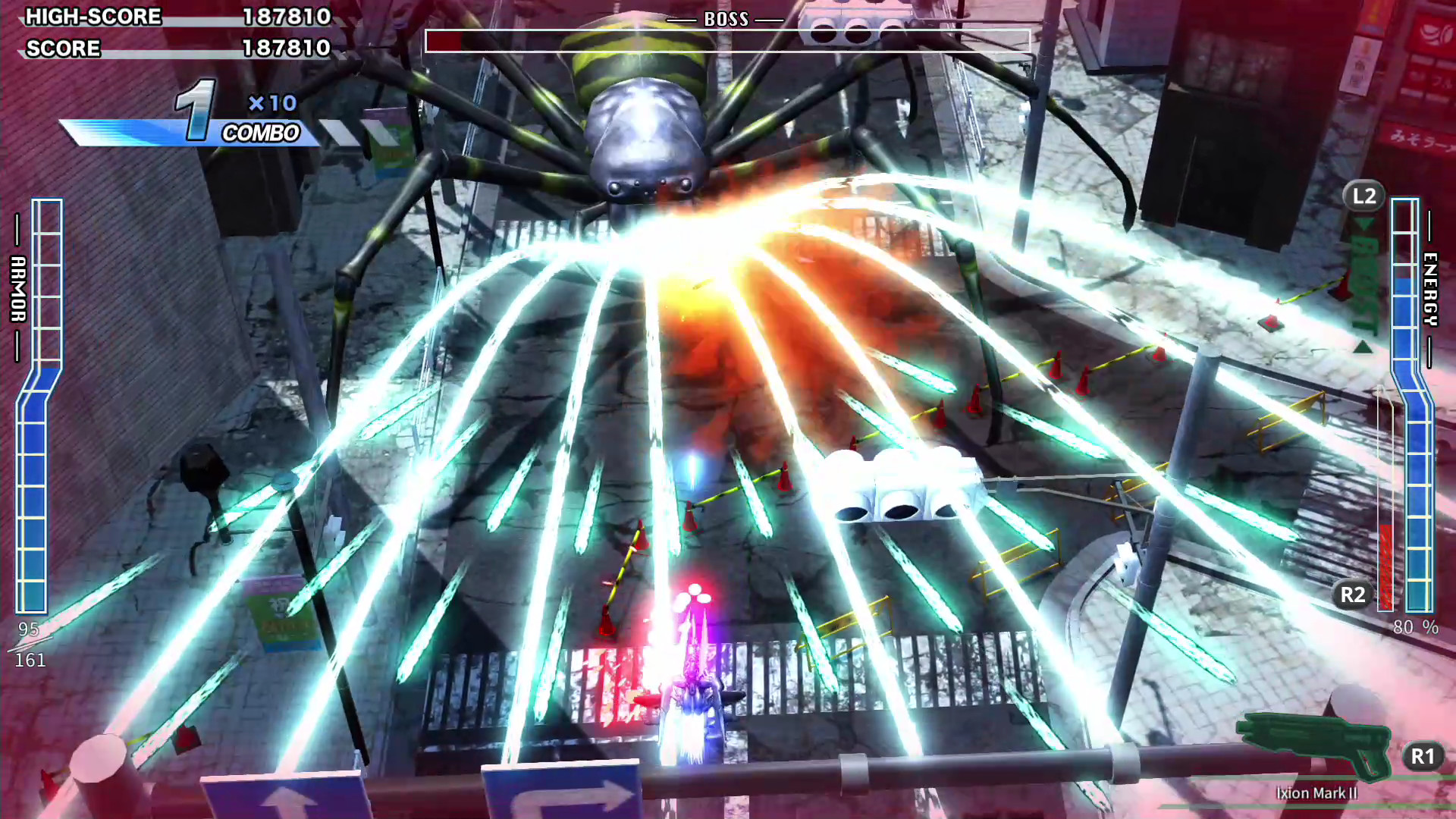 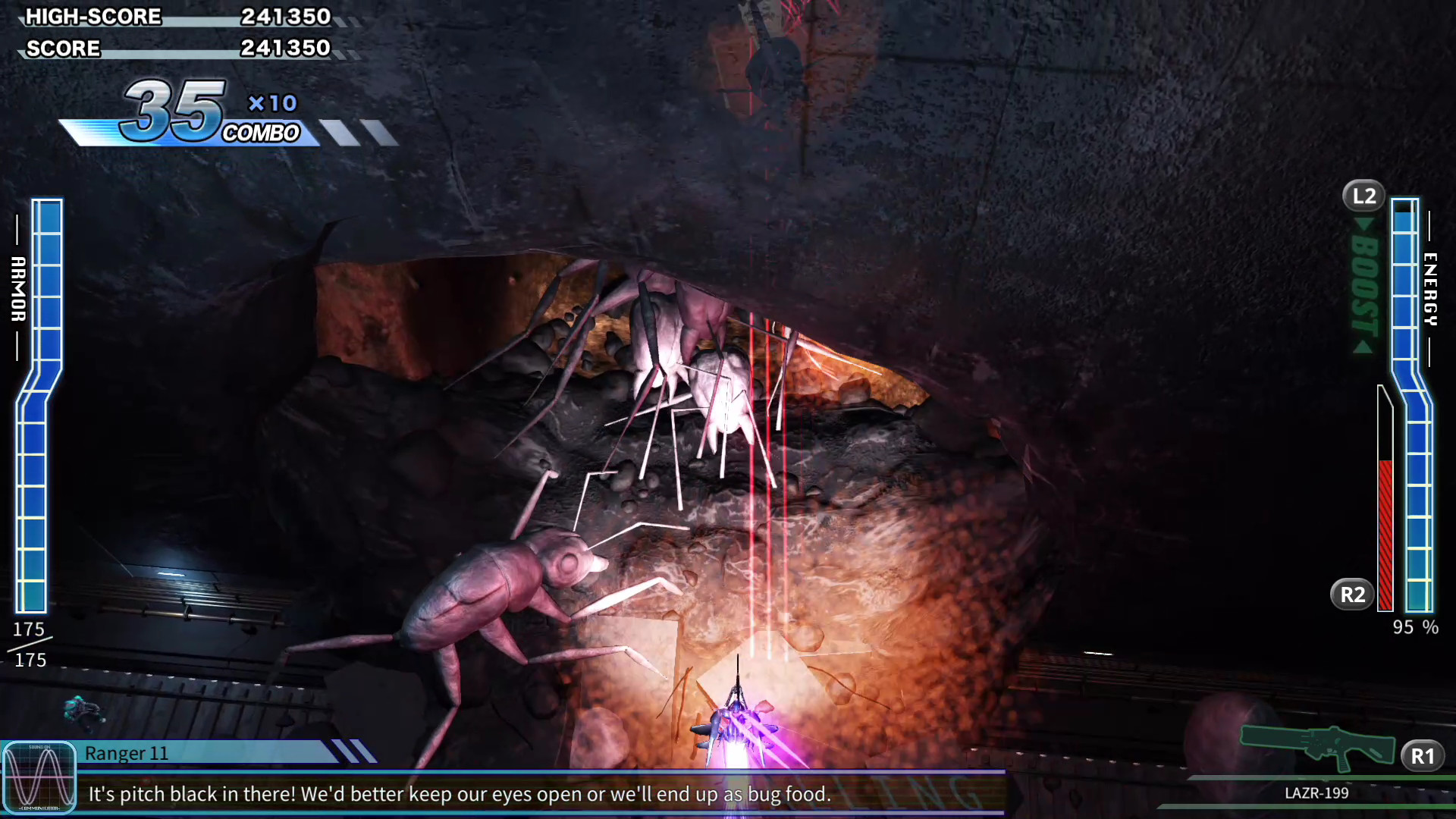