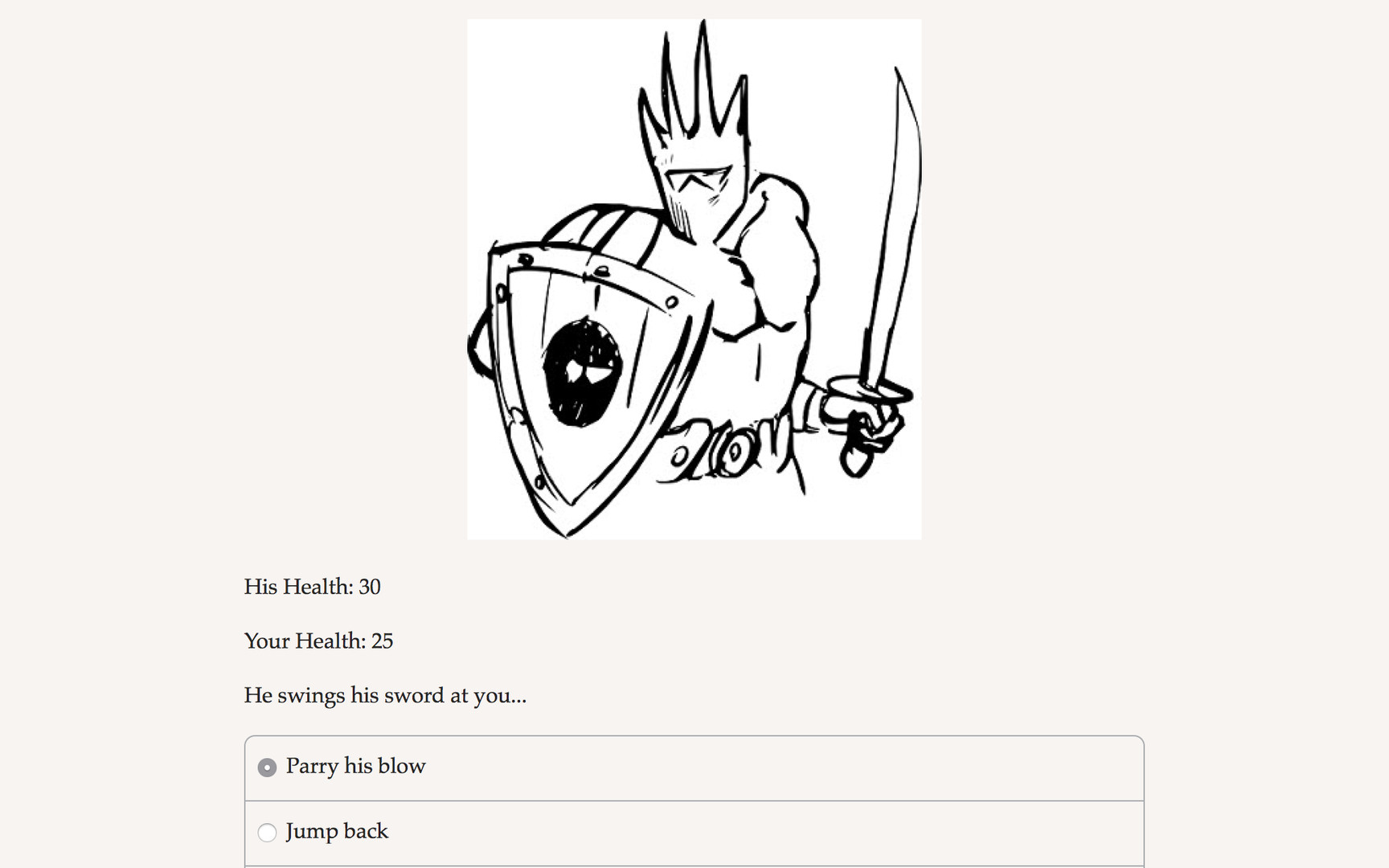 Play a young peasant boy who becomes squire to a legendary knight. Travel the realm competing in jousts, archery, and melee competitions. Train hard in order to become a powerful knight and eventually compete in The Great Tournament to decide the fate of the realm in this medieval story.

The Great Tournament is a 190,000 word interactive fantasy novel by Philip Kempton, where your choices control the story. It's entirely text-based—without graphics or sound effects—and fueled by the vast, unstoppable power of your imagination. 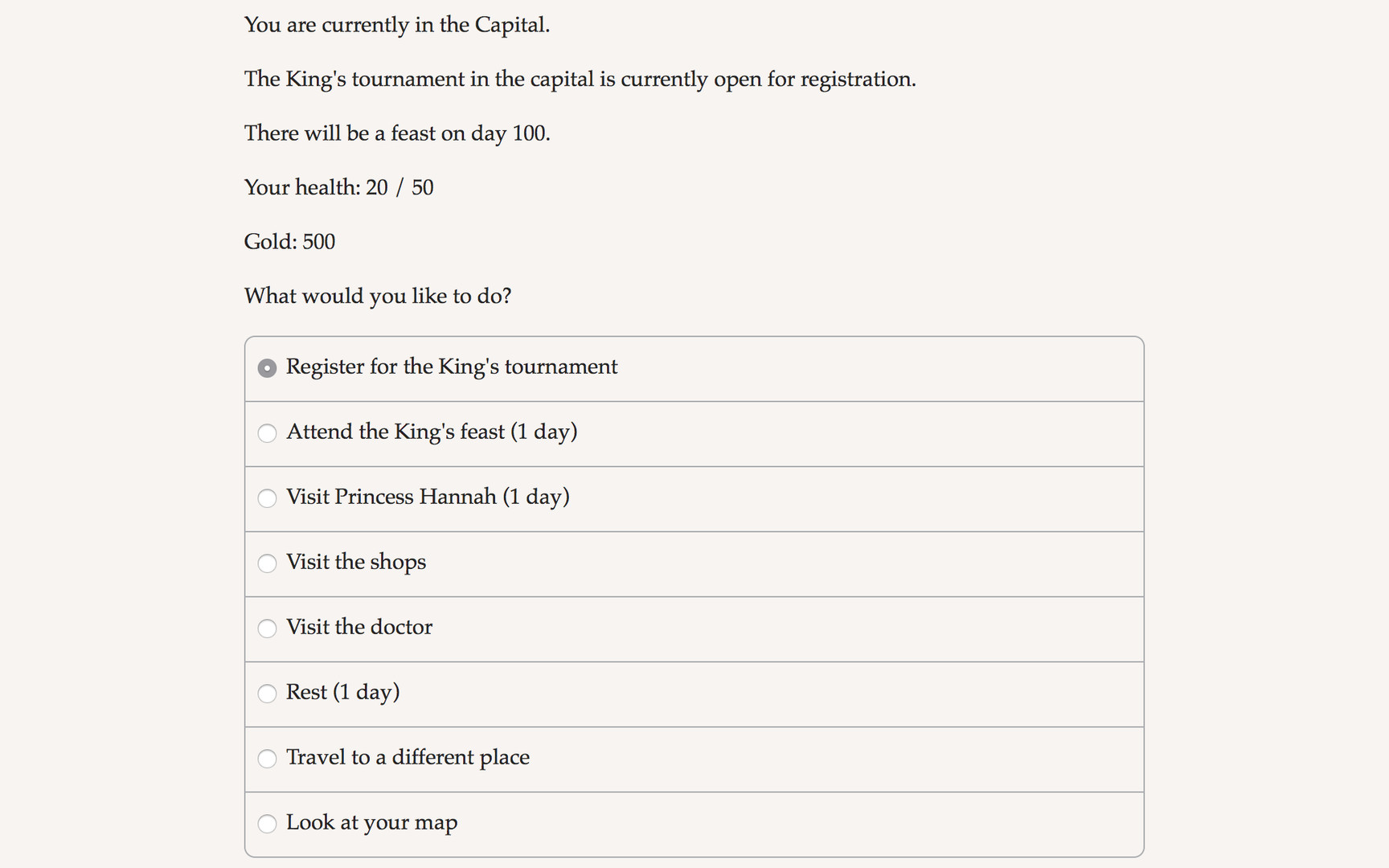 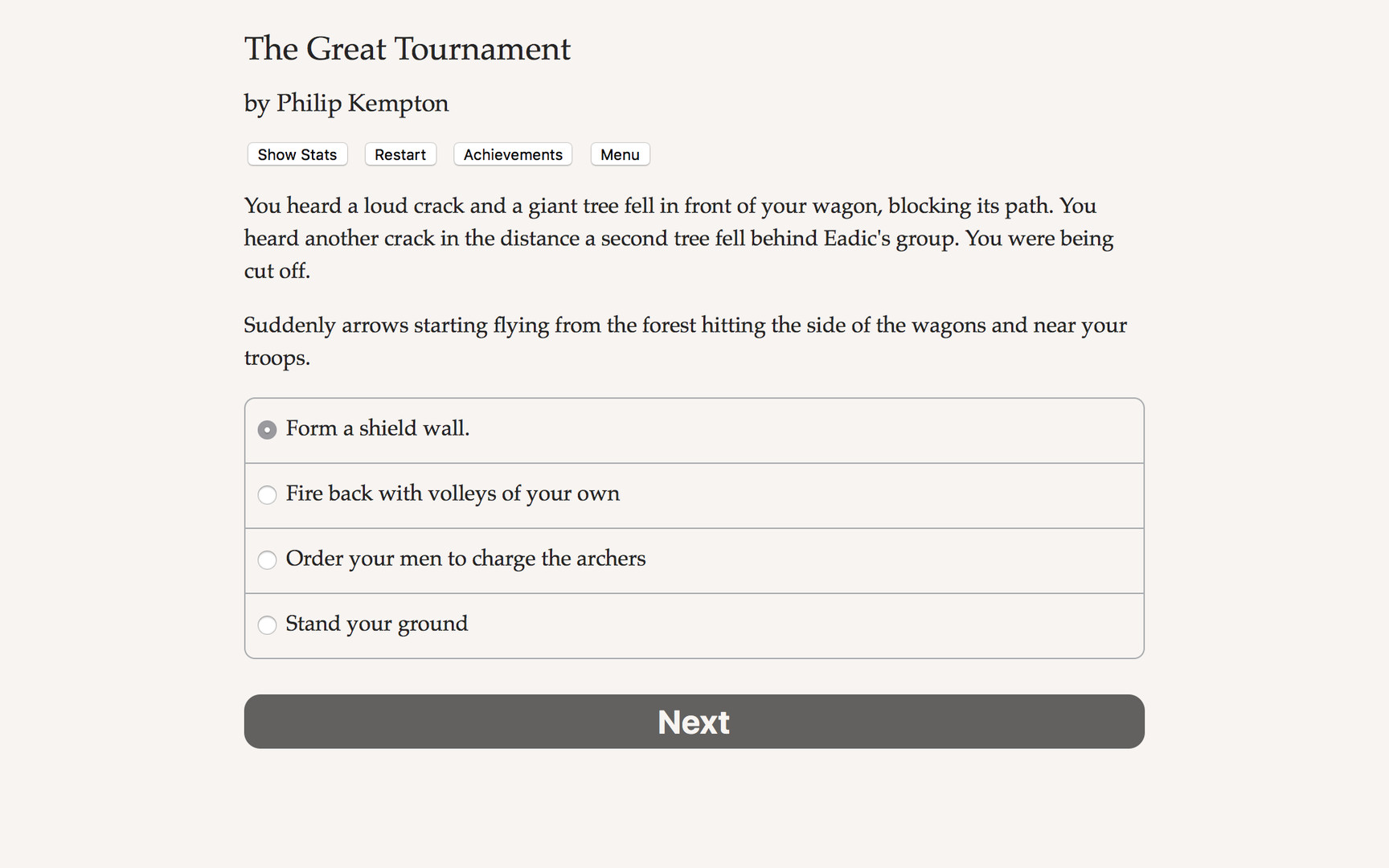 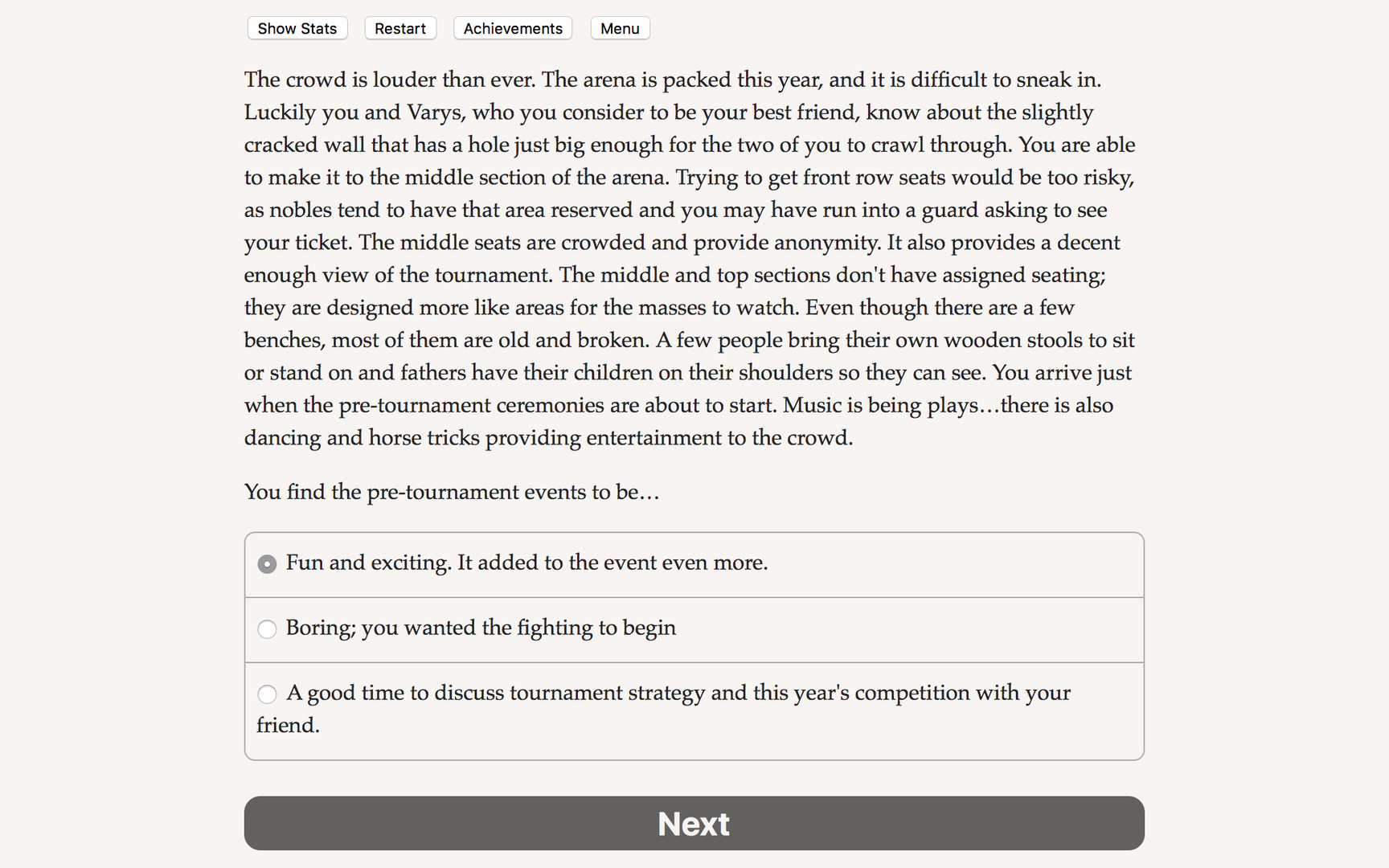 Great little adventure, totally engrossing and well worth the $5, easily need to play it twice to achieve everything in the game. For a game that was released a year ago, it still has both gramatical and timeline errors.
For example, I am talking with a page in a kings court, and during my conversation with him, he says "Oh, wow, that is really cool." I guess I'm a bit picky about that but it is not the only instance of language like this, and you could easily write this game that way, so you could make it feel more "medievally" without sacrificing intelligibility.
I will also mention syntactic errors, and though I'm not a native speaker, I've spotted some.
And last but not least, there are instances in the story, where I could've made some minor story choices, but I'm unable to do so. It were mostly small things, but those choices would be much better than clicking "next".. The Great Tournament One : good story that seemed a little slow to me at first and that surprised me with dramaturgy in the middle.

The characters, despite being very simply depicted in just a few words, gives a sense of depth in their interactions and dialogue and I loved them.

The romantic interests have balanced amount of lines of dialogue and neither one is made more charismatic than another, even the princess. Their scenes felt very personal and touching. The flaw maybe that it sort of comes out of the blue and the character was'nt really so important until then. The amount of time required to develop romantic interest seems also very short, not logical and a bit forced or maybe it's intentional and the narration let you imagine and suppose that it actually spans longer than that. Even though, it's well written and done. You can see the author cared.

The mechanics are awkward and the RNG infuriating. There are many typing mistakes or awkard sentences but that does'nt impede much the storytelling. One thing though : the ending lacks a little depth in description. It's like "and they were hapily married and had a lot of children".

I don't have much to say, it"s kind of a unique CYOA that blends in a diversity of scenes and though it has definitely flaws it also has specifics aspects that weigh the balance on the best side of CYOA.. Very in-depth story with a lot of replay value. I already got my money's worth out of this title and plan to play through a few more times!. The great tournament is a choice of game set in a low fantasy-medieval setting.

The writing, which is the most essential part of the game can be considered somewhat solid. The story has no real twist or any other kind of element that would stand out. The choices given to the player are medium in quantity and mostly do not posses the quality to make the decision a moral challenge for the player. I only relay had to think about what to do in 2 or 3 situations. The problem is that the players gets the feeling that no matter what choice he makes the story does generally continue on the same path. Many times it is also possible to play down all choices and see what happen which further increases the feeling that the choices are only partly influencal. Best example for this is the training before the tournament when you can train on all 4 fields instead of choosing only one or two.

The choice of game setting especially pays of in the battle scenes as it makes the written word more exciting when you are waiting to see what your actions result in. There fore the Wagon fight scene and the fight on the pass are considerably the best parts of the game.

The whole world could have been better with no magic at all, as it does not hold a significant part in the story and shows only once or twice in the game. But that is just a personal opinion or preference.

The game does not poses any replayability, which is sad as the different choices could lead to interesting different options the player could be motivated to try out. However the overall feeling of choices not effecting the story very much and the texted based parts of the story lower this initial convenient environment for multiple play throughs.

Kind of interesting are the possible development areas and additional content and mechanics for the game. A more choice and less text based version could be a interesting thing to try out. Further more a character screen and better visualization of connection to the characters and the characters between each other could also be tested out. This would also give depth to the rather shallow characters created by the writing. But a I am rather new to this kind of game I can not fully evaluate how much of it is doable or how much of this ideas are already made.

All together the game is a solid experience if you have about 5 hours to spare and like stories in a medieval setting.