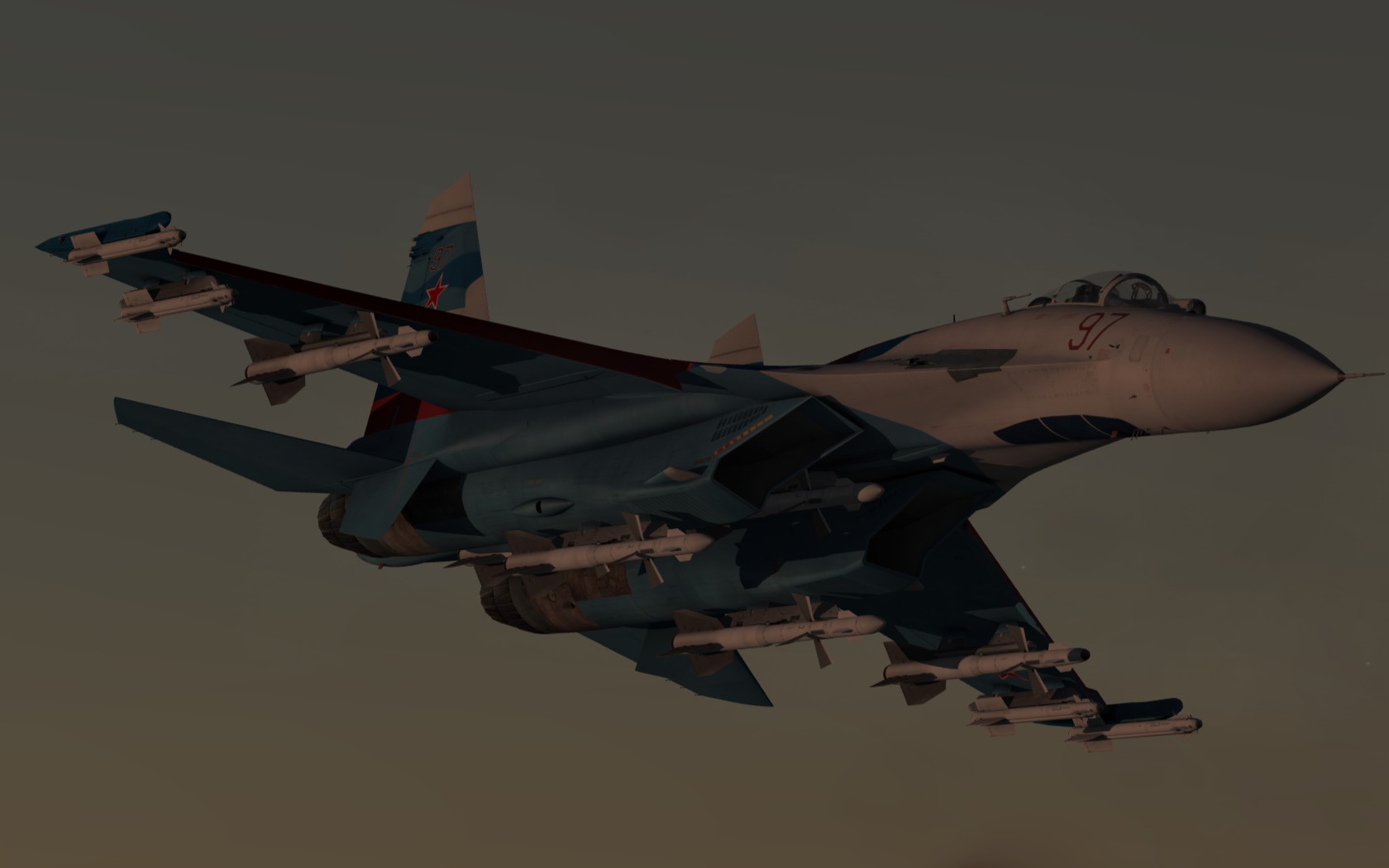 The Su-27, NATO codename Flanker, is one of the pillars of modern-day Russian combat aviation. Built to counter the American F-15 Eagle, the Flanker is a twin-engine, supersonic, highly maneuverable air superiority fighter. The Flanker is equally capable of engaging targets well beyond visual range as it is in a dogfight given its amazing slow speed and high angle attack maneuverability. Using its radar and stealthy infrared search and track system, the Flanker can employ a wide array of radar and infrared guided missiles. The Flanker also includes a helmet-mounted sight that allows you to simply look at a target to lock it up! In addition to its powerful air-to-air capabilities, the Flanker can also be armed with bombs and unguided rockets to fulfil a secondary ground attack role.

Su-27 for DCS World focuses on ease of use without complicated cockpit interaction, significantly reducing the learning curve. As such, Su-27 for DCS World features keyboard and joystick cockpit commands with a focus on the most mission critical of cockpit systems.

Key Features of the Su-27 for DCS World: 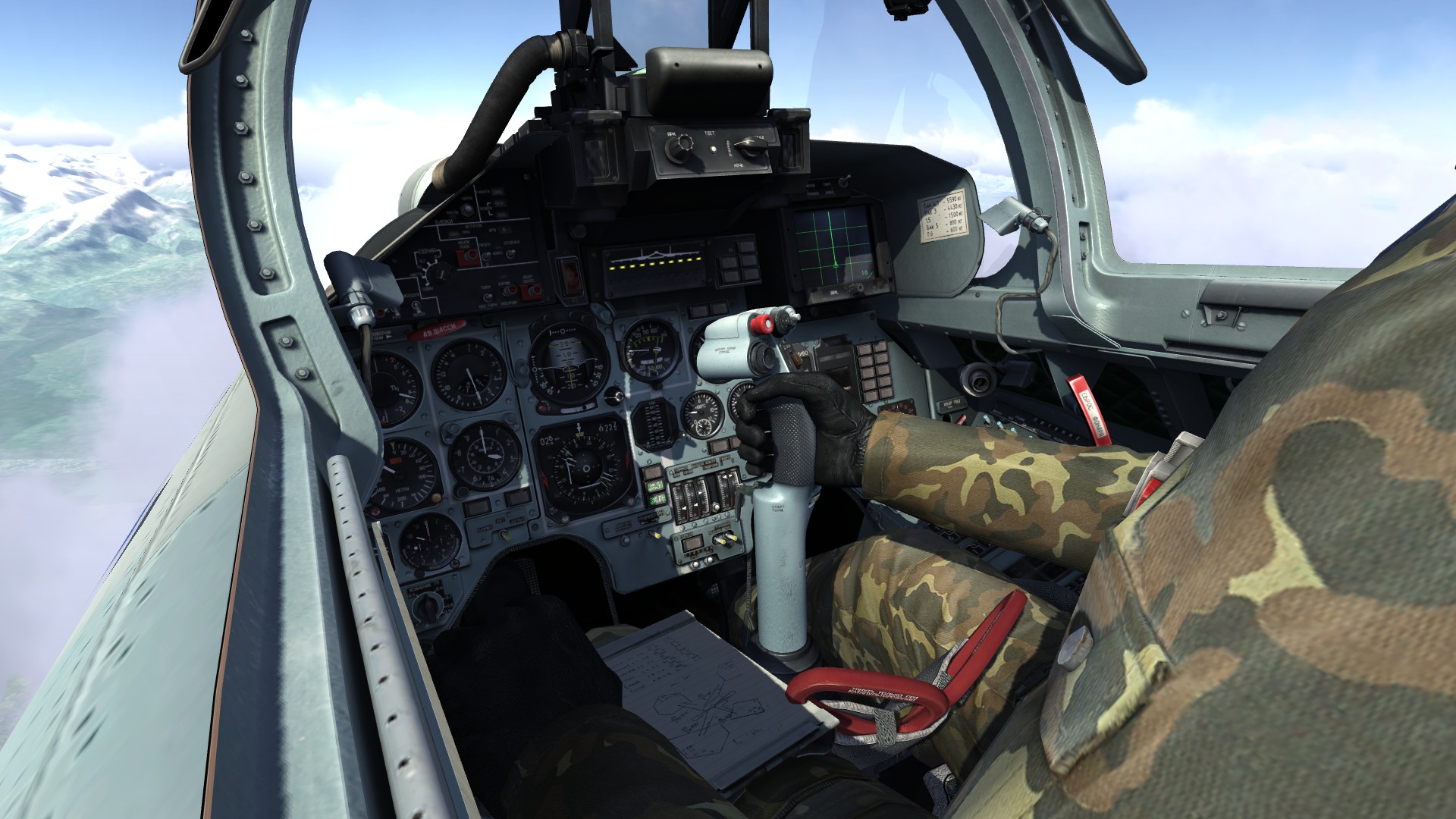 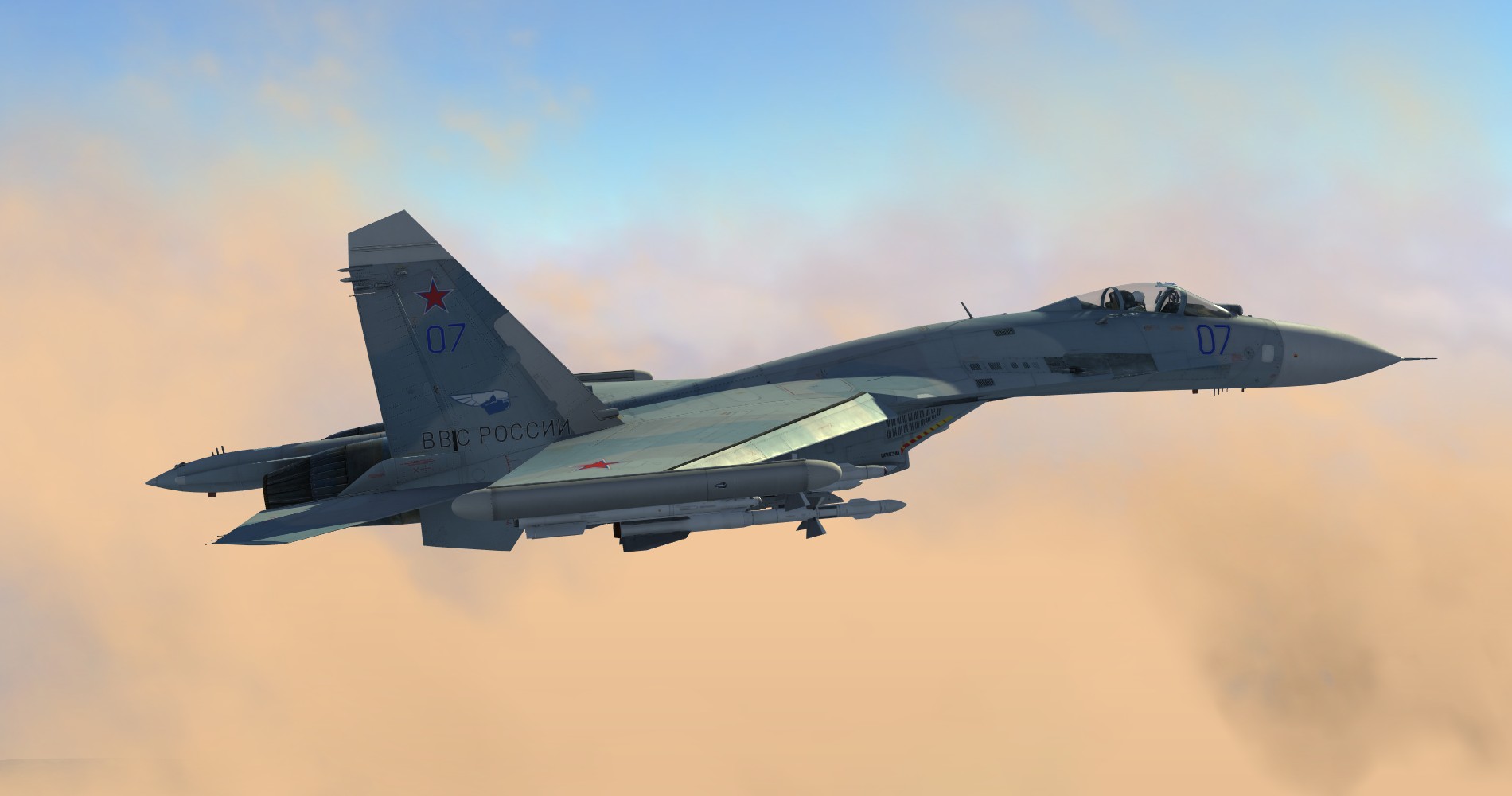 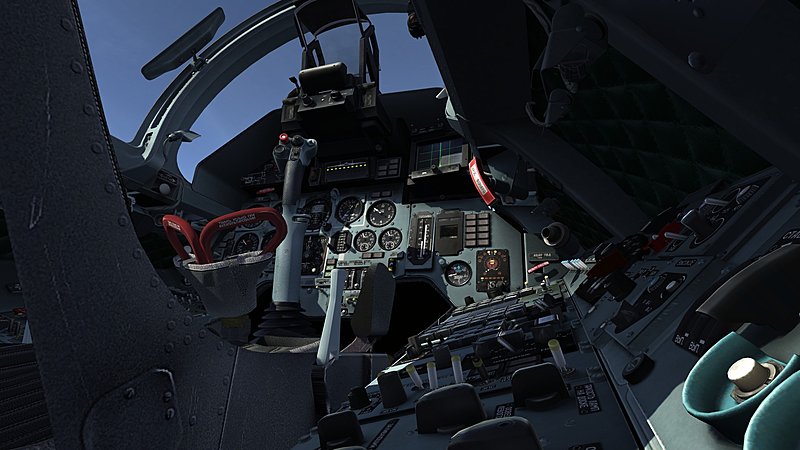 
This is one of the best fighters to get started with in DCS World. The pit isn't clickable, which makes it much easier to learn, but it does have the reworked "Professional Flight Model", meaning that the sensors and operation are simplified, but the flight modelling of the plane is on the level of the full modules.

It's also one of the only FC3 level planes with good tutorial missions. If you follow those you should be able to fly it well in about a week. IMO, it's also a better choice than the F-15C to start out with, as the F-15C has a more cluttered and harder interface, which might distract you during combat. If you'd like to do air-to-air refuelling and carrier ops, think about getting the Su-33 instead, which is a bit more sluggish but also carries more weapons and is carrier-capable.

Overall, I'd recommend getting the Flaming Cliffs 3 module entirely, but if I had to pick a single plane out of it, I'd pick this one.