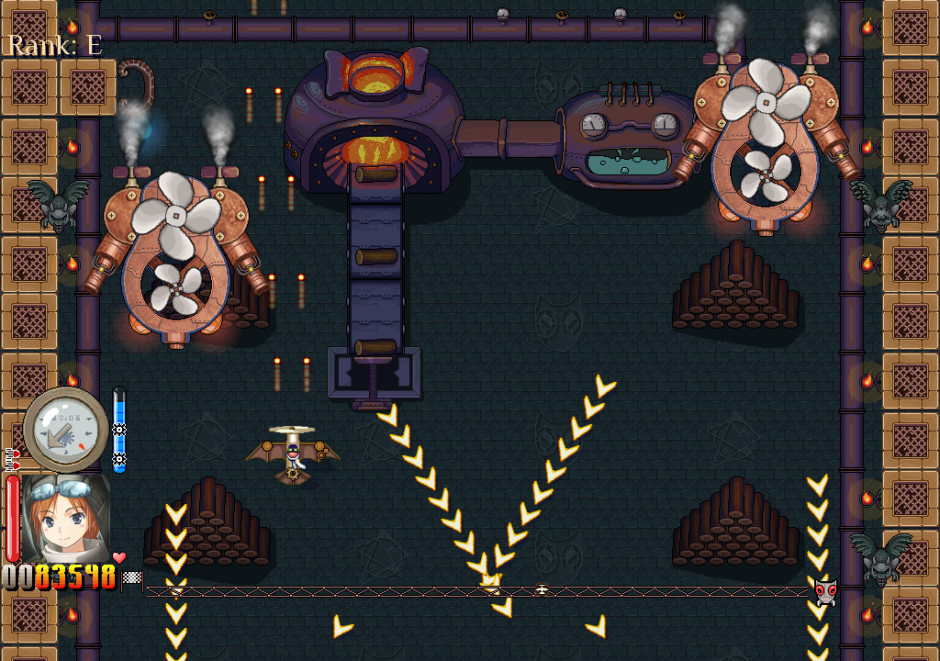 Welcome to helm! Steam and Metal — scroll shooter in the steampunk world. Hordes of steam enemies and huge bosses are waiting to be destroyed. Spectacular levels of handcrafted pixels waiting for someone to pass through them. Scoundrels have killed the professor and stolen his blueprints. Only his brave daughter in an experimental steamdriven aircraft is able to avenge her father's death. When there are too many enemies — just shoot 'em all up! 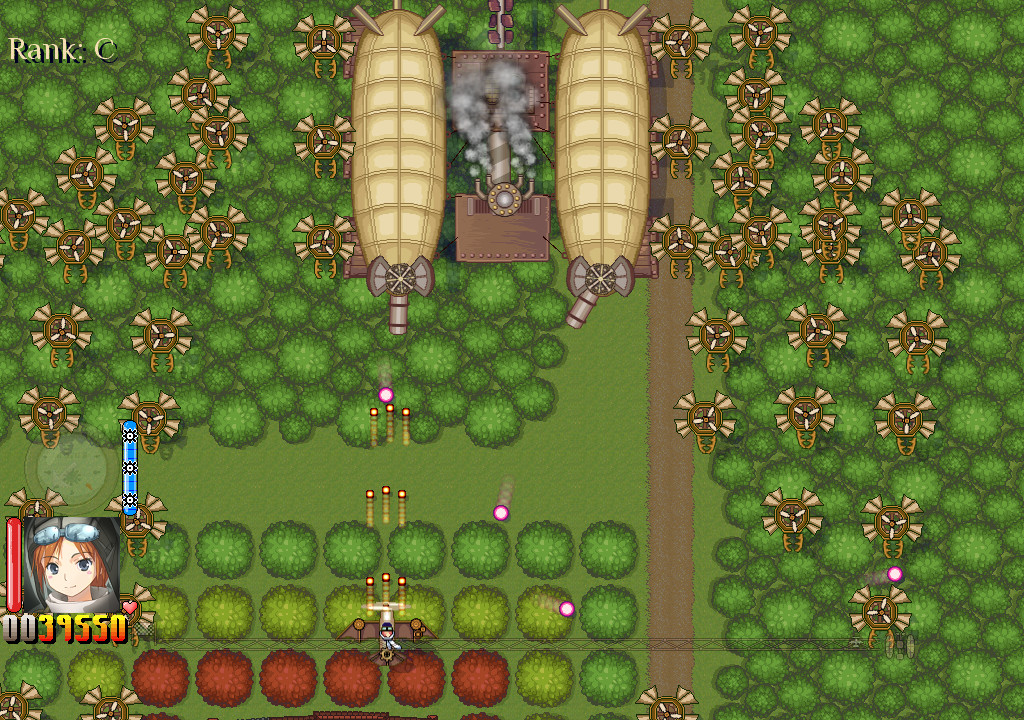 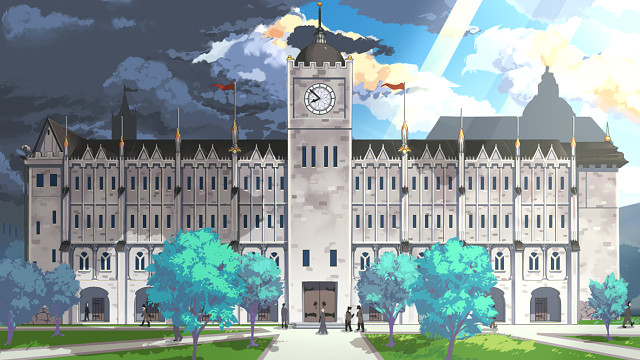 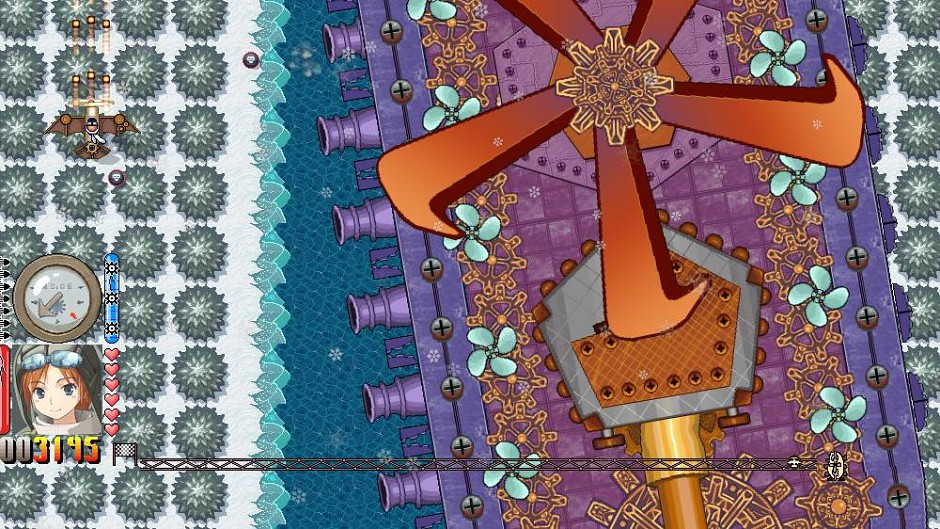 
Bought it for cards. Turns out it's really fun game. At least for a person who doesn't play SHMUPs that often. Gameplay is fluid and fun. Graphics are a bit meh, tho - at least the backgrounds :( Looks a bit like a Game Maker game from mid-2000's. Sometimes it's hard to tell what's in the background and what you will crash into.

... and the god damn cards aren't apparently even added to the game yet..? :d. I had ton of fun playing it.

Recommended for any Shmup fan, even if the difficulty is not too high(specially if you are a veteran in the genre), it is very enjoyable whit their colorful pixel art graphics and nice ost.

It has 6 levels each one themed differently , like: woods\/snow\/desert\/lava etc even on a beach
mechanics are simple, just shoot everything, the main gun has 3 levels and you can shoot rockets, that is basically all your arsenal of weapons.

Combo\/points system works linking kills between each enemy and collecting the cogs enemies drop. Nice intro!. Gameplay is ok, but nothing special, powerups are pretty uninspiring, and you're left with nothing after dying, which is frustrating. Plot and window-dressing are well-drawn if a bit cliche (then again that's steampunk as a whole).

It was inexpensive on sale, so I'm fine with paying little for mediocrity, but each time I close the game, it completely screws up my desktop and I'm forced to close and restart Steam. It also took Edge out with it (not my main browser), so the issue may be related to some microsoft framework.

Meh.. Standard front-scrolling shooter. But it when on sale. Mildly recommended... I grab Steam and Metal on 85% discount,
For that price and I can get a game, I think is a Good Game Deal.
Though Steam and Metal it doesn't impress much....on my 1st gameplay.
The game is not that crappy either, is acceptable for what it worth.
Steam & Metal gameplay is pretty barebone, we won't be getting any great or impressive power up.
The shootin not bad; but... just not that adrenaline rush if compare to other in same genre.
The power up just a from single stream of firing mode to triple stream firing mode,
Is has nothing much to offer and make us feel powerful or rewaded to battle the EVIL.
The graphic look pretty neat not messy.
The BGM is pretty cheesy and not bad overall.
The worst or what I dislike about this Steam & Metal,
we can't rebind our key and there is no resolution option, I haz sad.
Although the resolution can't be tuned yet the F.O.V is good with this game,
Unlike some other game that really make us a headache from the view.
About the control,
I has no idea about Keyboard and Mouse but with a 360 Controller, it feel pretty smooth.
I didn't realise there is DEMO for this game before I bought em.
But for the 85% discount and the little fun it haz offer me,
I think is worth to keep it in my library.
Try the DEMO or just bought em for the 75%-85% discount.