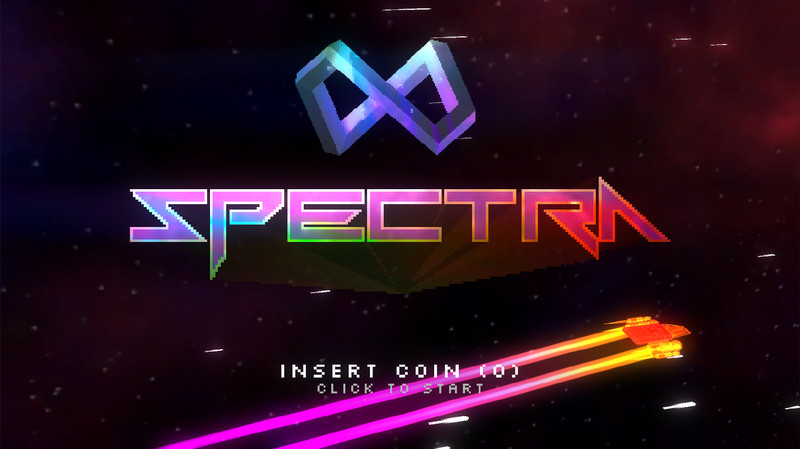 Spectra is a dynamic twitch racing game that will keep you on the edge of your seat! Blast your nimble ship down intricate ribbons of light in time to the dynamic beats and original soundtrack by chiptune artist legend Chipzel (Super Hexagon, Size Does Matter, Interstellaria).

Be prepared to get your heart pumping as you drift into a trance with just one objective- survive till the music stops! Navigate around obstacles, collect points whilst trying to drive with as much style as possible and stay on the road. As the player progresses through the levels, the speed increases requiring more advanced dexterity to survive!

Featuring two powerful gameplay modes (Normal and Hardcore) with 10 unique music tracks used to generate procedural levels, race against the beat to experience unlimited playthroughs! Staying sharp is essential and reaction timing vital as memory is obsolete with this nostalgia-driven, arcade-like game. Spectra is a veritable homage to arcade games of old; true mastery will require all your twitch skills and the beautiful retro-style graphics will have you just itching to dig up your Atari! 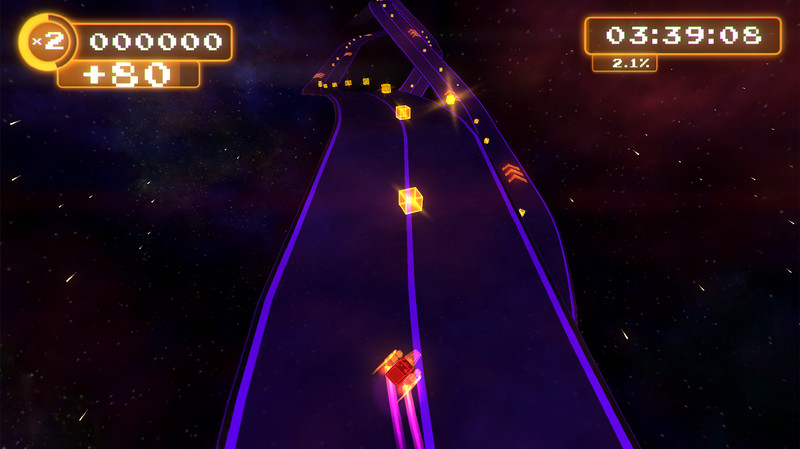 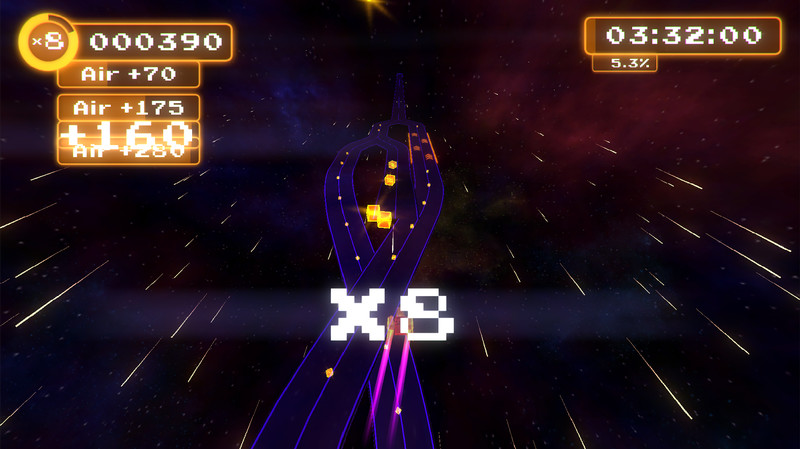 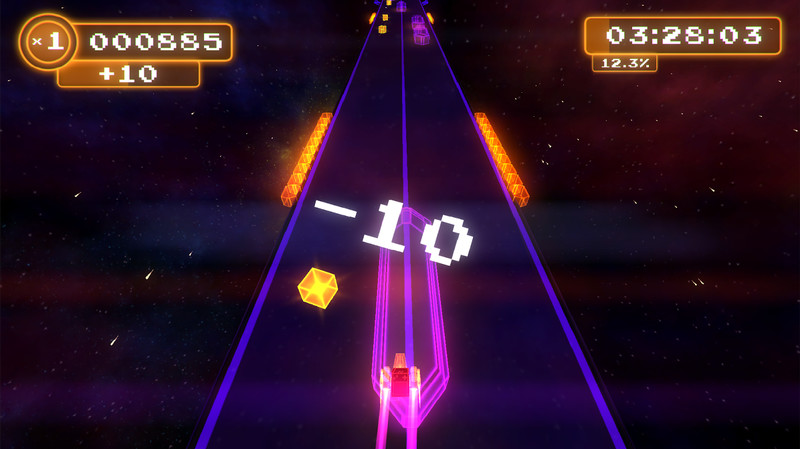 
Truly, an amazing experience. I actually played this when it was on show at a convention; it was good then, and it's still good now. A flawless soundtrack, a pulse racing gaming experience, and all around very entertaining.

My only issues have been occasional frame tearing (which, considering I'm using a gaming laptop, is somewhat concerning), and the fact that I would have preferred to get it on my Xbox One, but it was pulled from the marketplace before I could purchase it.

Thank you anyway; an amazing game that has obviously had heart and soul poured into it.. This game became super addicting. I found this out due to my firned owning it on his xbox one, and I played it until 3 in the morning. I beat all 10 levels in a couple hours, and it was super fun to do. I recommend this game to all, but make sure to grab a couple friends and take turns, it gets really intense!. F*cking love this game!

Looks great, sounds even better and its freaking HARDCORE!!!

http://www.youtube.com/watch?v=-GJyZv4QGEI&list=PLplLGcjtA0L_5t.... Addicting!
Catchy music.
Easy to learn, but not to easy to master.. I'm recommending it for the music alone, though the game itself could stand to be improved. For one, there's no volume slider, forcing you to utilize your desktop audio mixer. Two, the levels have the same color scheme...mixing up the atmosphere from level to level would have made the game seem a bit less repetitive.

http://www.youtube.com/watch?v=vbFz7qoNlng. This game became super addicting. I found this out due to my firned owning it on his xbox one, and I played it until 3 in the morning. I beat all 10 levels in a couple hours, and it was super fun to do. I recommend this game to all, but make sure to grab a couple friends and take turns, it gets really intense!. Not a bad game. I picked it up for 5.99. I wish the levels felt a little more diverse and some more variables to spice things up ,buuuuuut its fine. I probably would not have bought this if it did not have Chipzel in it. Not as addictive as SuperHexagon.. I love challenges, if you want a game that won't hold your hand all the way through then Spectra is for you.

The music is great, Chipzel hits the spot.

Definitely worth buying.. Spectra is exactly the game I was expecting, while listening to the eponym album by Chipzel.
You ride and it makes you feel badass. The scoring system is interesting since you earn points by doing dangerous actions (like touching the walls), but be careful, if you bump into them, you lose your multiplier (you gain multiplier with boost on the floor) AND the point you accumulated from your chains.

At first, you have to take the maximum of Yellow Pixels you can. Don't take everything if you know that you'll lose them.

So if you wanna score well, you have to know when you have to take a break, resetting your multiplier to zero but counting the accumulated points to your total points. Those points cannot be lost.
Be careful to not fall from the track, because it's game over.

Awesome game, and Chipzel is a really big plus. <3. Great soundtrack full of chiptunes, but unfortunately little else about this game is good. This game could and should be so much better but instead it feels like so much wasted potential.

The controls are terrible: You'll be sliding dramatically left and right even with the slightest press of the controls, as if the entire game is covered in a thick sheet of ice. In a game where obstacles are often placed in rapid succession, this makes it almost impossible to actually avoid everything. If you're lucky, you'll grind off the side of something and get bonus points. If you're not, you'll bounce off of the very same thing and fly off the track, immediately ending the level.

The levels are procedurally generated in such a way that you can get a different track even when playing the same stage at a different time, so while this adds some variety it also makes the game feel even more inconsistent. It feels like the the music should be synced to the gameplay but it never is. This might be in part because the start-of-level animation also starts the music, meaning you can skip up to 15 seconds of the song just by letting that play out.

There are plenty of smaller quirks that make the game feel unsatisfying and frustrating. If it detects a controller, you can't interact with the game using keyboard and mouse at all; it will refuse to cooperate. When using keyboard and mouse, you have to use the keyboard in the game but the mouse to navigate everything else: you can't use mouse controls like in Audiosurf and there is no way to quickly replay a level or advance to the next without using the mouse. Smaller issues, such as an in-game timer that always shows 0 tenths of a second, pale in comparison to the greater problems with this title.