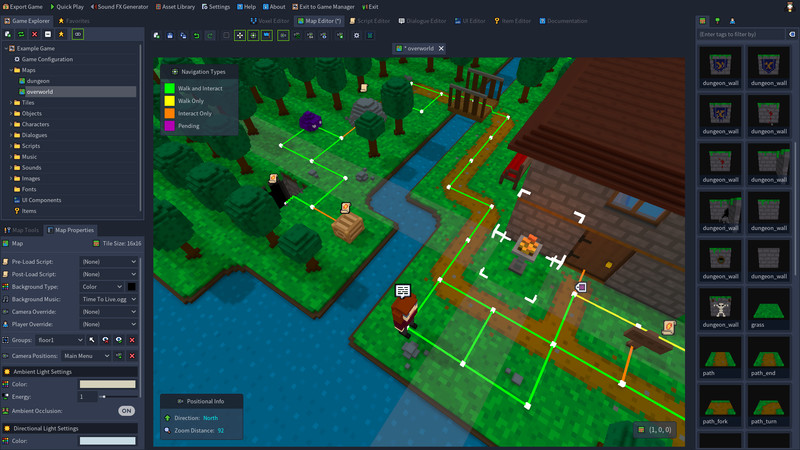 RPG in a Box lets you easily create 3D grid-based, voxel-style RPGs and adventure games! As its name suggests, it will contain every tool necessary for turning your ideas into games, all packaged together "in a box". The software is designed with a beginner-friendly approach as to not require any programming or modelling knowledge while still providing a wide range of customization and openness.

Please be aware that RPG in a Box is still in alpha and many of the planned features are yet to be implemented! Before purchasing Early Access, please try out the free upcoming demo to get a feel for the current state of the engine.

Create grid-based worlds with the tiles you've built, then bring them to life by adding interactive NPCs and objects using the editor's intuitive navigation and interaction system.

Write conversations for your NPCs using a visual, flowchart approach similar to that of the script editor. Branching dialogue is supported via player choices and condition checking.

Design one or more dialogue box themes and customize the appearance of many other interface elements such as the inventory, main menu, and credits roll.

Define basic items for the player to find in containers or earn through the completion of tasks. Attach scripts to trigger effects for potions and other consumable items. 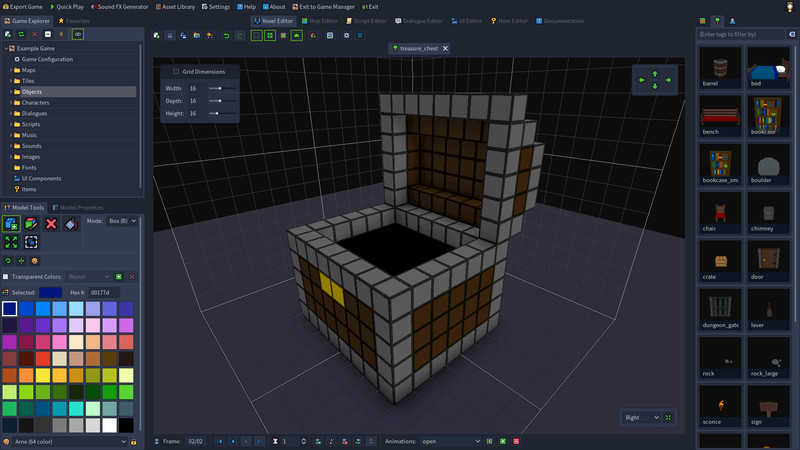 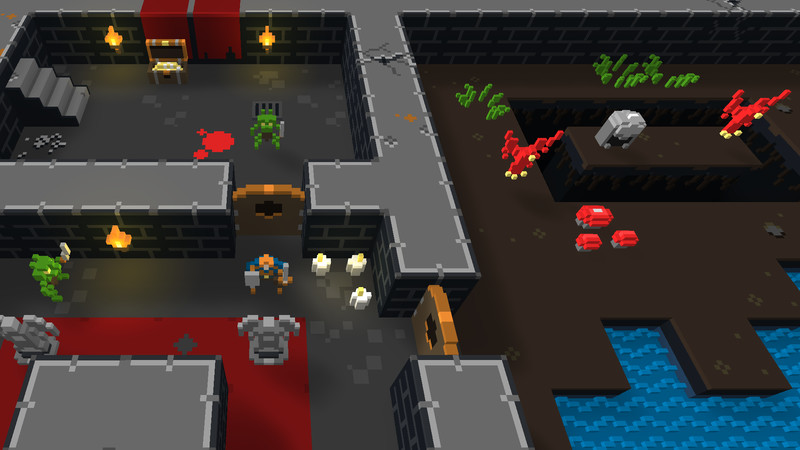 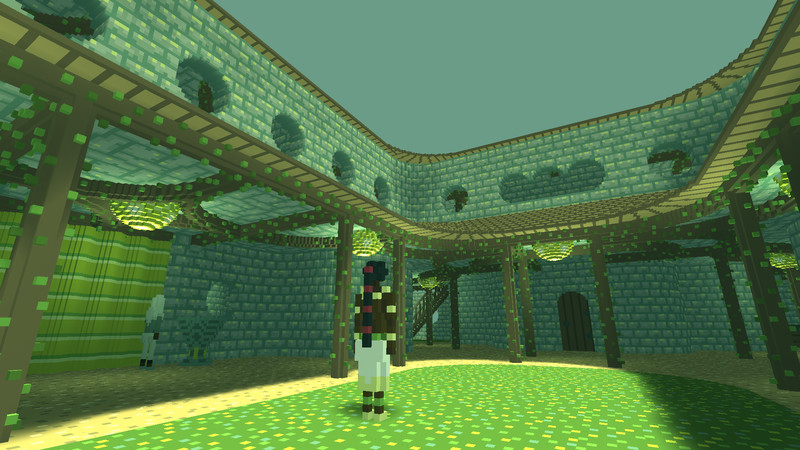