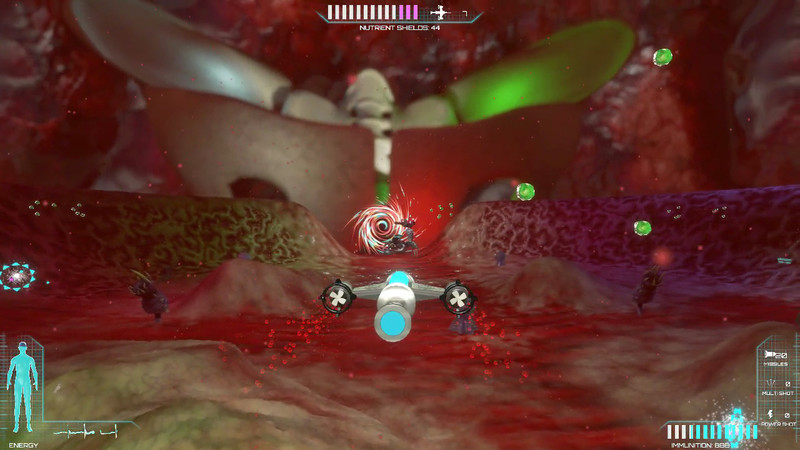 Full keyboard and controller support in menus and gameplay after launching the game!

Prepare to play a game like no other, where you shoot to heal instead of shoot to kill!

Pilot the Shotbot, an advanced nanotechnology battleship, deep into a stunning 3D world of hostile inner-space.


There are many strange creatures that lurk, ready to attack you on your journey...if you can make it.


You are a military scientist whose body is mutating after being infected by microorganisms that somehow escaped an enemy bio-warfare lab. Now, your life depends on defeating these pathogens by piloting a nanotechnology battleship called the Shotbot.

You have just gone deep underground into a classified research lab. Here, you enter a zero-gravity isolation chamber to visualize defeating disease through an interactive neuro-link to the Shotbot. During your battle, it is crucial to maintain your energy supply and restock weaponry by killing pathogens and collecting nutrients. Be vigilant, even in your darkest battle, because some of the enemies you defeat will leave behind powerful weapons.

Combine ancient wisdom and modern technology to mobilize the untapped healing resources of your mind. 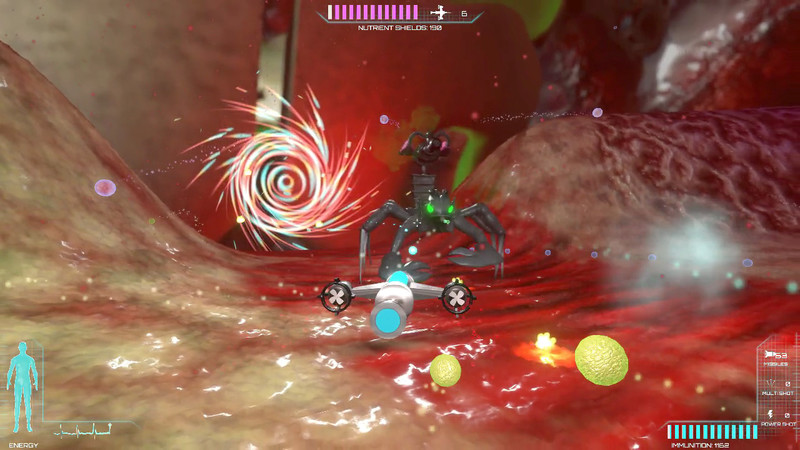 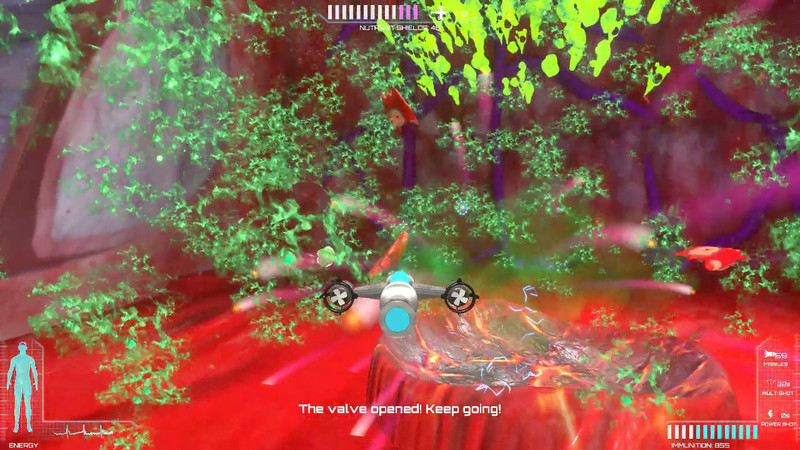 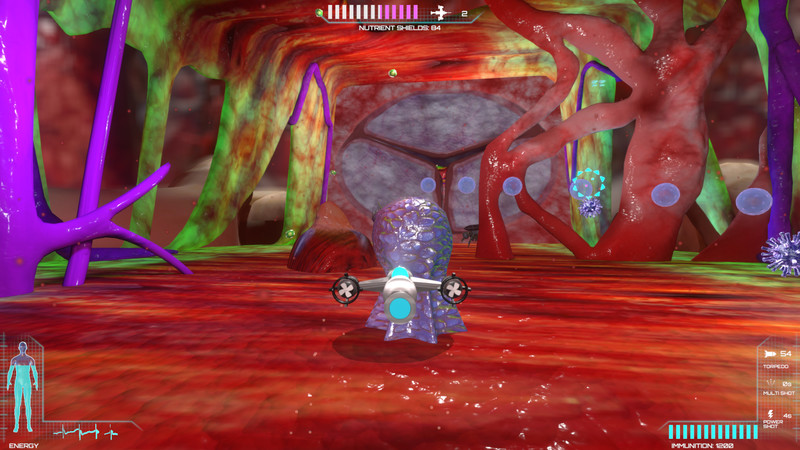