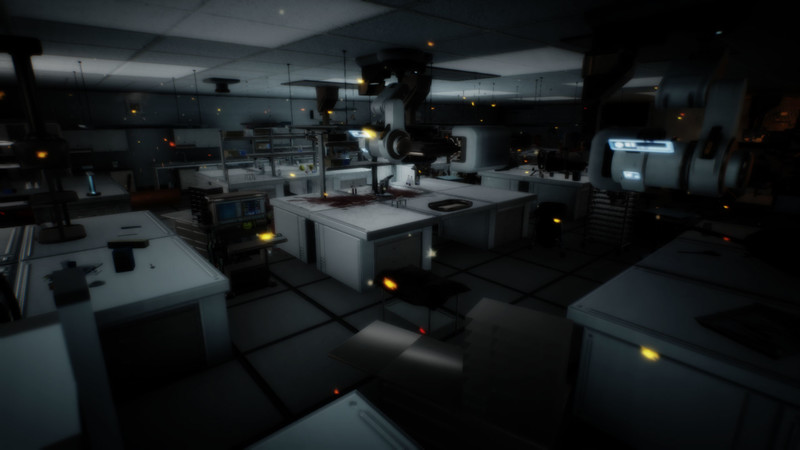 You, a scientist wake up to a reality you do not understand. You must venture into the heart of Johazardousburg to discover what has happened to the city and all its inhabitants while scavenging for resources and trying to protect yourself from nature itself.


Note for PC Players:
Customisable controls will be released in the next update. In the meantime, some hot useful keys to remember [ as are covered in the tutorial level ] are:

In Third Person - SpaceBar can be combined with the A & D keys for tactile dodging, and pressing C while running forward will engage in a slide [ useful, or at the very least styling - while also in slow motion ]

Have fun exploring and don't forget to apply that Bam-Zuk medicinal healing salve when in danger! 7aa9394dea 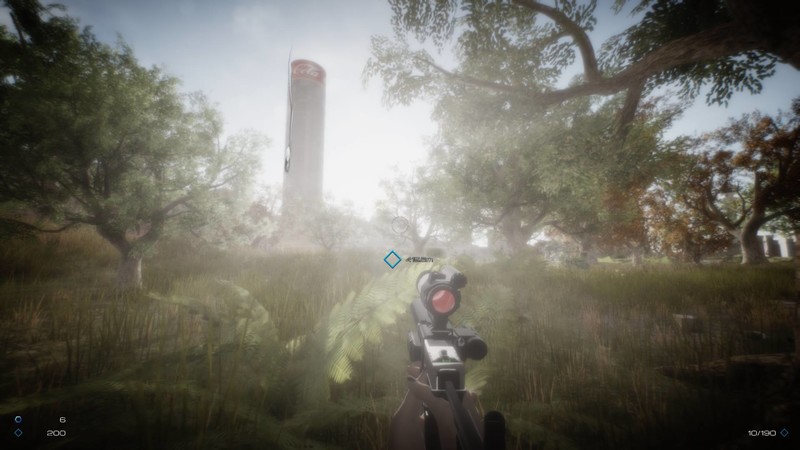 It is a strange game, which still need a lot of work, but I am in love.
I genuinely can't wait to see it develop.. Pros:
Graphics are good.
First person mode feels great
The world is quite large. and it is open world.
Gun fights with monsters are quite fun. They snuck up on me a few times and i had a few jump scares.
Runs smoothly on my pc in ultra.
Looks Like Jhb. if a bomb hit it. and now there are monsters.

Cons:
Needs Direction at the start of the game to tell you where to go to trigger the story as the world is a little big.
3rd person mode needs work.
No multiplayer - yet.
Not enough Mobs to fight while wandering around.

Honestly i had more fun than i thought i was going to. The graphics are better than i expected and the world is actually open to explore. Initially you have to get past some alleys and jump across into the Fields and you are free to roam around anywhere you want. Some areas are blocked off but i assume thats due to early access.

Here is some footage of me playing:
www.youtube.com\/watch?v=mK_abJRbgX8&feature=youtu.be\" target=\"_blank\" rel=\"noreferrer\" id=\"dynamiclink_1\">https:\/\/www.youtube.com\/watch?v=mK_abJRbgX8&feature=youtu.be<\/a>. At the price of two pints I feel that its more than worth it to support a single-developer game with such an ambitious scope. ( As opposed to comparing it to big studio titles )

At a minimum add it to your follow list and watch the progress.. I found out about this game a few months ago ,and was intrigued by the location it was set in .though i haven\u2019t as yet put dozens of hours into the game ,the few hours i have spent with it have been enjoyable .the open game world is a decent size with a decent variation in terrain and risk .the gun-play is solid and satisfying though at first ammo is limited till you learn where to find it which in my opinion adds to the overall feel of the game in a positive way .if you are looking for a fun and at times challenging first\/third person semi survival shooter then this is a game for you . (Sebastian Cooper's review). Gem! #LocalIsLekker. i pressume most not living in South Africa will not find this title entertaining. The little i played thus far was cool, seeing the local brands and references! Rad idea on nature taking over urban life. Even the music was pleasing - and it's not the kind i listen to. Thumbs up for the small dev team on this indie release! @The Impossible Object - do not be phased with negative reviews, everyone started somewhere with greatness - keep up the fun!

Now, since this is the alpha release (as per this edit: 0.4.2), herewith (remaining) issues i encountered (will update this review as i continue playing; note - other minor bugs i'll post on the general bug forum):
- my FPS is above 100, but the game still lags - below my current specs (not too phased on this (as i can only play on the "kak" setting LOL) as i await to complete my Vega 56 rig..)
>> Edit (installed SSD): FPS now above 400, lagging minimal - must then be HDD speed\/too little RAM (lagging = loading from what i can see)
>>> Edit (VEGA Rig): FPS now around 40 on uGrand in city, lagging gone (very minor split second instances only in city, which i will contribute to loading)

Cons
- Music is so loud, you can't hear anything else. Can't turn it off.
- No Settings Menu
- Graphics are deplorable
- Animations might as well be non-existant
- Level design is god awful. It's not Open World. It's linear streets blocked off with Trees. It's so stupid.
- $20 \u2665\u2665\u2665\u2665ing Dollars.. First off, this game is in development and has already had major updates and will be updated regularly which is a promising value for developers to have :D

For a game set in a devastated city, it's extremely green and overrun by creatures that you best not forget about or they'll sneak up on you and that's a bad thing to have happen! The city feels alive and there's so much to explore.

It's not an easy game, never forget to save!

Get this game and experience the taste of Johazzardousburg!. This game is evolving rapidly from an early state. It is a lot of fun, especially the familiar landmarks, branding and vehicles for residents of the real Johannesburg. So far the game has impressed and I look forward to playing more soon!. I have been waiting patiently for this game since I first saw it at rAge and now that it is finally here I can say I am certainly not dissapointed. The developers listen to their audience, which makes the game much more enjoyable because we are basically working with the devs in a sense. 4 updates within the within the first week or so of being live and still loving it! I am really enjoying this game, if you are from South Africa you will understand it more! Well done to the development team on their hard work. I cannot wait to see this game grow!

Side note: This game made me realize I don't actually know my home city very well :P