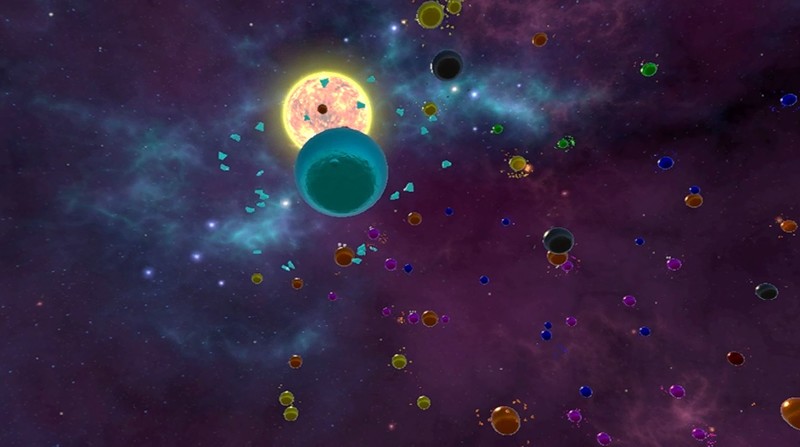 Lazerbait is a free arcade strategy game set in virtual reality with one simple goal: capture all the planets to build more ships and destroy your enemies!

The player is presented with a god-like perspective of a system of planets. Each planet that a player owns will produce ships over time. Using the motion controllers, the player can direct their fleet of ships from planet to planet in attempt to capture as many planets as possible. The more planets a player owns, the more ships the player can produce. Eventually players can build up fleets of many hundreds of ships that lead to awesome massive space battles.

The player is challenged by up to 7 A.I. characters in free-for-all style who are also working hard to capture all the planets and eliminate their enemies. The game is highly configurable allowing players to choose the game speed, map size, ship limits, number of A.I. players, and A.I. difficulty. Maps are procedurally generated at random for each game played so no two games will ever be the same. 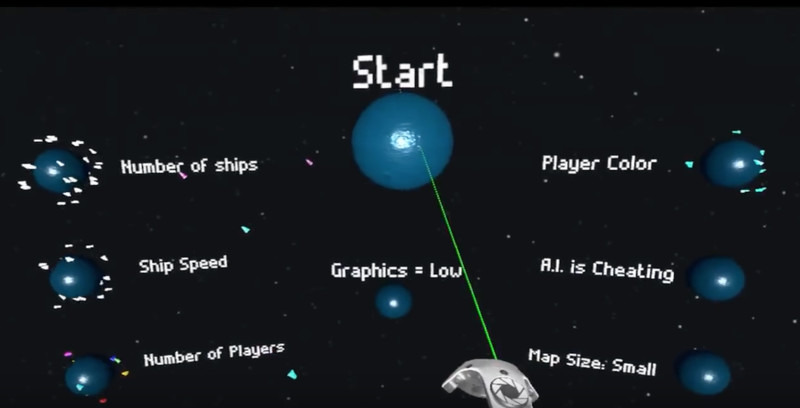 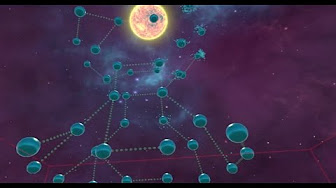 I'm glad that you've seen how easily strategy games can be ported to VR... well, easy for geniuses like you, this is amazing stuff. I'm hoping this is the start of bringing Armchair-Generalness to masses... but if not, thanks for sharing with your fellow Space Cadets o7. This game actually makes me feel like I'm commanding a battle... like in Ender's Game, where you're disconnected from the action but commanding from within a virtualized environment. This is hands down the most playable VR game I've found. The gameplay is great, the controls make sense, the strategy is engaging.

NOW I WANT online multiplayer. ALSO, I really want to be able to be able to rotate the view when I pinch the controlers to resize. Instead of just resizing, let me rotate the entire battlefield around\/upside down so that it feels more 3D.. Simple but fun. Just a super great game. Simple, addictive and challenging. Congratulation to the programmer. You've made a jewel.... One of the best games at any price for VR, if you don't have it yet, what are you waiting for? If you like strategy games, this is pretty much risk, it's brilliant! Would have paid $15 for this if I had known how much fun it is, great job dev! Make a bigger, more complex multiplayer version, or maybe a more grand straegy-esque version and I would pay a good deal for it!