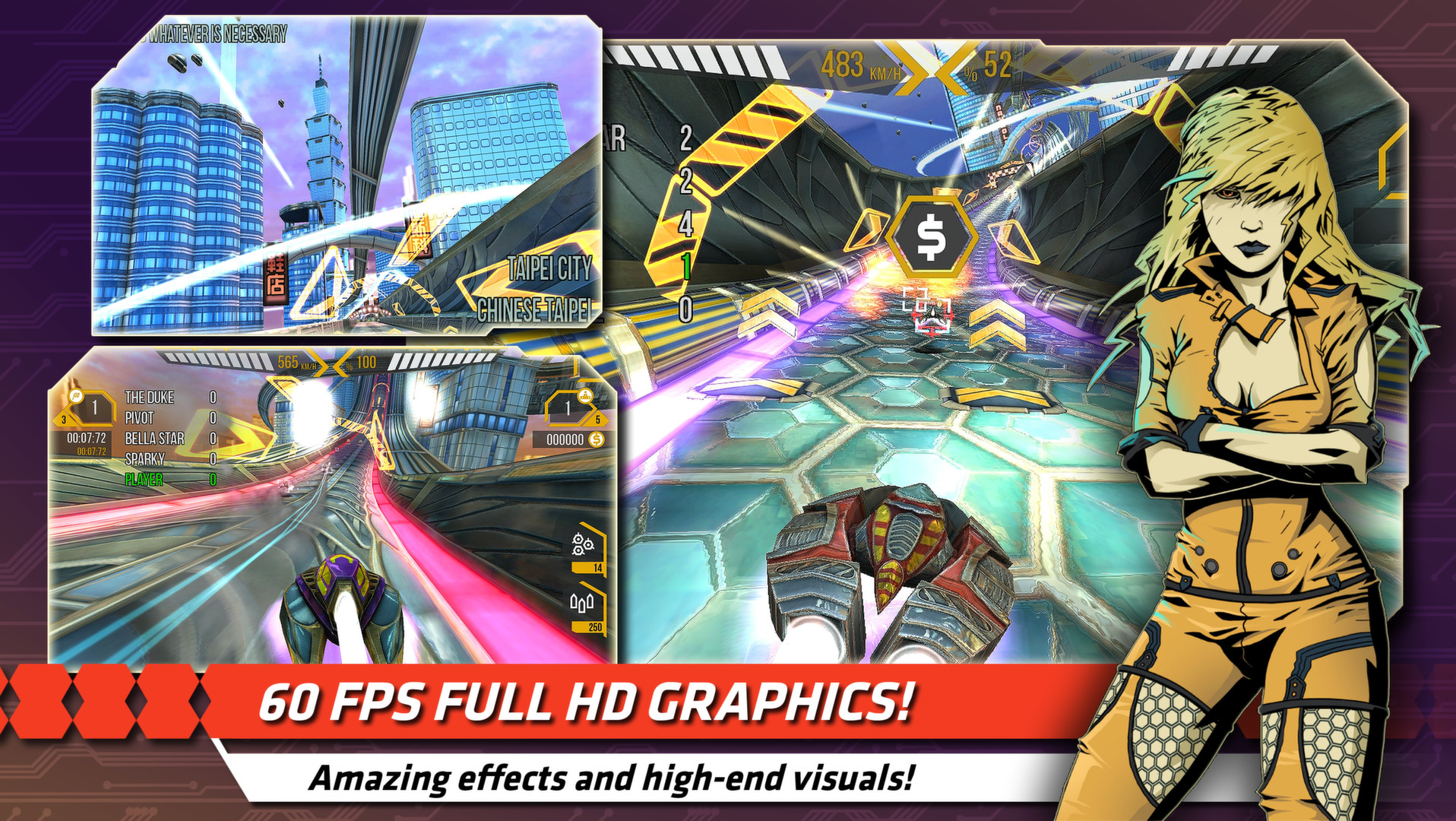 FLASHOUT 2, the sequel to the highly-acclaimed anti-gravity racer FLASHOUT 3D is finally here! Get into one of many ultra-fast ships and use your arsenal of rockets, guns, bonuses and upgrades to fight your way to victory!

FLASHOUT 2 offers a fresh and addicting racing experience featuring a redesigned and enhanced Career Mode with story elements, massive improvements in matter of steering, physics, opponent’s AI, and other gameplay elements, an Online Multiplayer Mode and introduces completely new and exciting game modes, such as Destruction, Elimination and Versus!

FLASHOUT 2 also features high-quality colorful graphics, some of the best and most accessible controls to allow you to focus on pure action, amazing licensed electronic music and game controllers support! Additionally the game offers a unique interactive equalizer, that analyzes in-game music and accordingly determines, in real-time, what the visual effects look like! 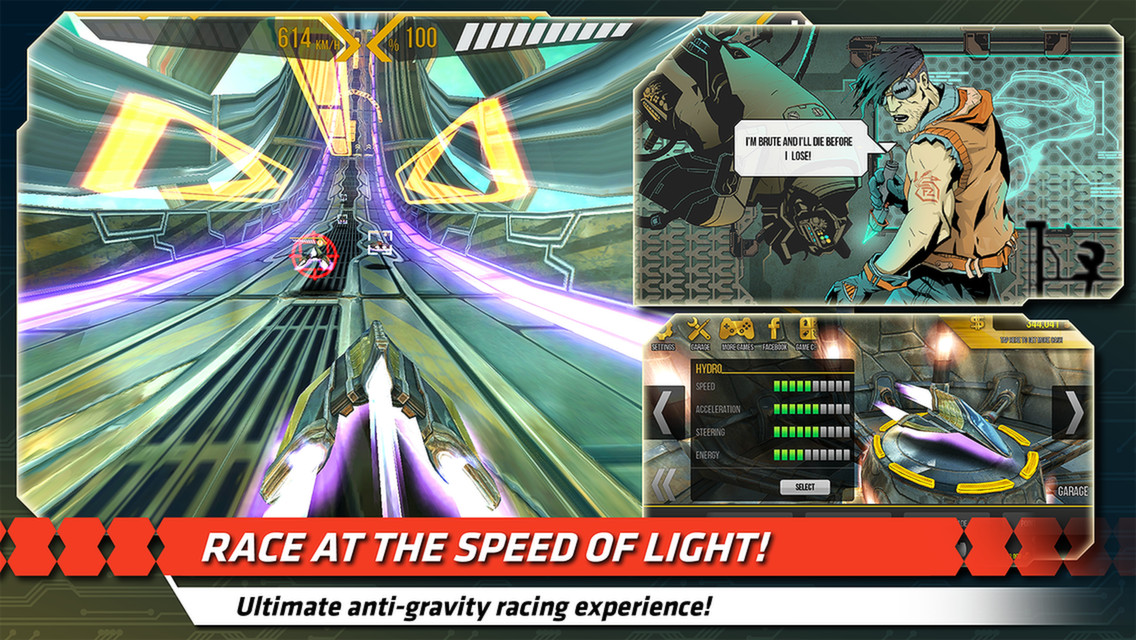 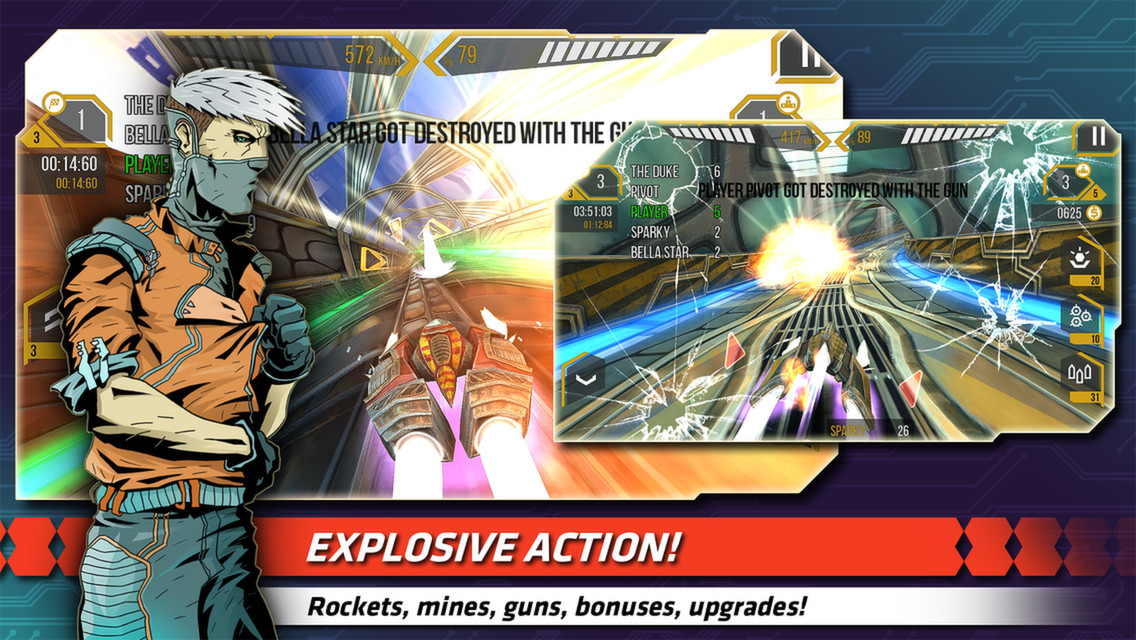 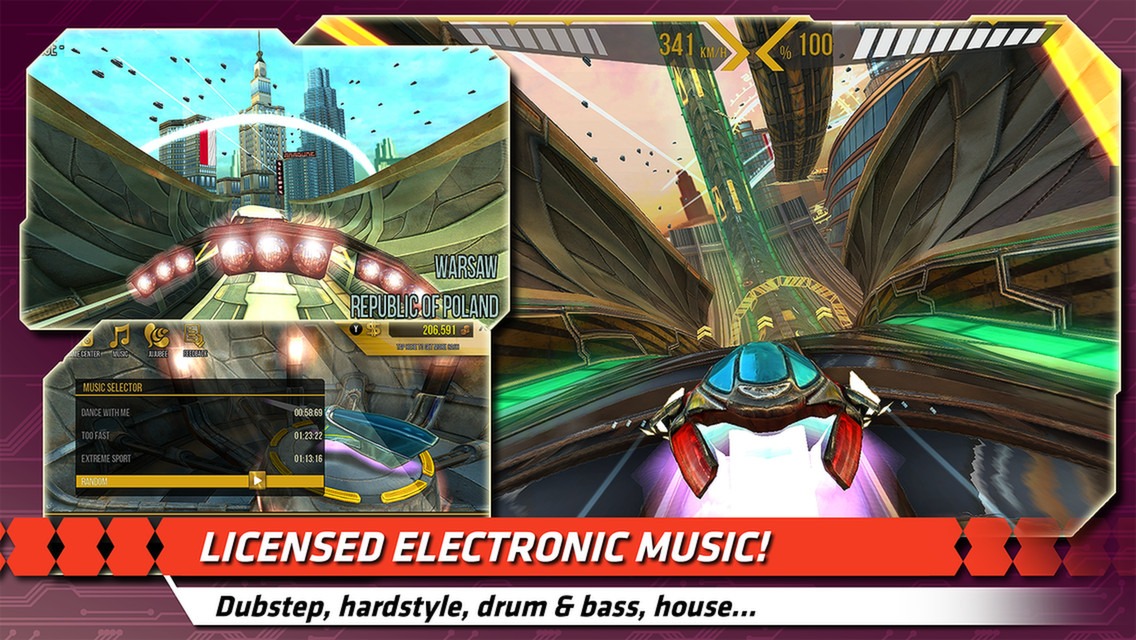 I fancied this as a Wipeout clone, which it is, but without the playability. The power-up icons are unclear as to what does what, the tutorial is annoying (you have to use mouse to clear the boxes which pop-up despite using a controller to play), no idea which button is supposed to activate what. It's clearly intended for a touch UI, and so is obviously as a lazy half-arsed port. I've only given it a few minutes, maybe it gets better, but that's not something I feel the urge to find out. Still, it was cheap in the sale.. If you're looking for a simple but enjoyable futuristic racing game this one fits the bill. Speaking of bills, I wouldn't pay full price for it but if you see it on sale it's worth a snag if you're a fan of this genre. The game could definitely use some track variety as everything ends up kind of looking the same, and the graphics and weapons aren't anything to be too wowed by, but the soundtrack is pretty awesome electronic tunes, and the gameplay is at least fluid and fast-paced. The soundtrack and speed of the game are what redeems it from being average.. This game is pretty good. It is very fun and the soundtrack is amazing. One of the problems for me was the layout of the controlles, but at least you can re-bind them.. It's kind of like a love child between the F-zero and WipeOut series. Lots of speed, racing, and battling on track, although a majority of the time you'll spend trying to swerve onto the boost panels to retain any sort of speed. Not a bad game for the price. Controller support is always nice.. The game is nice, it really reminds me of Killer loop on PS, but you can upgrade your ship here, Don't listen to others about controls, controls are good, of course at first every game seems hard to control, but after few levels you will be controling your ship to the victory :D