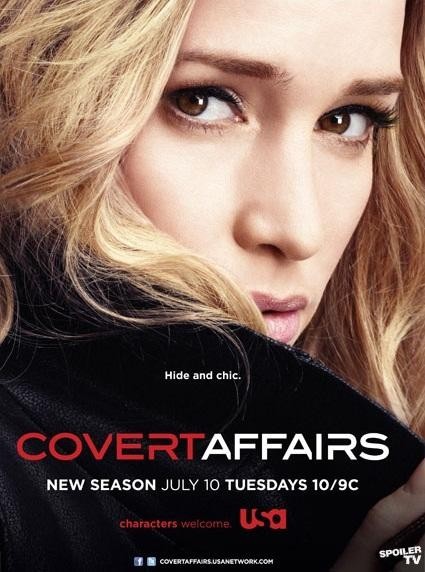 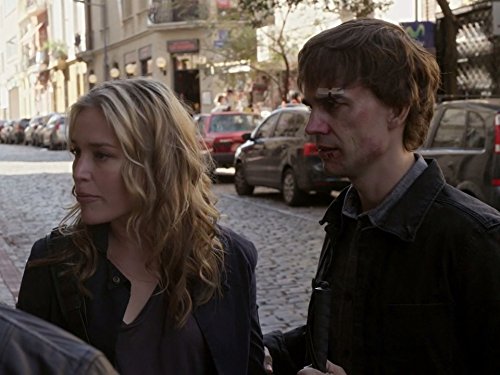 Fresh out of the farm, Annie Walker must adapt to the challenging life of a CIA operative under the guidance of her handler, Auggie. But soon she realizes her recruit might have to do with her last boyfriend rather than her talent.
Annie Walker has been newly employed by the CIA. A guy named Auggie is a blind tech operative and helps Annie through the chaotic job. Annie has been recruited for her language skills as she is fluent in six languages, but it may turn out that she was hired because of someone from her past.
I'm really enjoying this show a lot. It is fun, with lots of action and humor too. My favorite part is the fact it has diverse characters. The lead is a female, who can kick butt. The second lead, Augie, is my favorite. He is blind (the character is, I don't think the actor is), but he is not limited by being blind. He can do cool things any way, including beat up guys twice his size :-)

There is also an Indian character who is an important secondary character. You hardly ever see Indian people playing major roles on TV, so I like that aspect of the show too. I do not think the show is very realistic in its depictions of the CIA, but I can't name one spy show that is! If you want to relax with a fun adventure show, Covert Affairs delivers.

I'm not so sure about the "Ben Mercer" love interest, though. I don't really like him much...and I hope the writers don't take the relationship he has with the lead into sappy territory. I guess we'll see. This won't take long, but I thought another review that points out the mediocrity of Covert Affairs is needed, since there are a few too many reviews that, despite claiming that the show is average in the actual review, they then proceed to rate the show a 7. Seven out of ten is not mediocre; that's halfway between average and outstanding.

The show follows the career and personal life of Annie Walker (Piper Perabo), a new spy working for the CIA. The agency is depicted in this show as being staffed and run by models and the characters, like models, are all flash and no substance, with very little exception. I have watched about half of the first season, and I'll not be watching any more as there just isn't anything about this show that makes me want to watch it. Piper Perabo doesn't have what it takes to pull off the lead role in a show like this and should stick to something else, like making movies for Lifetime, where she will be capable of meeting the non-existent expectations of the roles she would play.

(As an aside, for some reason she keeps wearing purple lipstick on this show and during the commercials for it, which bothers me more than it probably should. Someone needs to tell her/her makeup artist that purple doesn't look flattering on her face. It makes her look weird.)

I think that the real problem with this show is that I am very much aware that I am watching a TV show the entire time it's on. This is because of the writing, acting and the heavy rotation of commercials for this show. All of this adds up to me being unable to suspend disbelief in the story, which I wasn't all that interested in anyway because I've seen this kind of story quite a bit, and it's almost always better than it is on Covert Affairs. Between the poor writing and the lackluster cast, I just can't find anything about this show to actually get excited about. Except maybe Piper Perabo in a bikini...