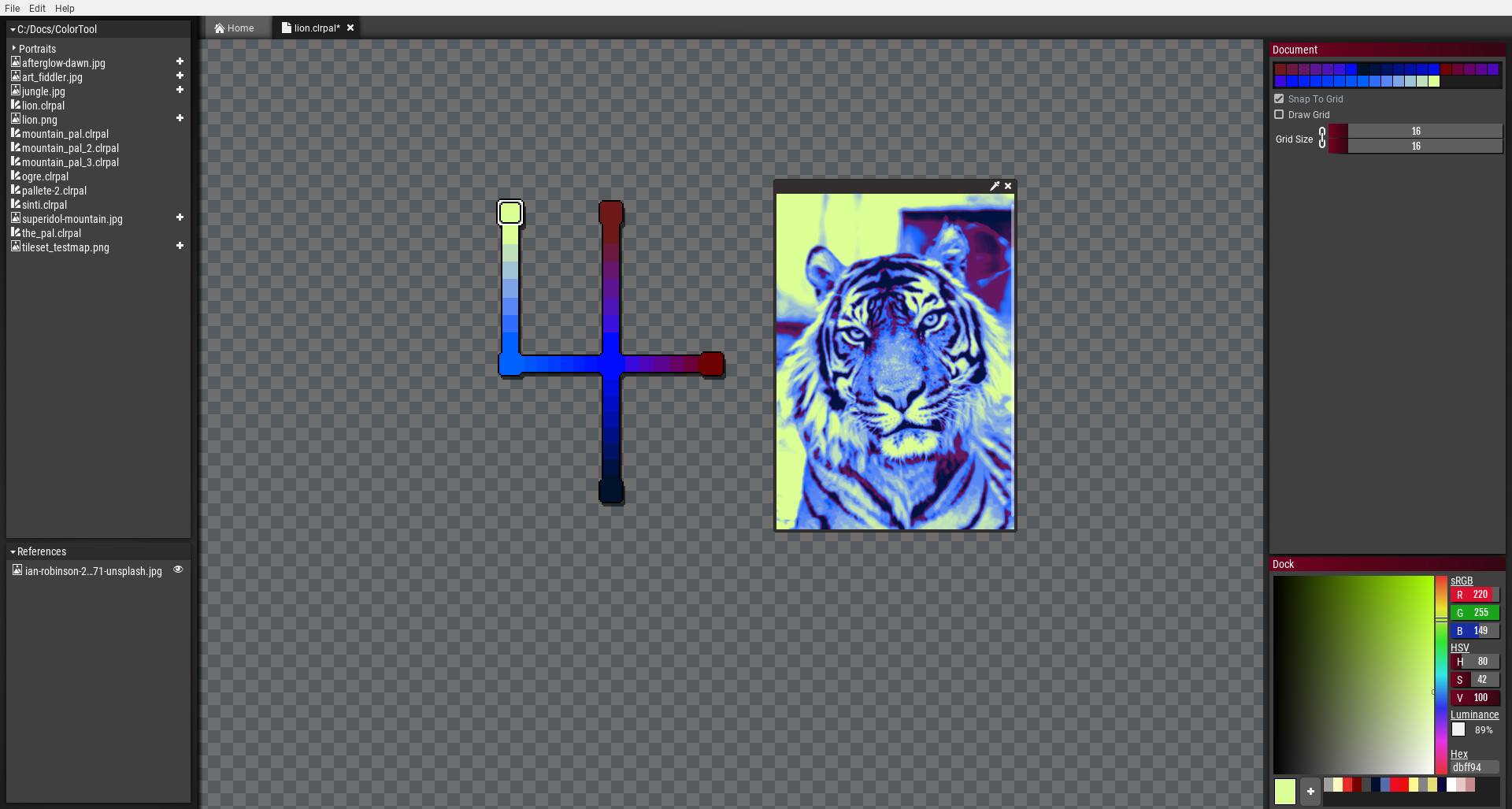 ColorTool is a software for creating color palettes from scratch. You can use these palettes you created for your illustrations, pixel art or design work.


Import your own illustrations and enable remapping to see how they would look like with your newly created palette. See all changes in real-time and export the final result.

Get inspired and import reference images to guide your color picking process. 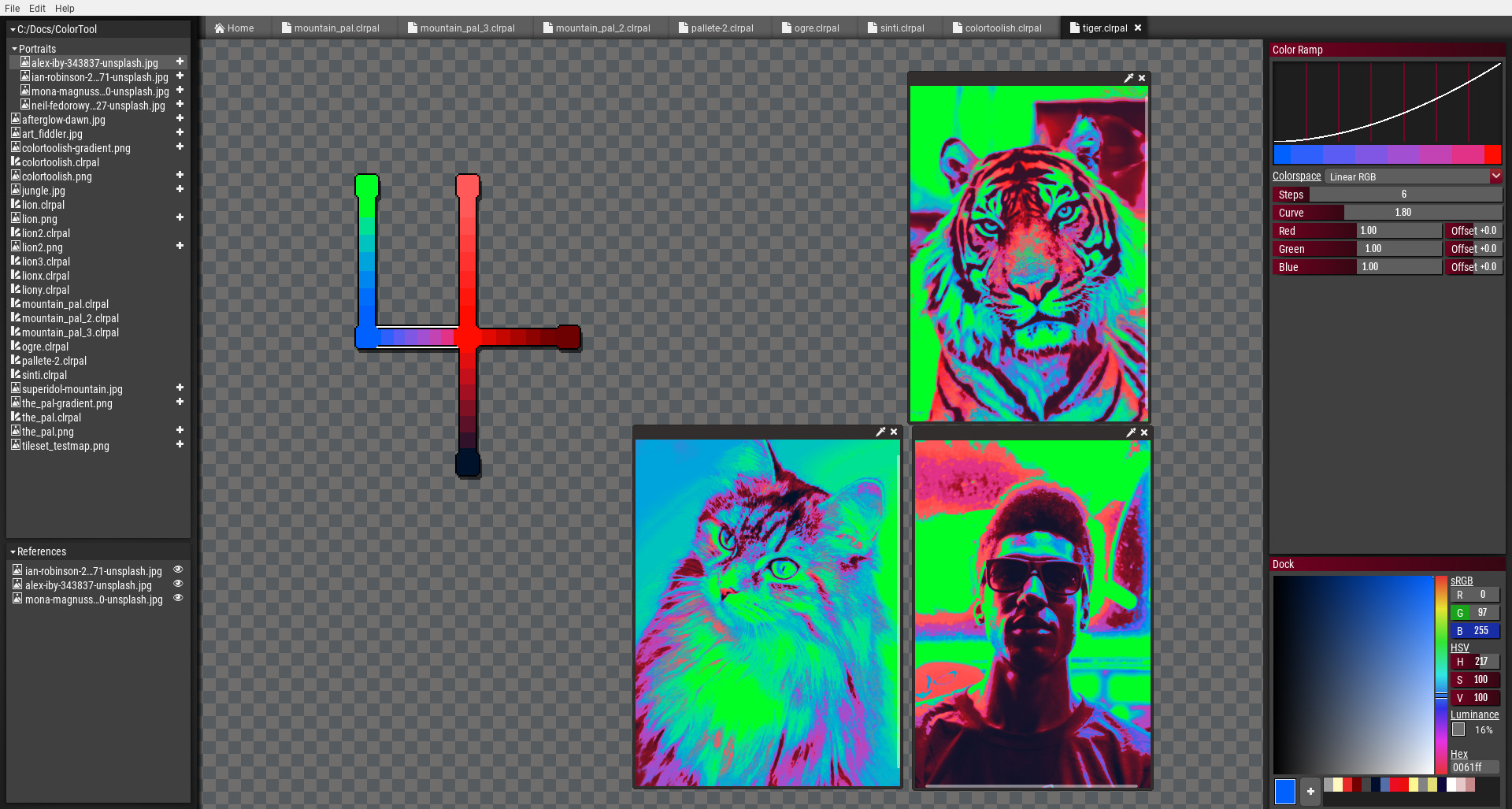 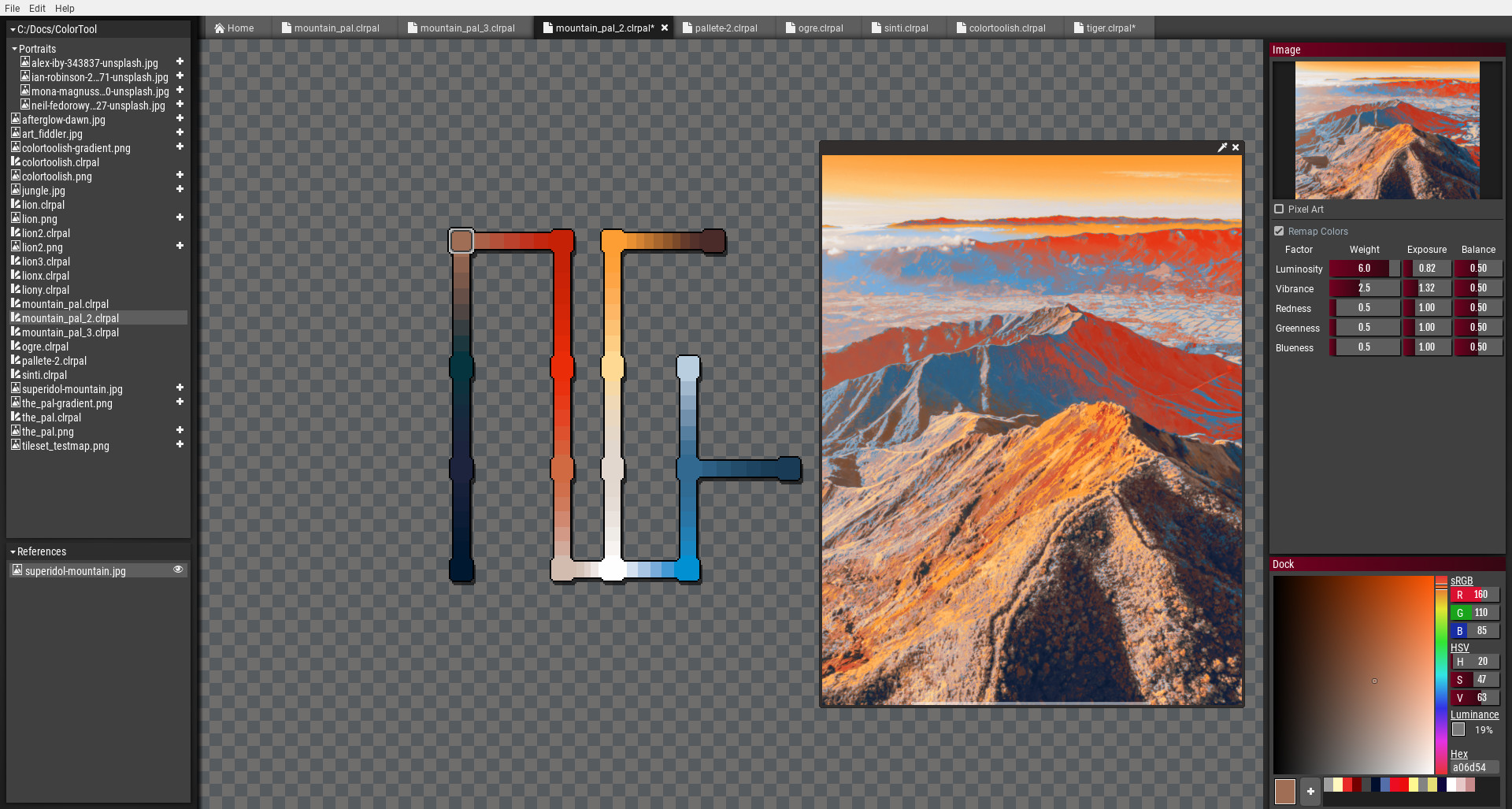 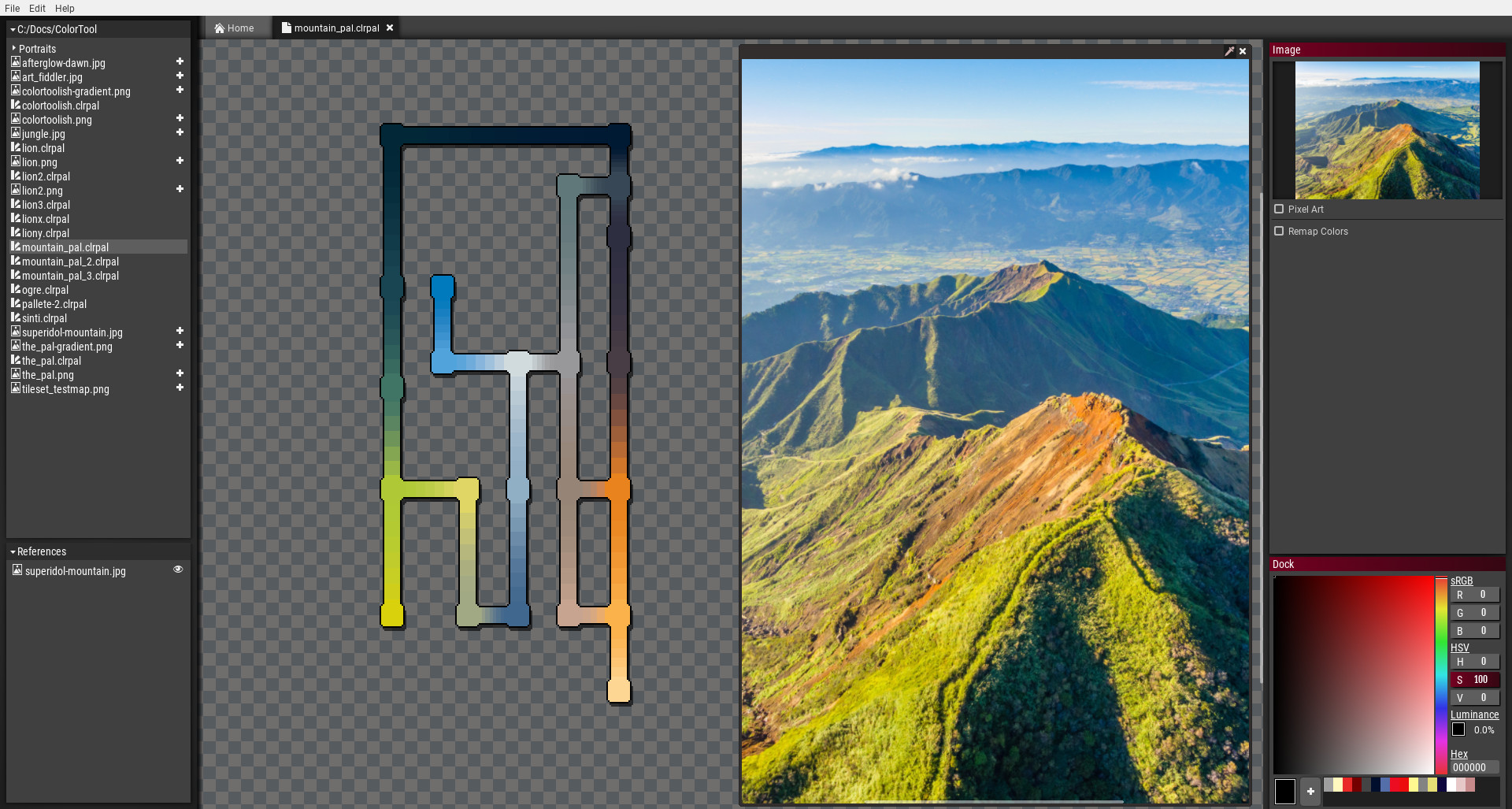 As soon as I saw the development of this program over time on twitter, I was quite excited for it. The program is very quick and easy to understand. In just 30 minutes of use I was able to figure out the core features of the tool.

With that in mind, here's some features that I think will help the program out.