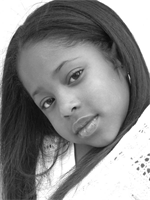 Isis Aryon has not received any gifts yet

I learned of this site through
Myspace

Hi Friends,
My name is Isis. I am 8 years old and I have been interested in modeling and acting since I was 4 years old. I have taken acting, dance and modeling classes for over 3 years.

I have been featured in several fashion shows and a couple of movies in the atlanta area. I have also done some advertising print campaigns for a couple of companies.

I love to draw, read books and write songs in my spare time. I am very interested in meeting new people all the time. So please give me a shout out.

BTW - My mom(Trena)monitors this site feel free to talk to her about casting me for any upcoming projects.

CHECK OUT MY RESUME

How is everything with you, I picked interest on you after going through your short profile and deemed it necessary to write you immediately. I have something very vital to disclose to you, but I found it difficult to express myself here, since it's a public site.Could you please get back to me on ( mr.frankkwabena200@yahoo.com.hk ) for the full details.
Have a nice day
Thanks God bless.