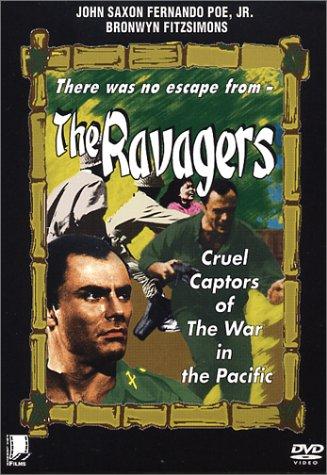 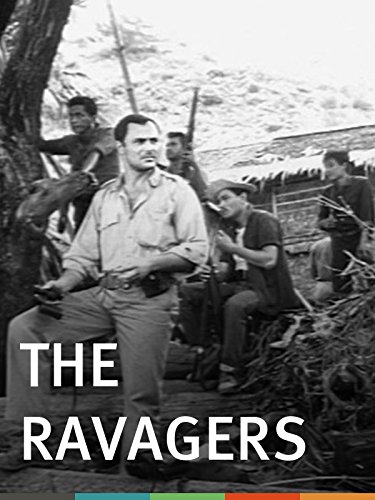 The biggest war picture ever filmed in the Philippines, a savage, raw action-packed spectacle of men and woman in war, filmed with a cast and cost never attempted before a film for world release.
A khaki-clad John Saxon scrambles around the jungles of the Philippines in this violent but marginal World War II potboiler as Filipino guerrillas and he tangle with remnants of Imperial Japanese forces in the islands. This straightforward story unfolds primarily at a sprawling, fortress-like Catholic convent. The Mother Superior doesn't care much for either the Allies or the enemy. Not only do the Japanese take over the convent but they also have come to recover a gold bullion shipment. Although the enemy outnumbers the guerrillas about two-to-one, this doesn't dissuade Captain Kermit Dowling (John Saxon of "War Hunt") from sending in an acrobat, Gaudiel (Fernando Poe, Jr. of "Suicide Commandoes"), a demolitions expert, Cruz (Victor Diaz of "Caged Heat II: Stripped of Freedom"), and another soldier to infiltrate the convent. They are supposed to surprise the Japanese by attacking them from the rear while Dowling and the rest of the rebels attack from the front. During the infiltration, Cruz discovers a beautiful American woman, Shelia (Bronwyn FitzSimons), in the convent and tries to have his way with her. The gallant Gaudiel intervenes and threatens the randy Cruz with death if he ever touches Sheila again. As it turns out, the nuns have been concealing Sheila. Of course, since Guadiel stood up for Sheila, they grow interested in each other. Cult filmmaker Eddie Romero, who directed "The Raiders of Leyte Gulf," co-wrote "The Ravagers" with Cesar Amigo. This run-of-the-mill, low-budget feature is basically one drawn-out firefight. The conflict occurs when one of the guerrillas decides to appropriate the Japanese gold for himself and clashes with Saxon and his men. Nothing special.
The Philippines was seemingly chock-a-block with low-rent WW2 flicks in the early 1960s until a public appetite for more exploitative fare opened the eyes of its producers to the lure of horror and adventure flicks. THE RAVAGERS is handled, as are most, by genre maestro Eddie Romero, who uses every bit of his budget to deliver a film replete with gun battles and low rent action.

The story sees a group of US and Filipino soldiers teaming up to tackle a squad of crack Japanese troops who are menacing a local nunnery. In a nicely surprising plot twist, the arrival of the Filipino soldiers ends up putting the nuns into more danger, thanks to the machinations of stock Filipino regular Vic Diaz, here up to his neck in sleaze as a shady guy with his eyes on some of the Catholic sisters. Thankfully, square-jawed hero Fernando Poe, Jr. (THE WALLS OF HELL) is on hand to put an end to his plans.

There isn't too much time for plotting however as this is a film that's all about the action. If you're a fan of repetitive, long-winded and seemingly endless gun battles then you'll be pleased with this; unfortunately for me, I like a bit more finesse when it comes to action choreography so these were a chore to sit through. The special effects budget is put to good use, however, in the myriad explosions, and John Saxon is always good value. Here he's the imported American star given to gruff mannerisms and basically telling people where to go. THE RAVAGERS is a justly forgotten movie which nonetheless made a recent showing on television here in the UK thanks to the actions of Freeview channel Movies4Men.