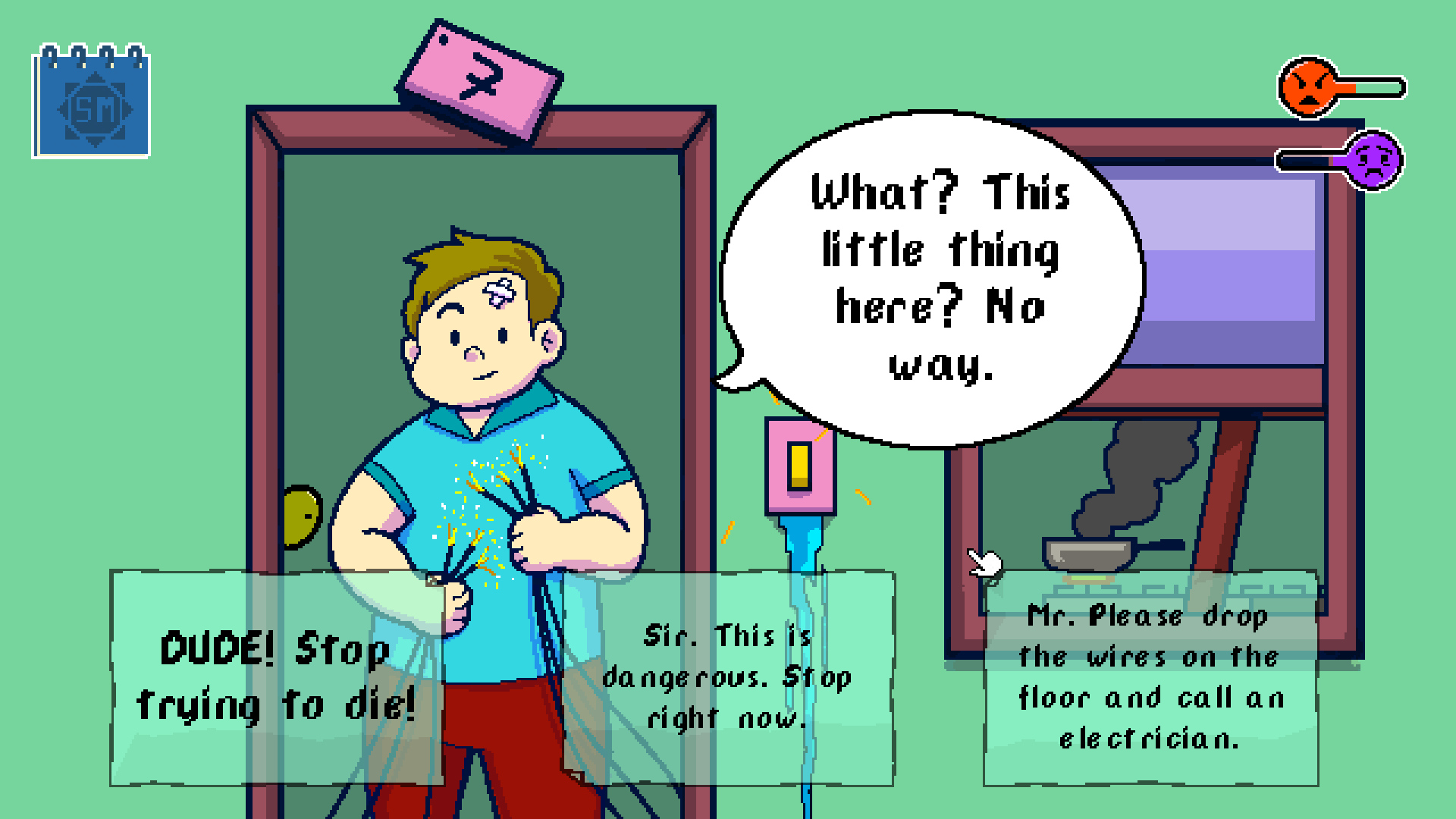 Hello, and welcome to Sunny Mornings™!
We hope you Sir/Madam are having a wonderful morning in the accommodations we arranged for you!
This will be your new home, and base of operations, for the remaining week.
Just keep doing what you do, working those sales pitches, and everything will work out.

See ya! And have a sunny life!™

Talk to Strangers is a short game of everyday survival. Survive door to door conversations ranging from bizarre to mundane (in this order) while trying to sell products to strangers. But beware: nothing is what it seems in this neighborhood. 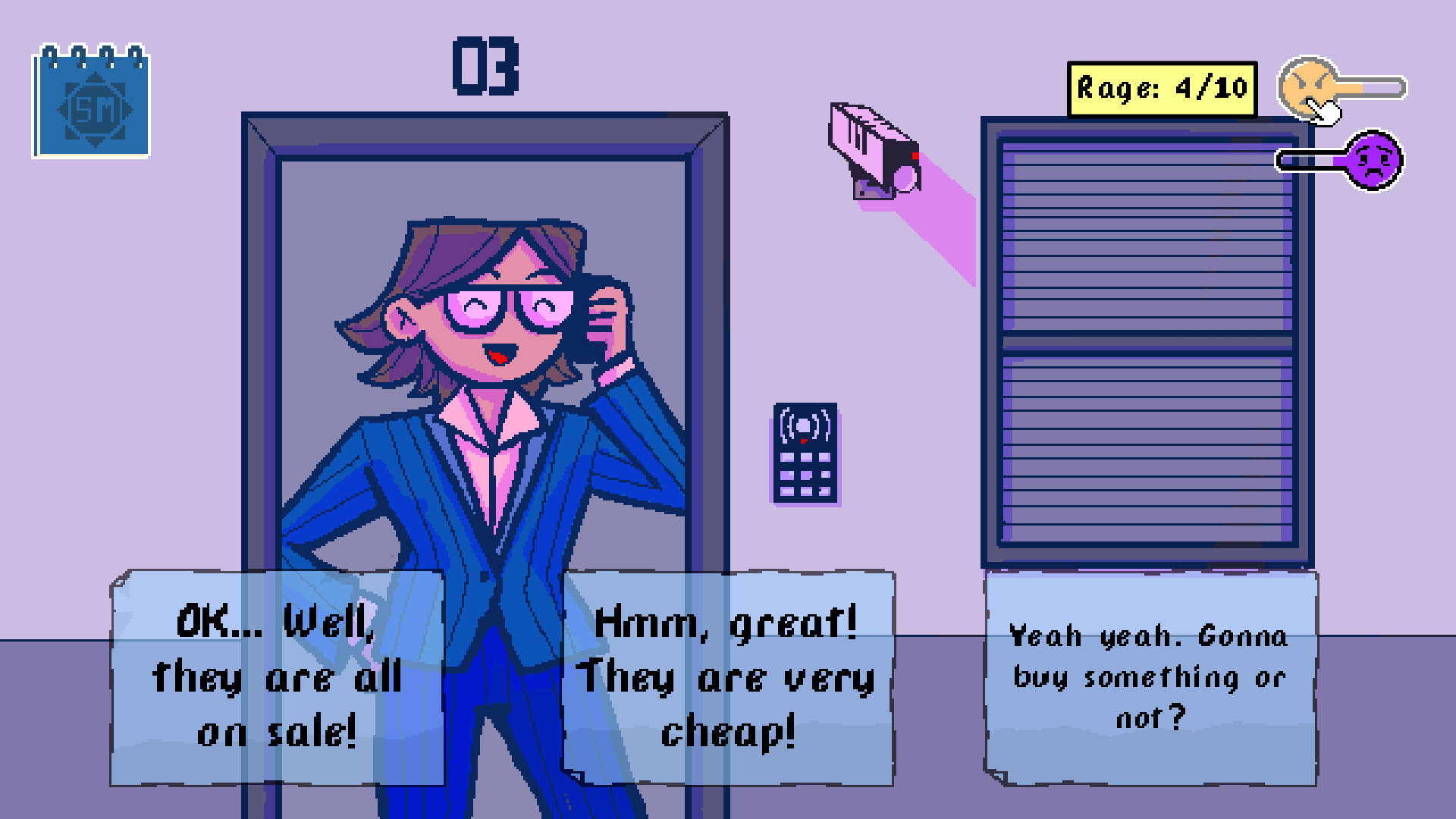 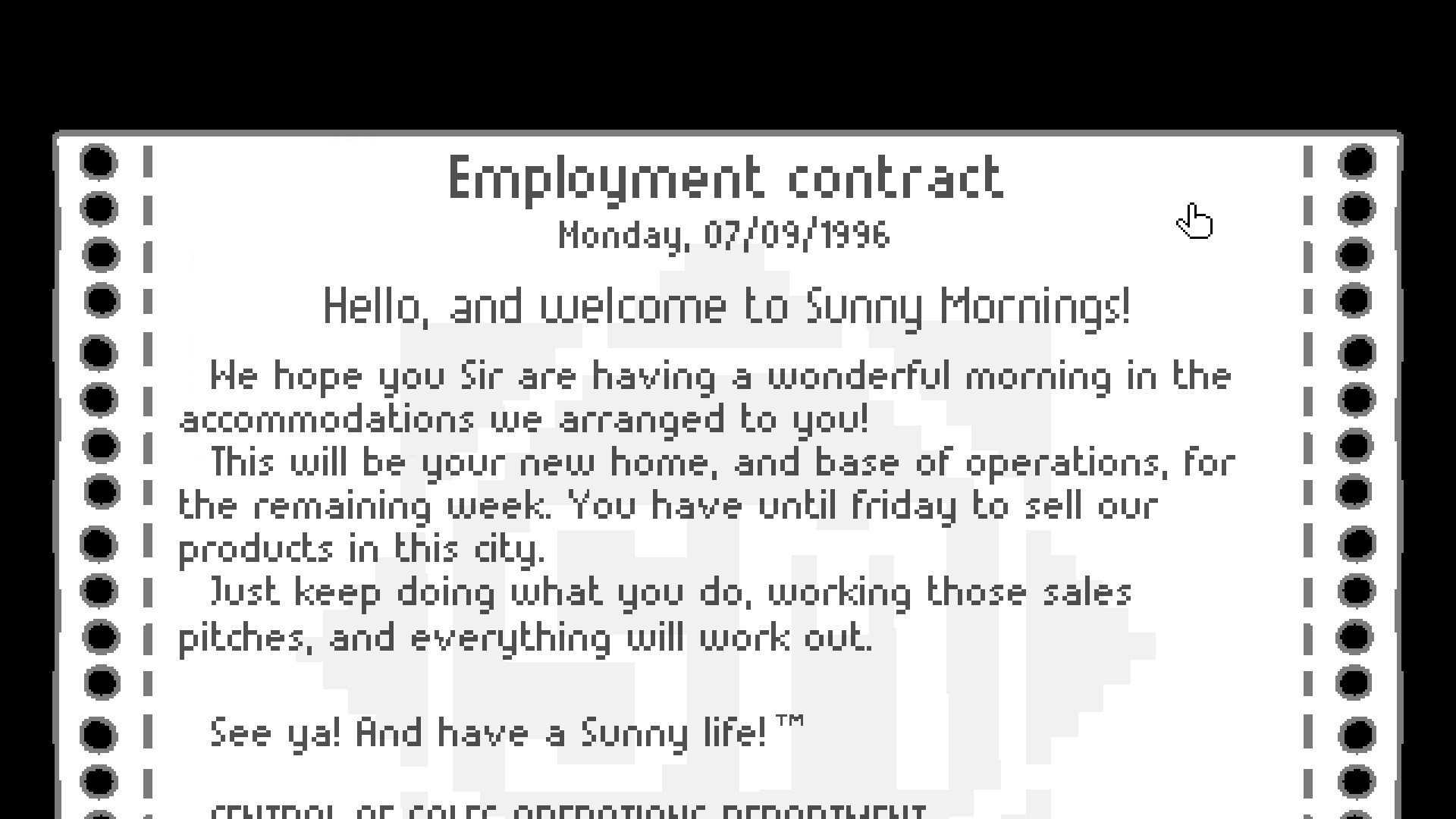 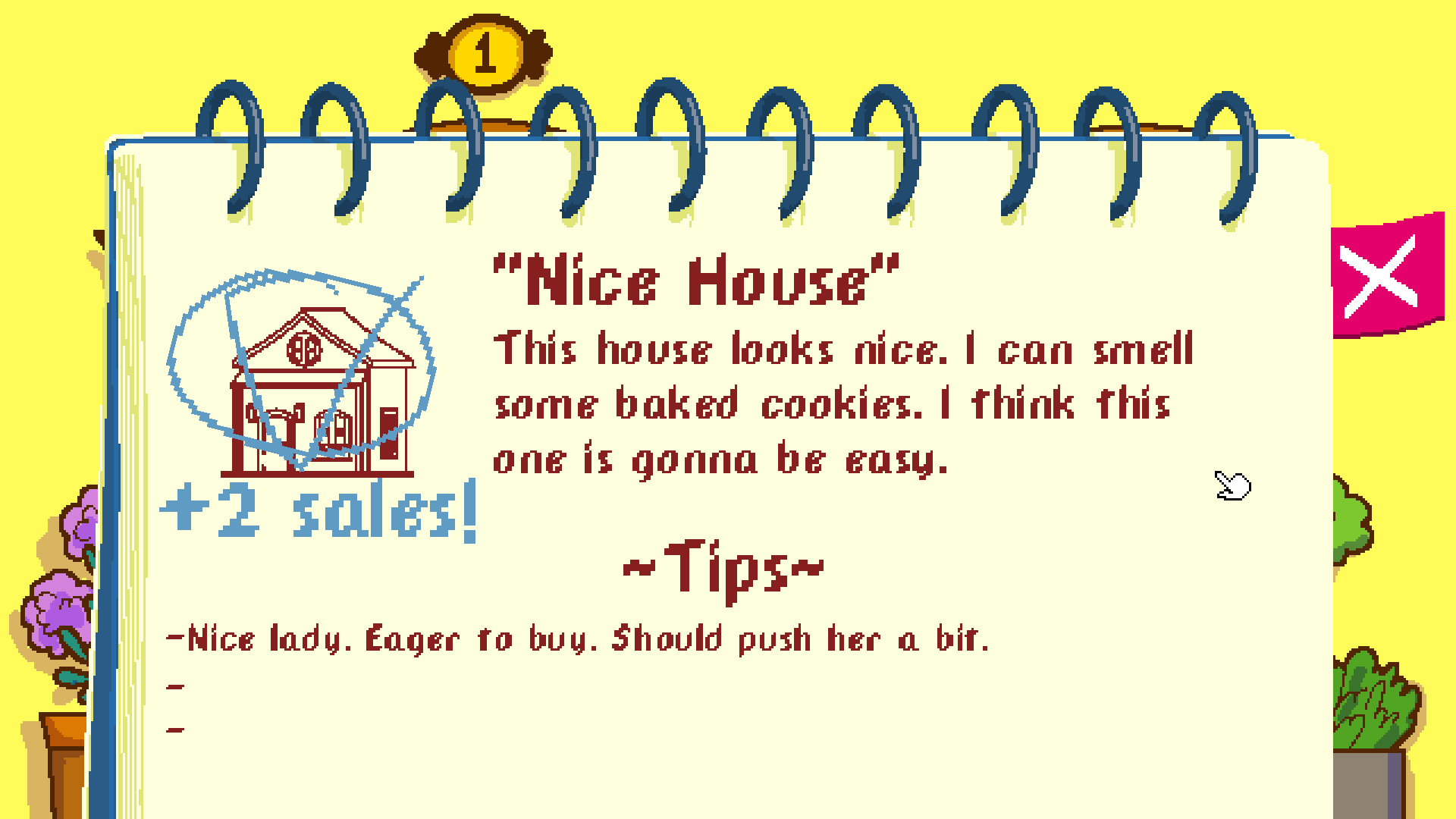 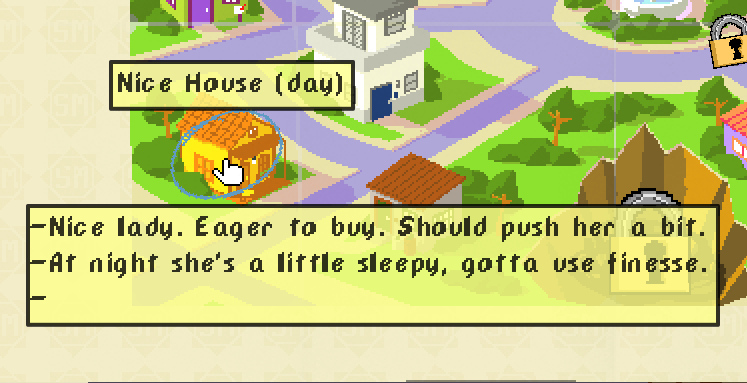 Here are the notes of the first update:

- Changes in the system of "unlocking houses". Now after the player makes 2 different endings or survives all week, the houses unlock ONE DAY before (except the Abyss). This results in greater flexibility at the beginning of the game and possibly less sensation of repetition.
- Reduced the number of finals needed to unlock the achievement '' Veni, vidi, perdidi '' for 5. We made 20 different finals to create a more interesting narrative, with surprises (and jokes) for the player, not to force anyone to play.
- Changes in the night sprites of the "Loud House".
- Improved sound of the "Sunny Ball" Item (important).
- Solved problem where some players could not download the game on Linux and Mac.
- Fixed bug where the bottom of the Abyss did not animate.
- Some typos and text adjustments.

If you find any problems, please report on the forum.

Thanks for everyone who has played the game! :)

- Item "Daylight Saving Time" now costs $9.
- Fixed bugs related to the Daylight Saving Time item.
- You can look for Items in the Trashcan of the square at any time of the day now (before it only worked late in the afternoon onwards).
- Some minor improvements to the interface.
- Some typos corrected in Portuguese.
- Fixed a bug on the Depression screen, where the player would return to the title screen instead of the Motel (thank you, Calibre Lordal!).

Thanks to everyone who has played the game! :)

See ya! And have a sunny life!™. More about the game!:
Hello! 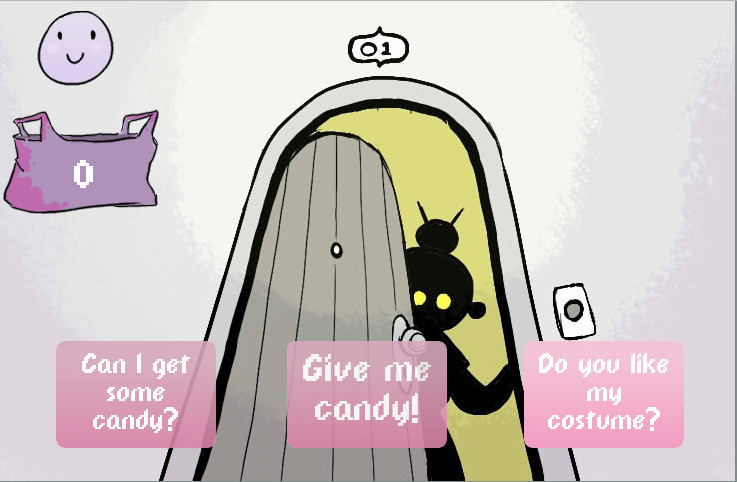 That's how Talk to Strangers was born! But instead of playing as child knocking from door to door begging for candy, you play as a salesman trying to sell products from house to house.
In fact, for those who have played Do not Talk, this new game is happening in the same city! Even with characters appearing again! 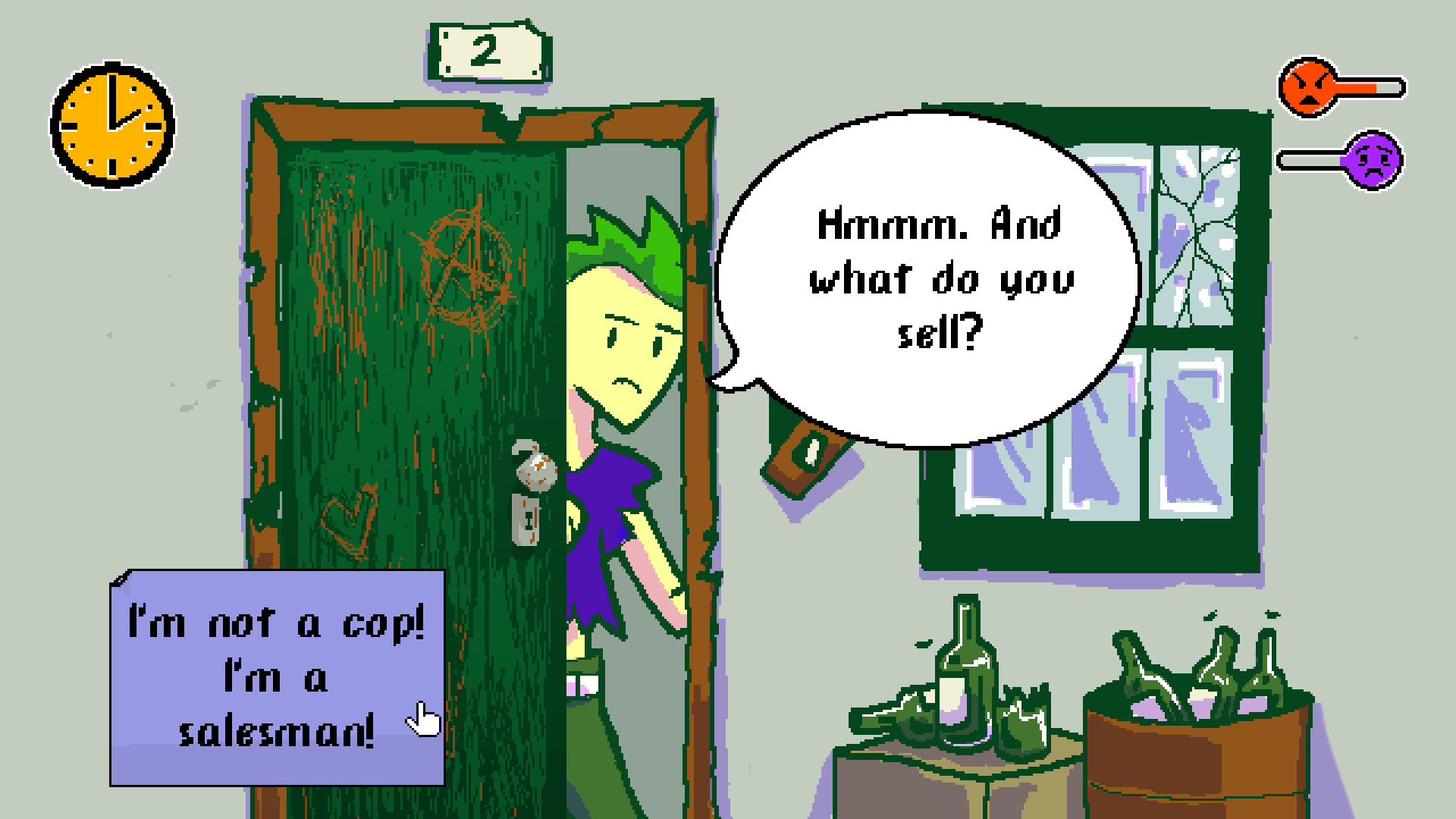 Talk to Strangers is also the first Post Mortem Pixels game made in conjunction with other artists / designers:
Luis Felipe Garrocho (design, writing and original idea), Ricardo Tokumoto (Art Direction and Pixel art), Daniel Pinheiro Lima (Pixel art, animation and writing). In addition to the songs of Rafael Assunção, who created the NEXT JUMP OST! :)

If you have any questions about the game, just ask!
Thank you!