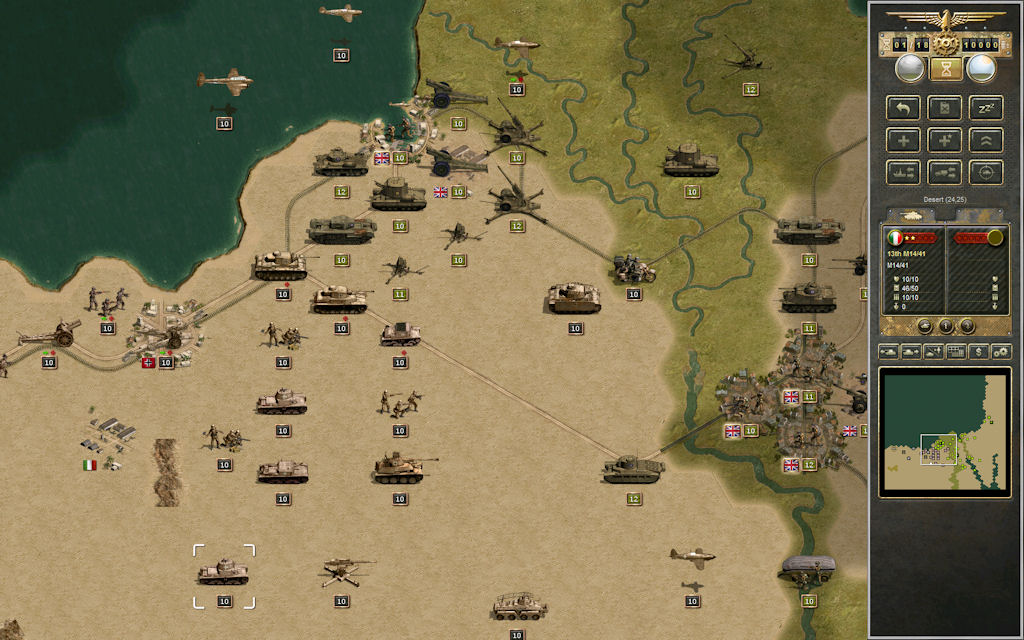 Welcome to the desert!
The year is 1941 and you will lead the German Afrika Korps, and its Axis allies, into Libya and Tunisia during the North African Campaign of World War II.

The reputation of the "Deutsches Afrikakorps" or "DAK" was synonymous with that of its first commander Erwin Rommel. Now it is up to you to overwhelm the Allied forces in North Africa, secure the Suez Canal and take hold of the oil-rich lands of the Arabian peninsula; maybe even invade the underbelly of the British Empire and threaten its crown jewel: India.

Panzer Corps: Afrika Korps is an expansion for Panzer Corps. With more than 20 new units, 24 new scenarios, new dynamic and varied scenarios and weather types, players will have their wits and tactics tested in this turn-based strategy game of the award-winning Panzer Corps series!

New Features
• A brand-new Afrika Korps campaign with 24 new scenarios.
• Several new MP scenarios set in the African theatre.
• More than 20+ new units added to the equipment table, like gliders and flamethrowing tanks.
• More varied scenario objectives.
• Scenario objectives that could change during the course of a battle.
• New desert-related weather types.
• 10 new Afrika Korps heroes.
• Improved AI.
• New media like: new concept art, music, etc…
• New Intro Trailer.
• The Library extended with the most prominent WW2 airplanes.
• New desert tile-set and desert camouflage units.
• All new units and tile-sets are available for use by the modding community through the existing editor
• Your core force can now contain allied units, such as Italians. 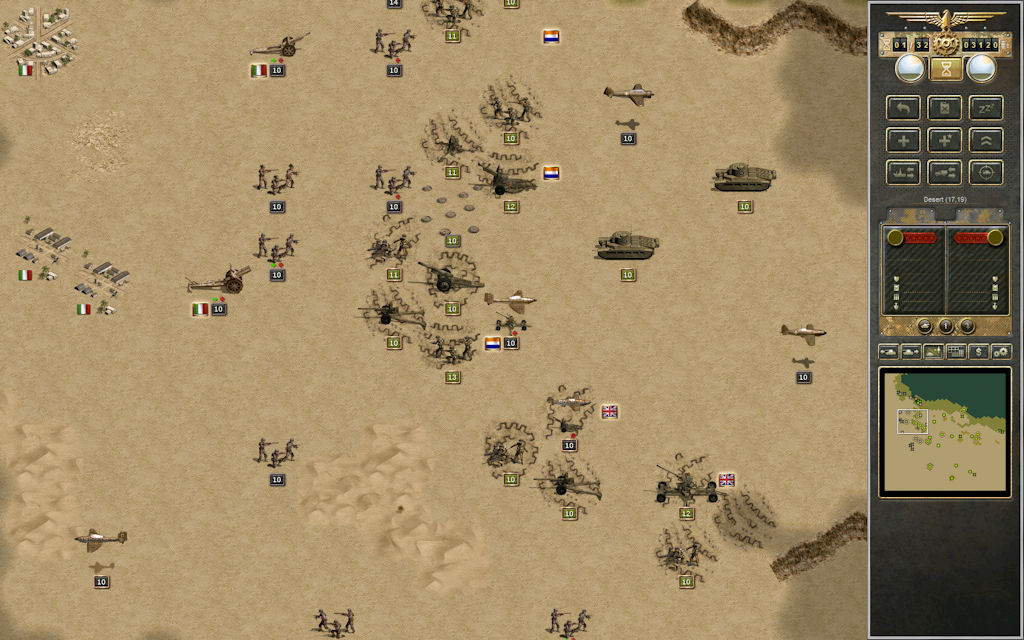 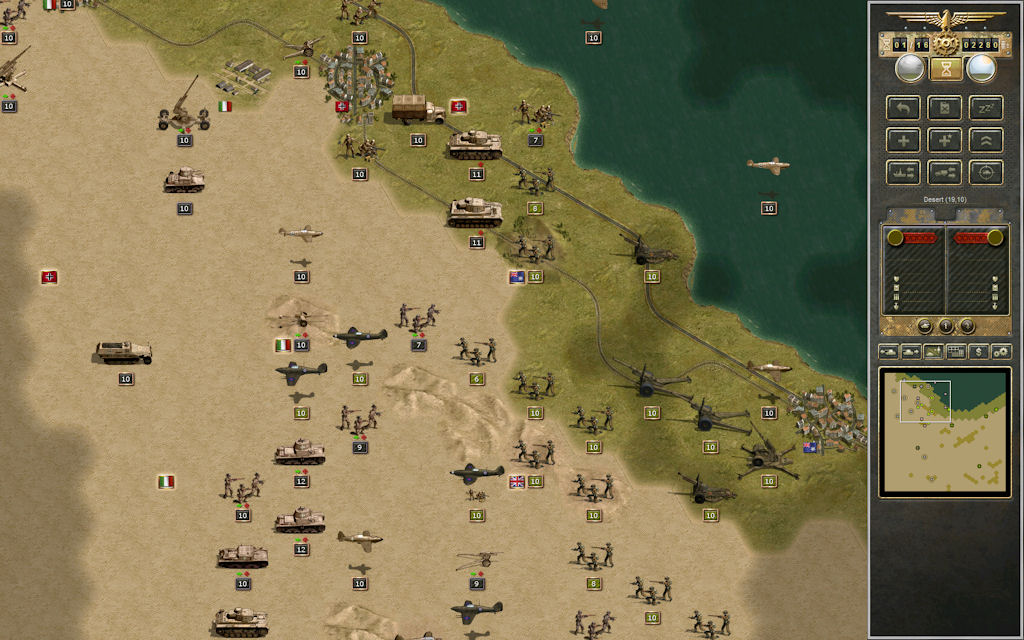 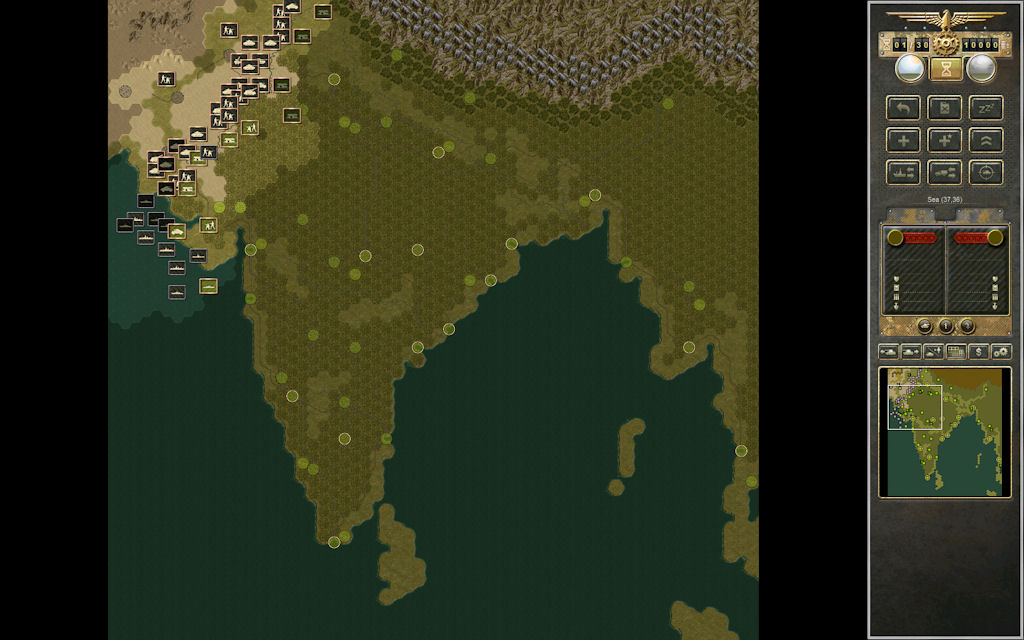 brief - best dlc if you want to lead the Wehrmacht in a full campaign branch !<\/i>. The base game was more fun. This one's a pain.. I recently made the purchase of the Afrika Korps DLC after watching a series of youtube videos and falling back in love with what makes Panzer General II\/Panzer Tactics\/Panzer Corps a great wargame. This DLC is basically more of the same. If you liked the single player of Panzer Corps, then you will probably like this DLC. They've also made a few minor changes that improve the base game.

My only critisms apply to the series overall. The difficultly and setup of the missions is such that you can't win, except at extremely low difficultlies, without savescumming. This is even more noticable in this DLC where mission objectives change during the mission forcing even good plans to be worthless.

Also, if you like this buy Unity of Command. The true sucessor.. I wanted to like this, but only in the fullness of a couple of days playing it did I realize I didn't. In fact it infuriated me in the end. First of all it's linear as heck. I beat the british decisively in every battle, got congratulated and then told in the next mission I would be fighting over the same terrain I just won over like 3 or 4 times. That got annoying. I captured Tobrok and then was told I had failed to capture it because, nope, the game doesn't care what you actually do it just goes in the same order roughly as history. Then the last straw was I played a mission and took every cap zone across the whole map (and Tobrok again), except one insignificant spot of random desert, and I lost. Now I wasn't about to spend another 2 hours or so replaying that whole mission again. Save scumming apparently is the only way to play this game if you don't want to risk wasting your time. It just pisses me off. Scenario design, or actually the basic game structure is simply not realistic... but it was fun at first until the game\u2665\u2665\u2665\u2665\u2665\u2665\u2665\u2665me off by being stupid.. Very huge campaign. I am still working on it.
If all victory are decisive, it will lead to invade Iraq and Soviet.
So it is not only fight on North Africa.