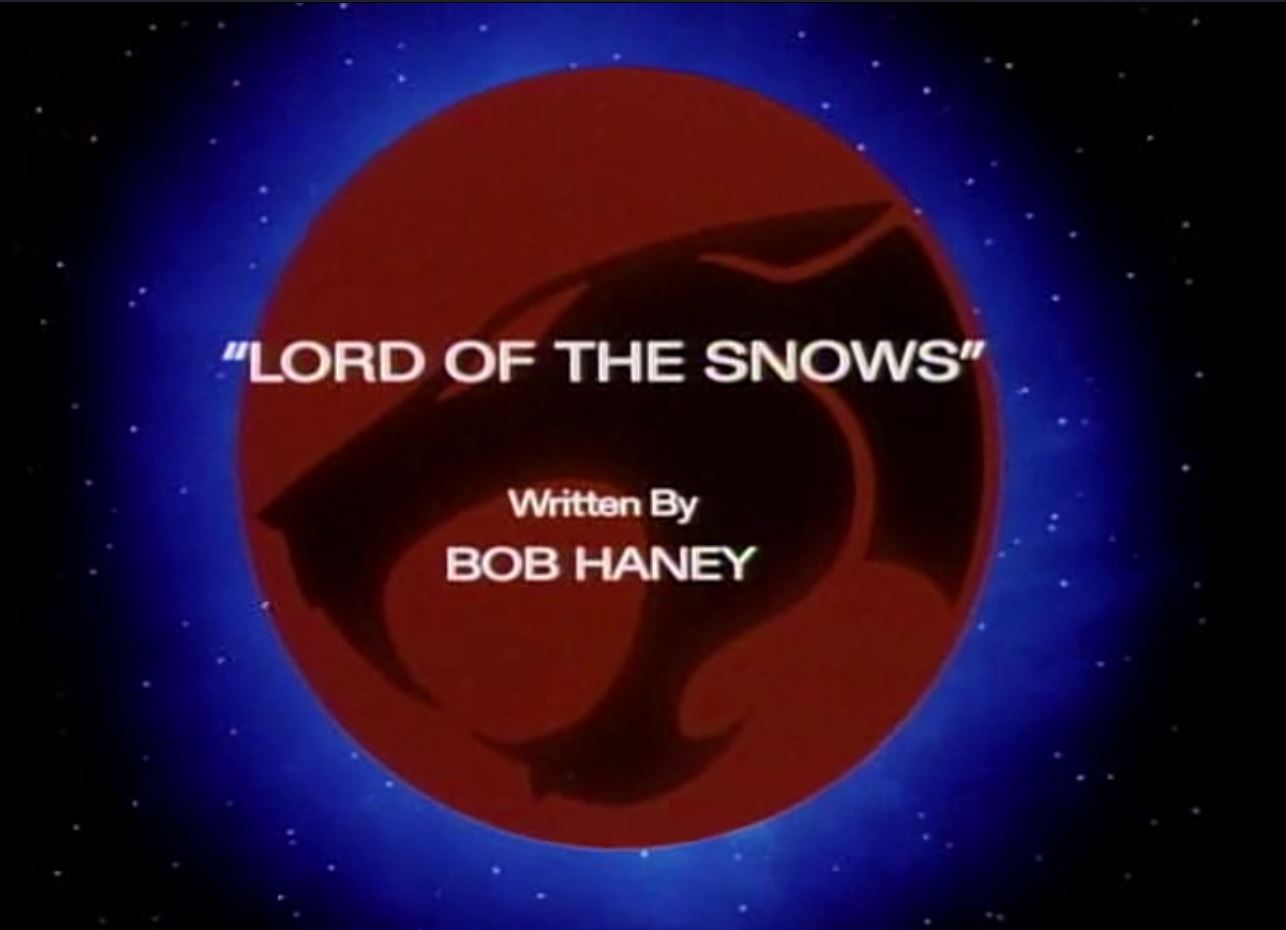 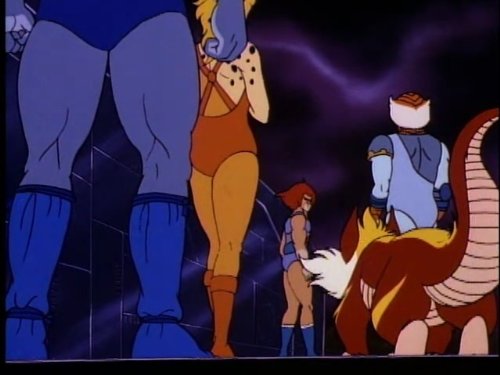 When a meteorite the Thundercats can use to replenish their dwindling energy supply crashes on Hook Mountain, Lion-O must win a duel with the fierce Snowman before they can have it.
While most of the adventures of the Thundercats in this first season can be seen without any particular order, there are others that are most enjoyable within the right sequence. LORD OF THE SNOWS is an important connective episode for the ones to come. First, because it explains where did The Thundercats get their supply of Thundrillium from. Second, because the Thundrillium meteorite will be mentioned in upcoming episodes like "All that Glitters" were a mysterious metal that combined with the meteorite could be the key to restore a broken Sword of Omens or "Secret of the Ice King" where we will have the Thundercats having and adventure with the Snow Knight again.

While "Lord of the Snows" is not one of the most dramatic episodes, its existence reveals that the series were done trying to take care of the biggest quantity of details in the story line as possible. Lord of the Snows tells the story of the Thundercats running out of their fuel of choice, Thundrillium, and then venturing into the snowed lands to get a Thundrillium meteorite that just fell into the planet. Lion-0's encounter with Snow Knight and SnowMeow was alike many others, nevertheless I enjoyed so very much when the faithful SnowMeow intuitively obeyed Lion-0, not because he felt forced to, but because he felt that it was the right thing to do, as in theory, Lion-0, the Lord of the Thundercats, is also lord of all cats big and small.

Also, even when it was not even close to have been as impressive as in the former "The Ghost Warrior" episode, we had Cheetara's intuition playing an important role for the resolution of the plot. For more about this, watch "Sixth Sense" this season's twenty-sixth episode too.

Also, we had one of the few adventures where Lion-0 could solve the problem at hand without following all of the advices given by his always wise mentor: Jaga.

Well, that's all for now. Thanks for reading, everyone.