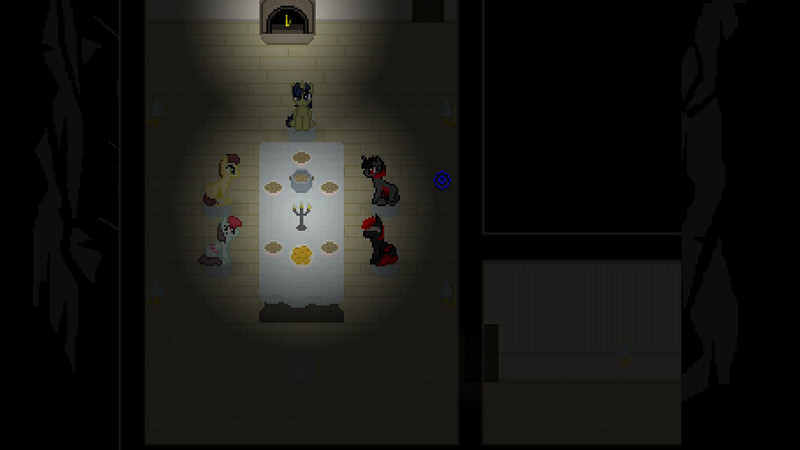 "To find yourself in a new, unknown world - it's like standing face-to-face with a monster. And so many forget: to that world, they are just as much of a monster." - the Curator.

During the New Year's Eve, the curator of a mansion built on the outskirts of a town invites his protege and her friends to celebrate the New Year together. He gives her an unusual gift. The gift that is never meant to be opened. And only a powerful mage such as her can keep it shut. It and what it holds within. At least, that's what the Curator thought...

D'LIRIUM is an experimental 2D-shooter with the elements of a horror game. The game brings together some mechanics back from 90s classics, such as a search for the keys, non-linear levels and a lot of other things. Moreover, the game contains a lot of experimental tricks, such as random events, non-traditional controls for a shooter game, etc. 7aa9394dea 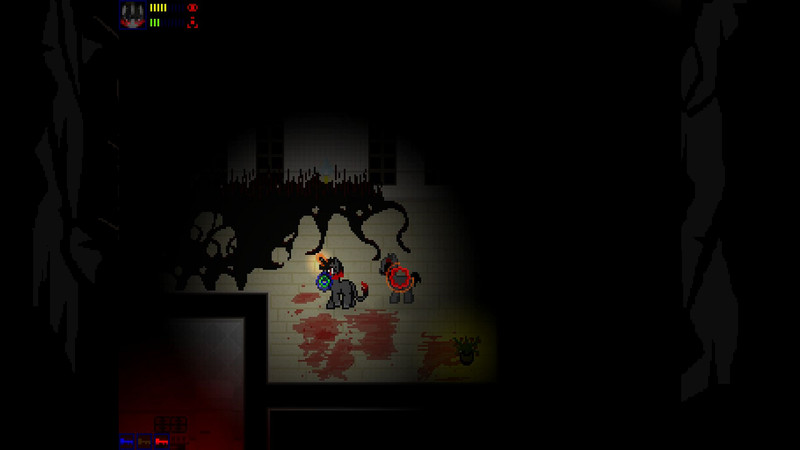 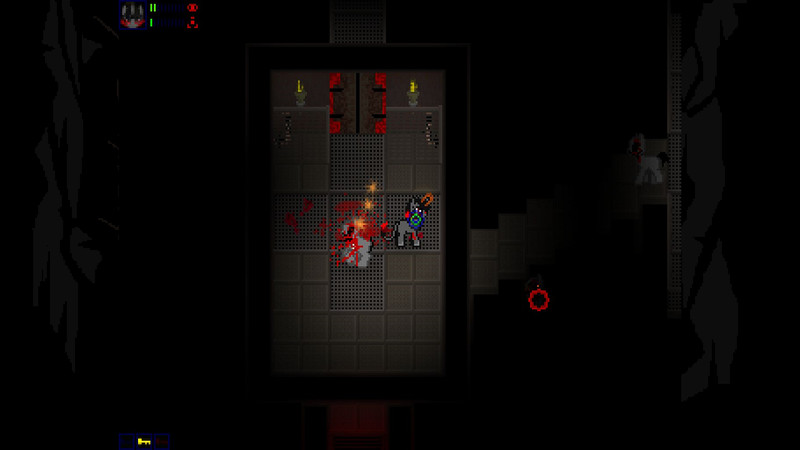 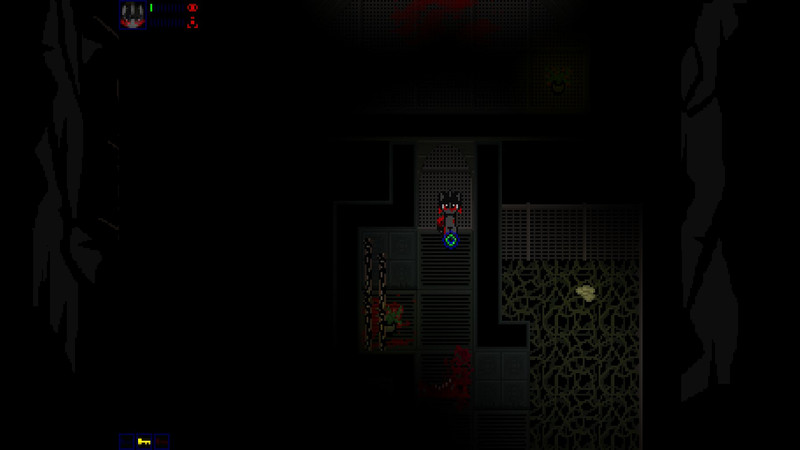 
I'm not one to leave negative reviews, but for this game, I had to. Anything said in this review is not to be insulting, but rather for constructive critisiscm. With that said, let's get started.

I was browsing the early access games, looking for an interesting game. The cover for this game looked rather interesting, so I read the description and reviews. Seeing all the positive reviews, this game sounded great. I bought the game, and when seeing the menu for the first time, I was very confused. Apparently, this game hasn't been updated since Christmas. So it is still on the Christmas update, even after August.

I decided to play on. I some what enjoyed the opening. However, playing this at 800 x 600 annoyed the ever living **** out of me. Only few minutes in, and we already were hitting the horror, which I guess is alright, since some people might want to cut right into the action. Once the story part is over, you get thrown in a room with a flashlight, where you have to find and collect keys to unlock doors before you get killed by what I assume is zombie ponies. You know whats great? Going to the bathroom and getting a key, and having these zombie ponies corner you and kill you instantly. I honestly wouldn't mind this, as I'm not one to give up, but with the death screen being annoying, and somewhat long, then having to navigate to find your save, I'm just not having it with all of that, just to get insta killed by a zombie pony.

This is all I've managed to playthrough here. This could be a really good game if some of this stuff was fixed. Like the death screen. It's just something annoying I find about the game.. Is a good game there some bug but what game have no bug not the 1st time I play a pony game. but is one of the good one I played. it not really scary for me. I thing it because saw a lot ghost in my school day & national service in singapore some thing the mirror, lock door opan and close went there no one there, a headless ghost and more. hell I have a nightmare as a two tail pink hear and glowing blue eye catgirl in a kimono and what ever I do, hold and touch i can feel it in real time. hell injury I got in the dream like a cute on my right hand went I wake up there a cut on my right hand. or I play and watch too much horror and movie. so many of the disturbing image in the game don't face me at all. may your heart be your guiding key. And by the way i am not a brony. so don't you dare thing I'm a brony I am not.

Review is by prosin.. oh i love this game :3
15/10. While not very technologically advanced, this game has very charming pixel art graphics, highly customizable controls (I suggest you turn on the Shooter mode and use WASD keys to walk around), funny jokes (put on a scarf if you're freezing!) and a truly creepy atmosphere.
The game costs so little, so it's definitelly worth the purchase!

Очаровательная графика в стиле пискель-арт, удобно настраиваемое управление (рекомендую переключиться в режим Shooter и бегать клавишами WASD), забавные шутки (надо было надеть шарфик, чтобы не было холодно!) и поразительно криповая атмосфера.
За такие копейки игру однозначно рекомендую!. This game is definitely a tricky one. There’s a lot of maneuvering troubles here and there but other than that it’s a well made game. The monsters are amazing, the mechanics are just wonderful, and the gameplay itself is just wonderful. I haven’t finished this game yet but I feel like the story it has will be one to look forward to. Can’t wait to continue playing this game!. Only a few minutes in and it gives me the creeps 8/10


D'LIRIUM is available on Steam now!:
Well, here we are! The game is now available on Steam! This is a really important moment for us! We're going to continue developing our project, adding more and more things. There's so much things waiting for us ahead, even more than we can imagine!

But there's one serious problem. We'll tell you about it in the next announcement.. Early Beta-3 and more achievements.:

After quite some time and a lot of delays, we, however, are ready to please all of you with a new major update. Once again, there are many fixes and improvements waiting for you, but also a lot of new things! This time we'll try to refrain from a wall of text and just list what it is we've done.


The new AI of the Lanterns deserves a full explanation. Before this update, they've been just walking around the level, chosing the random waypoints. Quite often it lead to them getting into a corner and beginning to spin in one place. Now, their behaviour is going to be different.

So, what's new about it? Now, the Lanters have their zones in which they walk randomly, but the radius of those zones can change according to the siutation on the level. The system of path finding and moving is also new: it's a lot like the path-finding system for the playable character.

How does it all work? The center of the "patrol" zone of each Lantern is a place where it has spawned. If the player hasn't collected any of the keys yet, the "patrol" radius will be 1024px. The "hotter" the key in the player's inventory is, the smaller shall that radius becomes. Blue key - 512px, Yellow key - 256px, Red key - 128px. That means the radius is going to change each time the character collects or uses the keys. However, it all is going to change if the character is in Maniac Mode, because in that case, the center of the "patrol" zone for every Lantern will be the same - the character itself. Now, think for yourself.

Well, that concludes the news about our update. This is the penultimate of large Early Betas, and there'll be a lot of interesting things waiting for you in the next one, but we'll need time for that. We're eagerly awaiting your bug reports and we hope you'll have lots of fun experimenting with our game! Thank you for all of your feedback and support!. Why has there been no Halloween update?:

For the last few days I've been asked by the people who keep a close eye on the game development: why has there been no special update for Halloween? I'll try to give you a short and simple answer, so noone is left wondering.

Originally, there's been a plan to release a small update that would change the main menu screen and add a Halloween-themed level. But I simply haven't had enough time for making that small idea come to life. That's because our resources are focused on the development of the Golden Rogue in order to be able to release it before the year ends. Moreover, in the new version of D' there are a few features from Beta-1 that is just not ready to be released yet.

So, my friends, you have to be patient. Quite soon the things will get really cool. And it doesn't matter that there's no Halloween event - there will be plenty eventually!

You can support the development of D'LIRIUM and The Golden Rogue on our Patreon page: