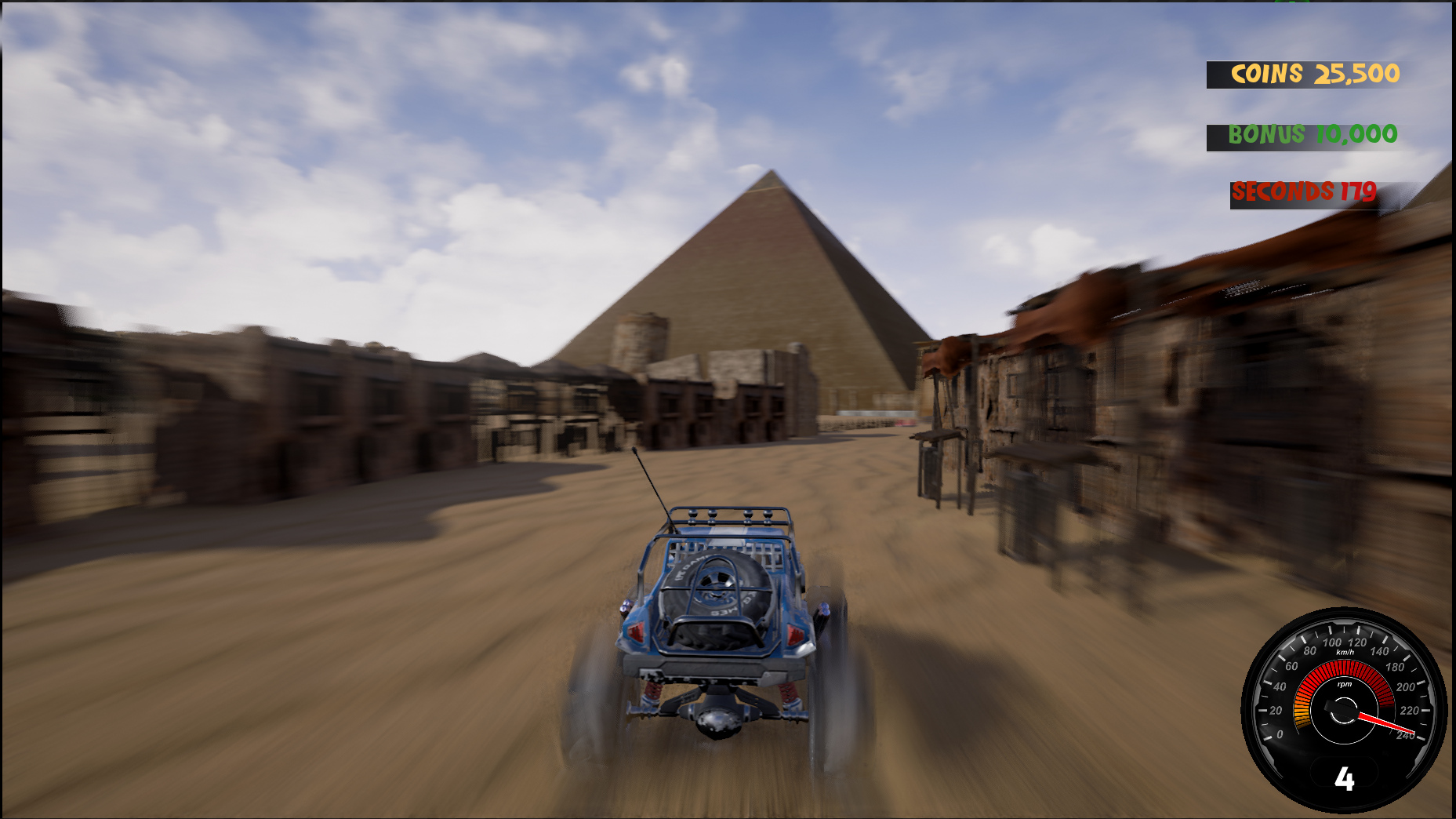 Ride through the deserts and jungles, snowy peaks and conquer the city streets, collect coins and destroy objects, earn bonuses! Jump on trampolines, overcome obstacles, ride the roofs of houses, climb and try to hold out! All this Crazy Buggy Racing! 7ad7b8b382 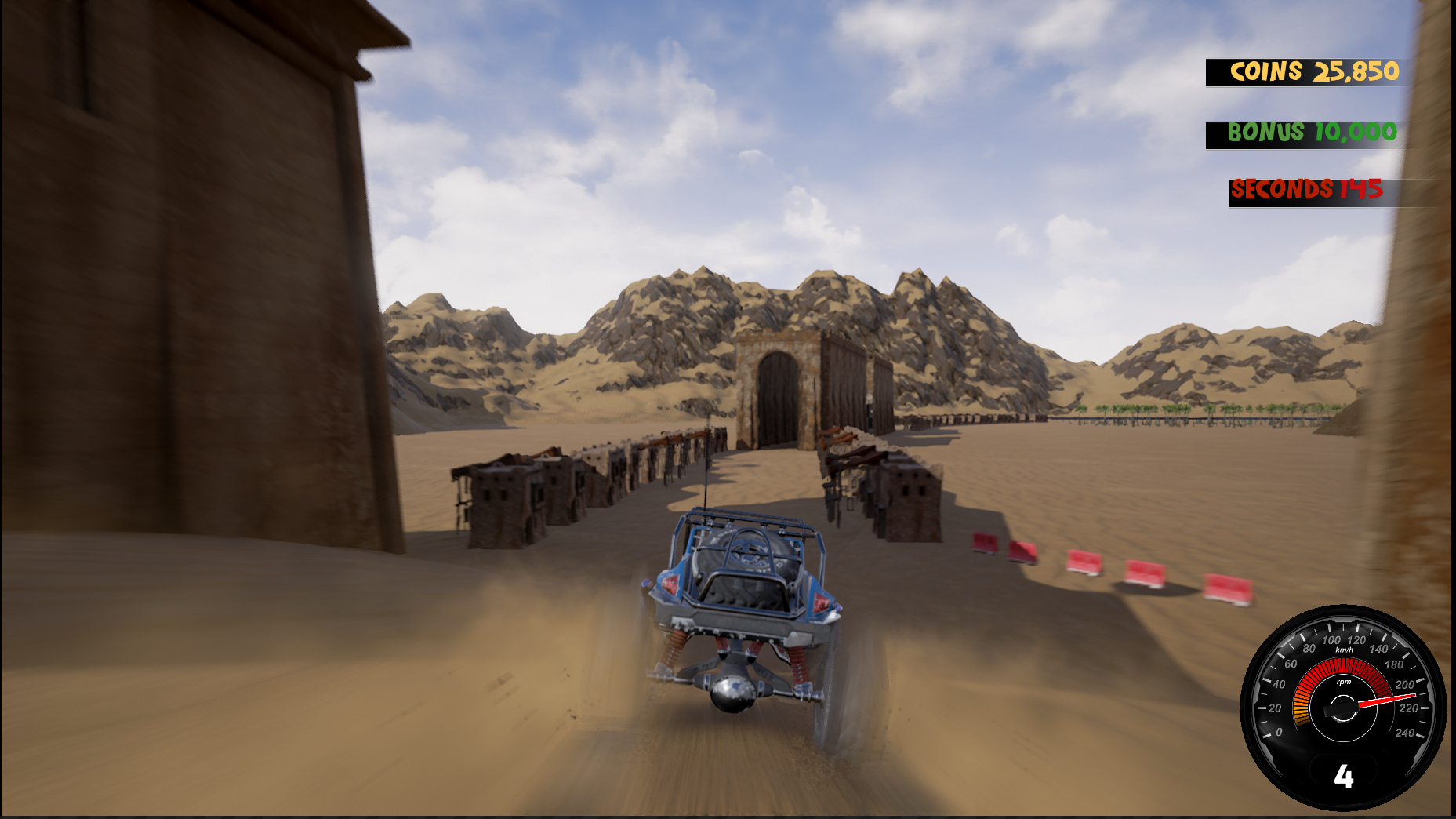 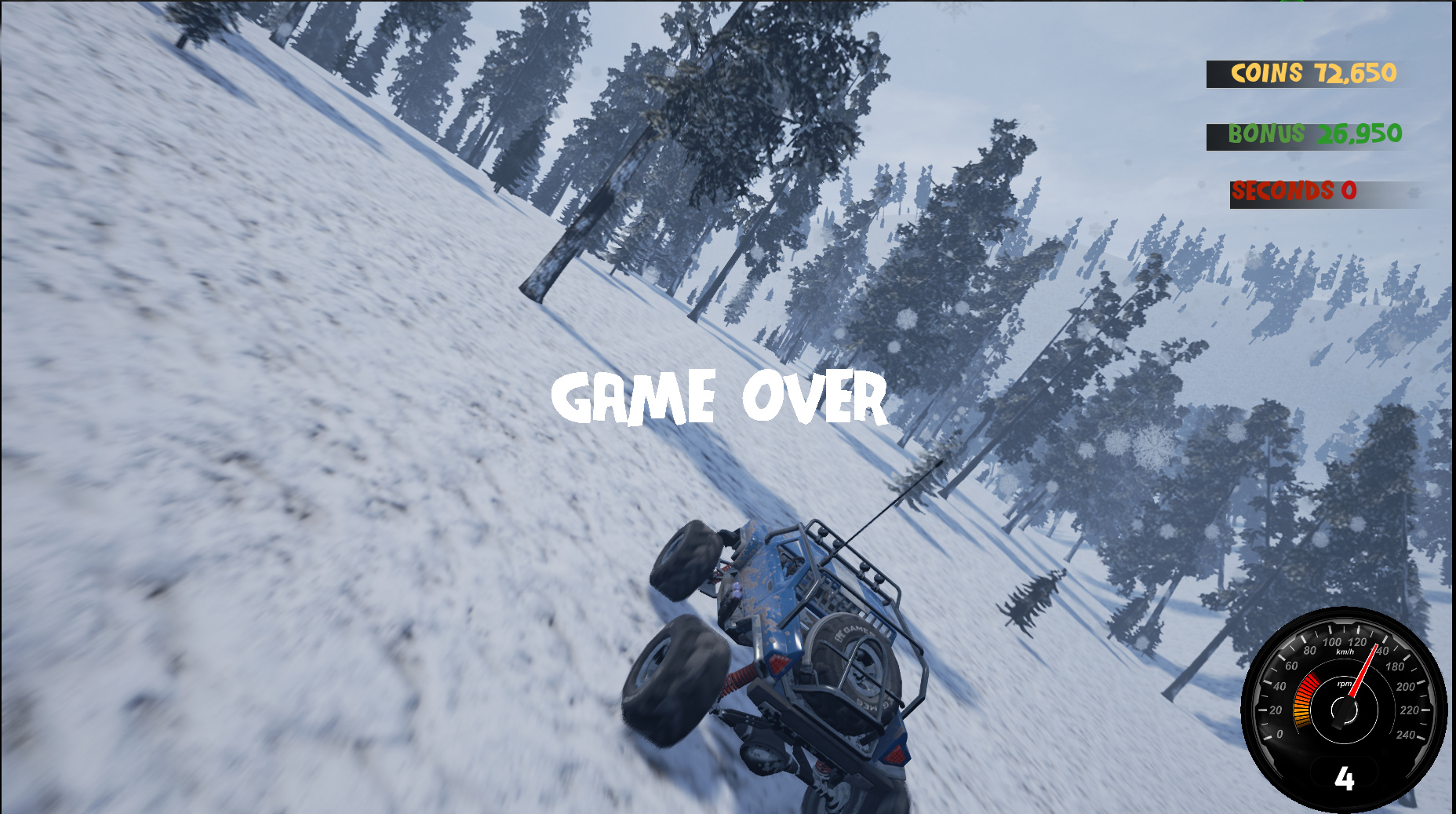 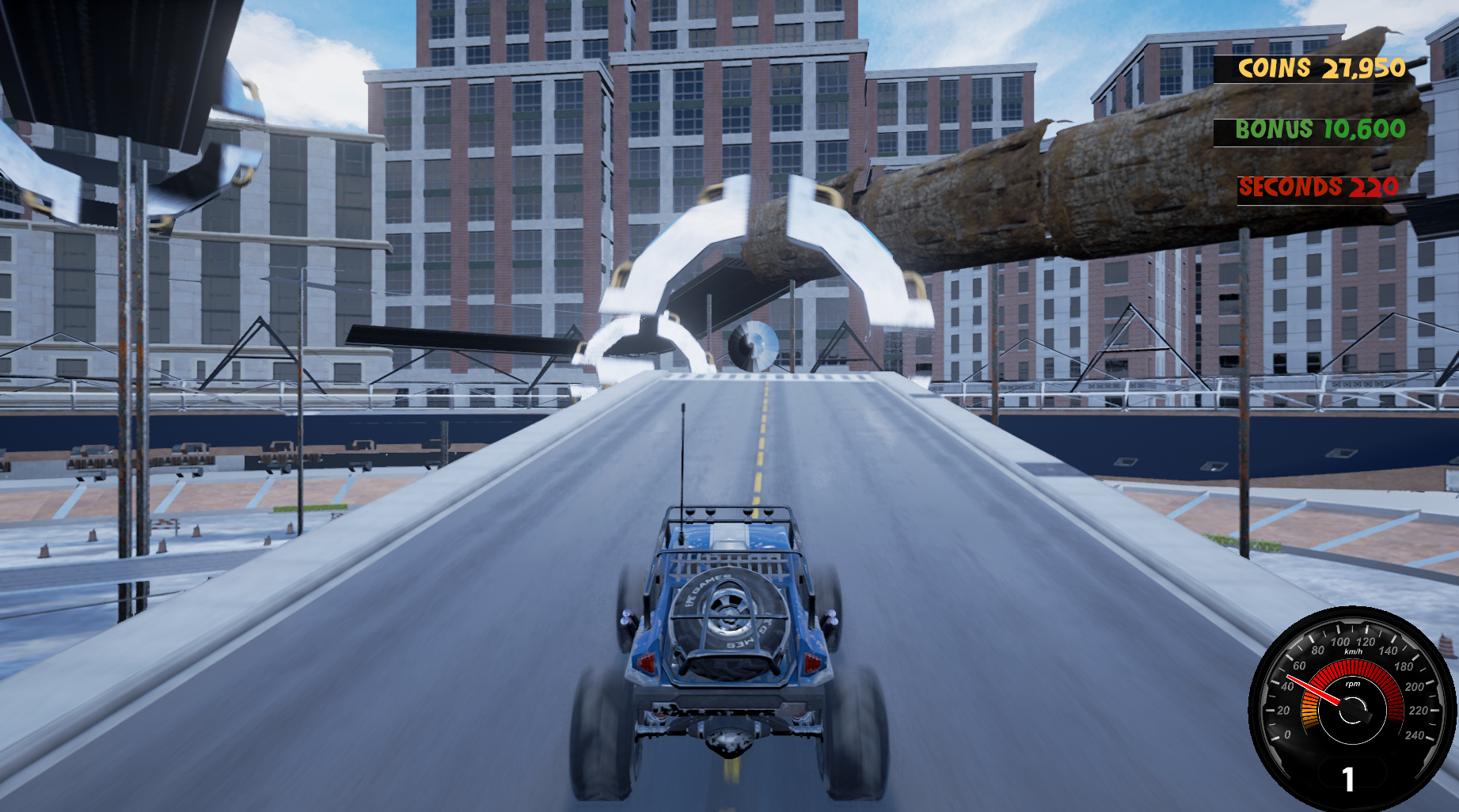 
Could've been a fun game, but it feels unfinished. The graphics are decent, the textures repetative and the gameplay gets kind of boring. Definitely not worth 5 bucks.. The ramp caught my interest. When I saw the truck go through the loop I gave them the $2.99 they wanted. This is a fun arcade driving game that allows you to explore various terrain and elevation changes. Parts of it are quite challenging and will build your controller dexterity. I recommend this to those who like to drive casually crazy. I also recommend this to anyone who likes loops and jumps. I think every track needs at least one jump. This has many.. + music

- menu looks horrible
- horrible physics
- controls
- bugs
- 80% of tracks are really bad
- overpriced. sad these little companies wont try, I mean 1st game may be bad but anythng can be tweaked and fixed, just look at Prelude Orion. They stuck with it for years to make it halfway playable. As for this company and this game. Good ideas, but they don't seem interested in learning or improving their craft. A penny junk bundle game maker? Well if that's all you want to be. Still, the graphics are ok and this kinda reminds one of Race The Subn (only it works smoothly). This could be alright if they gave it attention. Still, least they took the time to make a card set right..lol SO here's a pity vote.. Hardly even a game. Driving handles like garbage. I left it running for too long, no frickin way I'd spend more than 10 minutes on this trash. Take it off of steam.

I got it in a bundle costing me 10 cents, and I was ripped off.. Overpriced asset flippery looking kind of game.

Plus points:
+ Some nice assets
+ Didn't crash3
+ Better than survival driver, just about.

Negatives
- No explanation of how to progress.
- It's not racing when there are no other players.
- Textures are very plain and repetitive.
- Handling is a joke.
- Steering is poor so coins are hard to hit.
- When cars spins into the air, it carries on going and going and going like it's possessed and gravity doesn't exist.
- hitting a cactus can cause your car to spin out of control.
- hitting a bump in the ground can cause your car to spin out of control.
- hitting an object that you're supposed to hit can cause your car to spin out of control.
- Car has some weird oversteer.
- No level restart.
- Quit doesn't take you back to main menu, or the level menu, it completely exits the game.
- You can't see upcoming corners and so you dom't know to brake.
- Large areas without indication of which way you're supposed to be heading.
- The game doesn't feel challenging, it doesn't take skill.. i dont like it
very bad gameplay. The game feels like a studen't school project for Unreal engine 4 theme: basic driving, collecting coins to unlock new tracks, which makes up for a very repetitive gameplay. There are some ramps here and there, stunts, and destruction of a pile of indestructible objects that resemble something, but I can't quite figure out what. For a school project it may be good, but as a game it's boring and tedious, the physidcs are whacky as they can be, you collide with an objects and will most likely send you in uncontrollable pinning, the more you spin, the faster you spin until it resets your car... So the only thing crazy about this game, beside the physics, are us that are playing it. There are so many better games to play. Go play them :)

- Graphics and the graphic model of the buggy (no pun intended) are quite nice for an indie game
- The controls, even if not custumizable at least they make sense (I'm looking at you Motoracer 4!!)

- Bad physics, bad level design, repetittive gameplay and pretty much everything else.