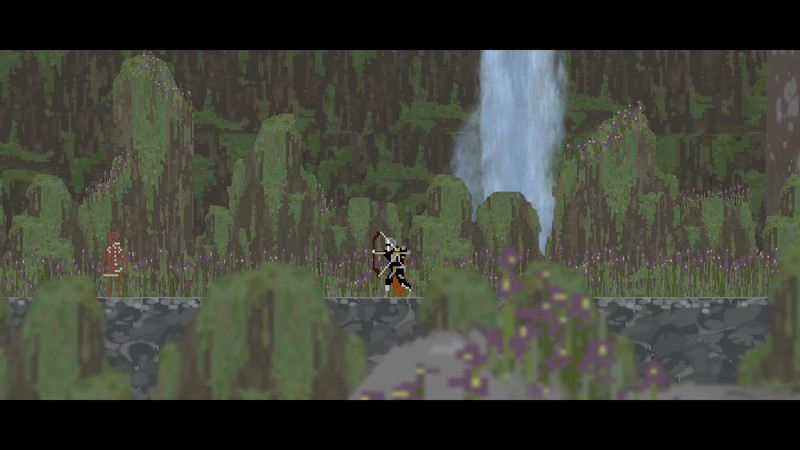 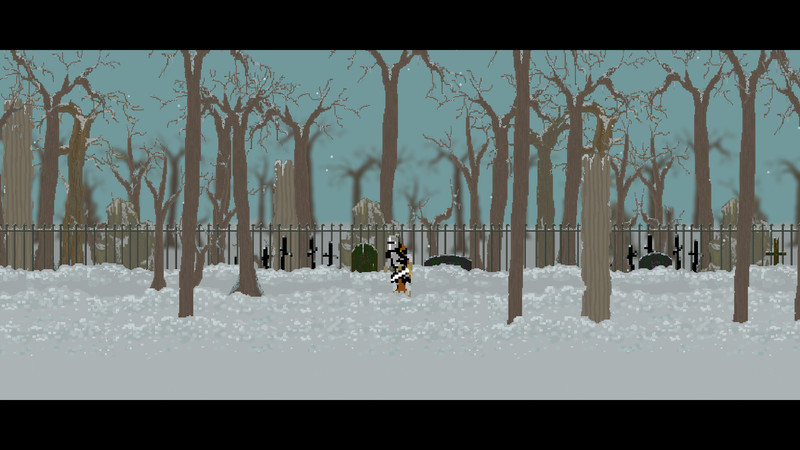 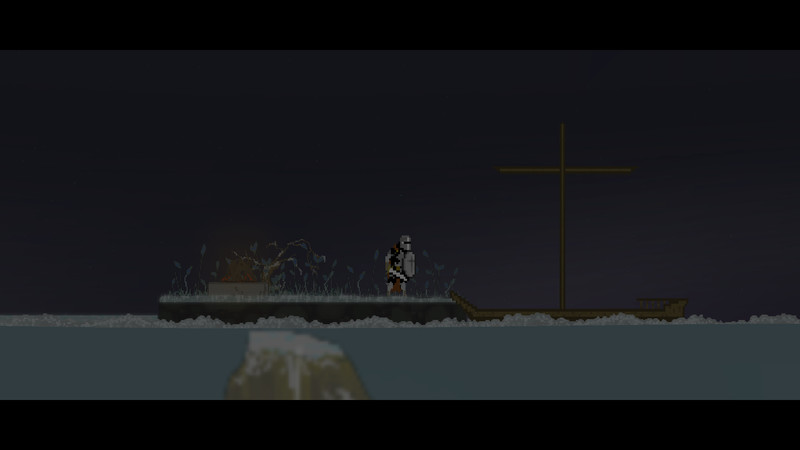 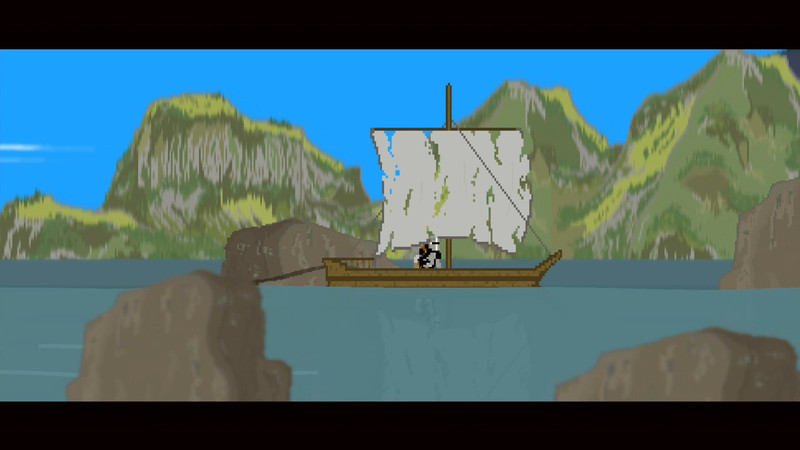 
A very cool game with challenges that get easier with each try (meaning you won't be stuck on a level forever). It's really sad to see that some of the best games here on steam recieve the least amount of recognition. On a different note, 12 dollars me be a bit too much for this game (I think 7 dollars is fair). Finally, I really hope you guys bring this game to IOS and Andrioid seeing as its a type of game that is simple and can be played on the go.. This is going to be a good game, but sadly it's just not ready for primetime at this point. MAJOR technical issues, such as controller lag, and stuttering which their technical support has so far been unable to resolve. There's a few other issues with errors in the collision models as well. Basically, it's an alpha release. Hope they stick with it.. Fun little side-scroller, has some minor technical issues (expected with such a new developer). Few expoits that can give you unfair advantages, but overall a captivating atmosphere and asthetic. 8\/10. Exploration is a big part of this game and a decent amount of backtracking is required if one wants to find all the power-ups. The music is sparse but effective, usually playing whenever a powerful foe is in the immediate area. Otherwise, there are pleasing enviromental sounds to match the area. The game can be rather difficult at times, but I never felt the game was being unfair or cheap. Other players reportedly have issues with hitboxes, but I never encountered this. As for length, it took me approximately nine hours to finish and 100% the game. The devs are quick to respond to any messages, so there should be no worries about the game not being updated or patched if a serious issue were to arise.

The only problem I had was the Feather Ring<\/span><\/span> being assigned to L3 on the controller. With my current controller it feels rather awkward to hold L3 while using the analog stick. I simply used Joy2Key and set it as a toggle function to work around this. However, I could imagine this not being an issue for those that own more comfortable controllers.. This game is a blast! I just spent 3 hours playing it and didn\u2019t even realize how long I\u2019d been playing. There are definitely some difficult parts to get through, which I believe good games should have, but it\u2019s so much fun. Reminds me of some of my favorite NES games that I used to play.
The graphics are beautiful. They create an atmosphere that is intriguing, engaging, and frankly just great to look at. Honestly, I hope the come out with some wallpapers to download
The soundtrack is surprisingly catchy although I wish it would play more often.
The maps are long and winding and every one is different and packed with hidden treasure.
I\u2019m giving this one a solid 8\/10. Well worth the price and hours of fun. I\u2019m going to get my kid to start playing it too.
. Very charming game full of atmosphere and nice little touches, rustling leaves and long swaying grass. Despite the obvious Dark souls influence, things such as Wonderboy in Monster world, Shadow of the beast and Rastan come through. The music is very nice as well and doesnt outstay it's welcome; giving the excellent sfx and sound design time to do there magic.

The developers passion really comes though. If not for the pixels this could be some kind of a watercolor, which I think would have suited it well but the graphics will win you over, trust me, dont underestimate the charm.


I'm not a major fan of the first boss (i left the game a year after my first encounter) but the second one had me on the edge of my seat and was pretty inventive... and then it turns into an open world and there are other islands , wha !! There is easily over 8 hours content.

I have only scratched the surface.. Several different areas, challenging boss fights, and a great feeling of exploration and difficulty that is (mostly) fair. While I'd hesitate to get this game at full price, I'd say that you should diffenitely pick up it on sale.

It's a little buggy, specifically when using the jump and something else, (if you jump, then roll and attack while in mid air you pick up enough momentum to fling yourself across an area in seconds or kill yourself going down a slight hill.) however, none of the bugs were game breaking or required a restart to fix.

I'm not usually a fan of bit music, however this games music was catchy and it only played in specific areas so you don't get burnt out on it.

I was a bit dissapointed by the final boss because I died more times on the path to him than I did fighting him. once you realize how to beat him it's a cakewalk.

Most importantly though, this game has what I believe to be the smothest<\/b> mid-air roll animation I've seen in a long time. When you jump and roll at the same time, your dudes pulling off the sickest front flip. They don't jump unrealalistically high, the animation doesn't cancel whenever you hit the ground. It's so amazing that I rolled Nine Thousand, Five Hundred, and Ninety Two Times.<\/u>

All in all, it's a solid game and I don't regret sinking the hours I did into it. I honestly wish I could give the game some more coverage because, while it is a simple idea overall, it was executed very well.. Kingdom of the Dragon was an impulse buy for me, in a quest of looking for new old school games to play in the action/adventure/rpg genres. I was aware of the mixed reviews but "mixed" to me could be a game that's perfectly suitable for one person's taste and detestable to the next. Kingdom of the Dragon has its flaws, yet it's a great game that was challenging, fun, addictive and an all around pleasure to complete. I'm still going to go back in and try to earn the rest of the achievements just to spend a little more time in its charming NES/SNES world.

You play as a knight who is on a quest to rid the land of Artaphys from evil. The game reminds me of a combination between the recent and outstanding Apotheon, Castlevania, Metroid and Megaman. Starting off on one small island to explore, you soon stumble upon a ship that needs fixed and will be your vessel for further exploring the world. In each area there are secrets to find (ammo capacity upgrades, health containers, etc.), special weapons and abilities to gain ala Megaman (as many of the abilities have a specific boss or obstacle that they can overcome) and enemies to smash. I'm reviewing the original game without the update, so it'll be interesting to compare how it plays now with how it did then.

Did I mention bosses and enemies? I sure did and there's alot of challenging fights ahead. The boss battles are quite clever and the monster sinister and well-designed. Defeating each one requires learning their tactics and fighting back against them with some of your own. They are a consistent highlight of the game and it was always exciting to reach the next one and find out what it might be. The paths to each one are often treacherous and require skillful platforming using tools like the grappling hook etc. to get around. I died most on the platforming and though it has its quirks with very precise jumping required, it was a level of difficult that could be mastered to eventually kick progression back into gear. The levels are nicely drawn, colorful or dark depending on the locale and all a joy to explore with hidden secrets, shops to spend your hard-earned coin at and a pile of enemies to deal with from skeletons to medusas to wild dogs and much more.

You're gong to spend alot of time fighting and the combat like the platforming has its quirks but is like any old game where you had to get a grip on the basic schematics. The sword's range was short in the OG version though thanks to a bow n' arrow, reflecting shield and other cool gear you have a fighting chance against everything that you face. I found a good mix of softening enemies up from a distance and then utilizing the sword was one of the best ways to go all-around. There's a few frustrating parts but nothing that was irritating. In fact, it makes you want to go back in and try harder the next time. The animations feel very old school authentic and timing the triggering of them will aid you in fighting and connecting with your targets.

The atmospheric audio packed into the game suits the levels well. Nothing is overdone and there's a sparse ambiance to all of the sound FX that furthered my entracement with the world. Perhaps, some might complain that the story is pretty thin and in all fairness it is. Sometimes you get bits and pieces of text which clue you in on the lifespan of the island realms themselves but mostly you will get a feel for what this lost land was like through the areas themselves. To me it felt like just enough with the emphasis wisely relying on action and exploration.

All in all Kingdom of the Dragon is a great action adventure game and I can't wait to try out the update later on today. The game glitched once or twice on me, a scant few platforming sections will get you pulling at your hair and the combat is a bit awkward until you get better equipped. Still these flaws are minor in a game that stood out as a worthy throwback to classic NES/SNES adventures. Well-worth checking out.

Cons:
-Awkward to start with a learning curve on the fighting
-Platforming is not always as precise as it needs to be
-Glitched a rare time or two