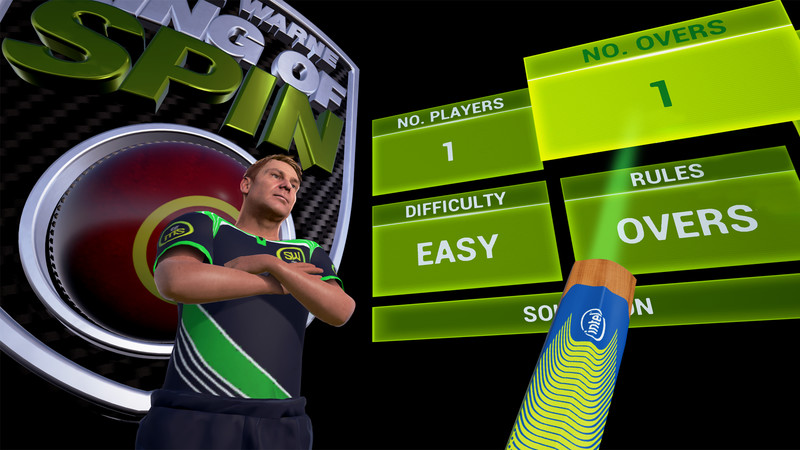 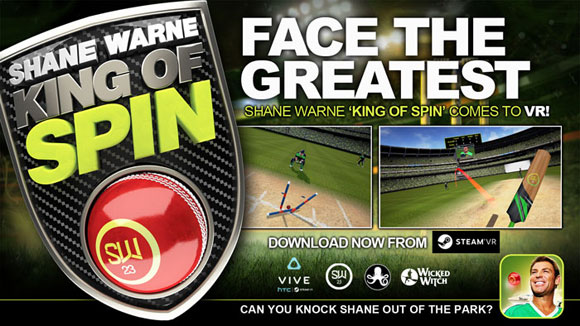 King of Spin is a fun, pick up and play batting game for the HTC Vive where you can have a quick hit with your friends, or even simulate a full team in a one-day match innings, facing 50 overs at various difficulty from Shane Warne!

- Play single player against the man himself
- Take turns and play with friends or family, from 2-10 players!
- 4 difficulty modes allows you to practice, play easy, normal or go hard!
- Play 1 over at a time, through to 50 overs, or play per Wicket!
- The King of Spin's legendary deliveries: the Flipper; Wrongun; Slider; Zooter and more! 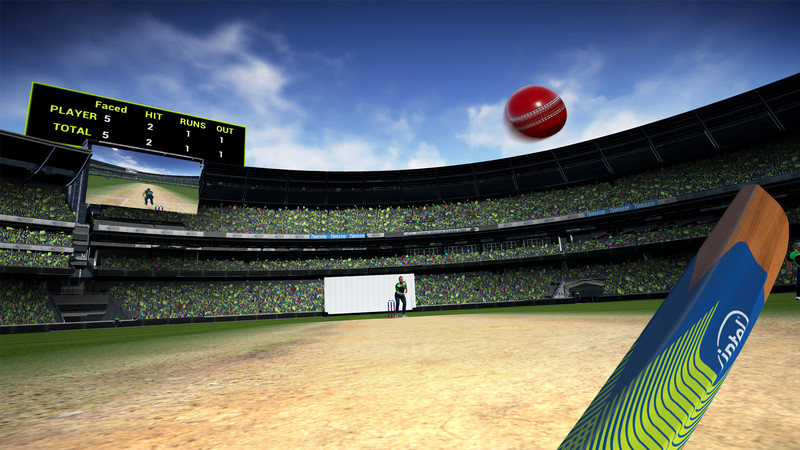 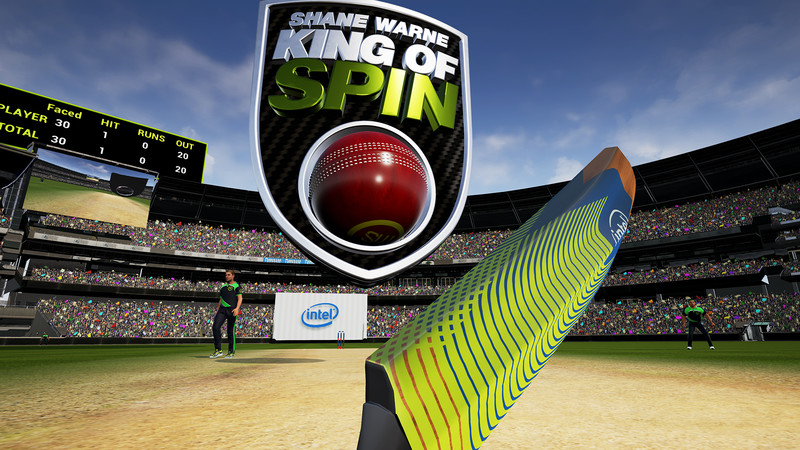 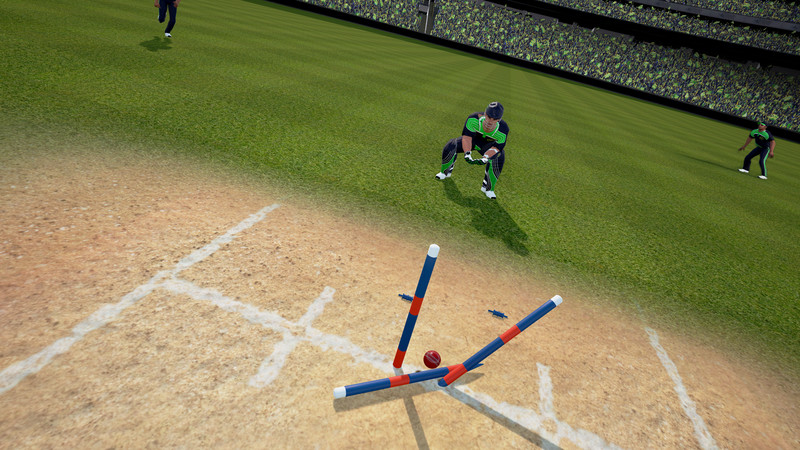 Awesone game. Wish it had more modes like chasing a score or reach a target. I also would like to face fast bowling.
Sometimes the ball bounces too high, over my head.
Lets see how this game deveopes. Not sure what people are complaining about. I had an awesome time facing Warnie for an hour.

It's early release so there are bound to be a few bugs. Sometimes the fielders face the wrong way and I swear if my bat speed is too fast then bat and ball do not collide, but overall a very enjoyable experience for any cricket fan.

Not sure if this is going to evolve into a full cricket game (facing pace bowlers for example), or if they are going to stick with just facing Warne, but either way its one of the best experiences I've had on the Vive so far (but I'm a cricket nut).

I will add that on Normal and Hard modes the ball physics do seem to play up a lot more. Sliders wil bounce over my head once they hit the pitch etc. This needs to be worked on by the dev team.. I was so excited to find a VR cricket game, I bought this as soon as it popped up in the store. A $30 game endorsed by Warnie, this looked like it could be something special! Well, it is, but not in a good way.

If you've played cricket IRL this is not going to meet your expectations, no matter how low they might be. The balls do not appear to come from the bowler's hand, they just seem to materialise in front of him. The deliveries are impossible to follow until the ball is about halfway down the pitch, and the bounce and spin are unrealistic and completely unconvincing.

Warnie spends more time talking than bowling, and it can't be skipped. It takes almost as long between deliveries as in a real game of cricket. There appears to be no in-game menu, you can't cancel a game if you're not happy with the settings, you have to ride it out until the specified number of overs has been completed... so the UI is bad to the point of almost being non-existent.

On top of that, it's got bugs. Even in the short time I played the game, on several occasions the fielders would not return the ball to the bowler, and then you're stuck. Not even a menu to use to cancel, you have to terminate the game completely and restart.

A cricket game could and should be AWESOME in VR... but this game is little better than a mobile phone game, and a buggy one at that. Charging $30 for it is nothing short of extortion, I would feel cheated if I paid $5 for it. Unless there are a LOT of MAJOR improvements, this game is not worth your time.
. How is this a warney simulator without a good set of\u2665\u2665\u2665\u2665\u2665\u2665

As a cricket fan, I was very excited to see this come to VR. Cricket defiantly as a sports game or simulation would suit VR mechanics well quite easily. However when i did finally get King Of Spin running, it was anything but cricket...

Firstly, the ball physics don\u2019t even come remotely close what it like in real life. The pace feels too slow on easy settings and in normal and hard feels more like a slow-medium pacer rather than a spinner. Another ridiculous example of how inaccurate the ball physics is the fact that nearly half the deliveries i faced were balls bouncing over my head! From a spinner! Maybe they confused Mitchel Johnson with Shane Warne. Have no idea how Warne himself could endorse a product like this.

It's simply poorly polished and arcade style cricket physics. I got a feeling this was designed as a fun mobile phone app which they converted to VR without improving much and shipping it off... It's also quite buggy, incomplete (not even exit to menu buttons - have to close games each time), and it\u2019s overpriced. This is 30 bucks and it\u2019s an early access title, it\u2019s one of the most expensive Vive titles available but what you get is simply rubbish.