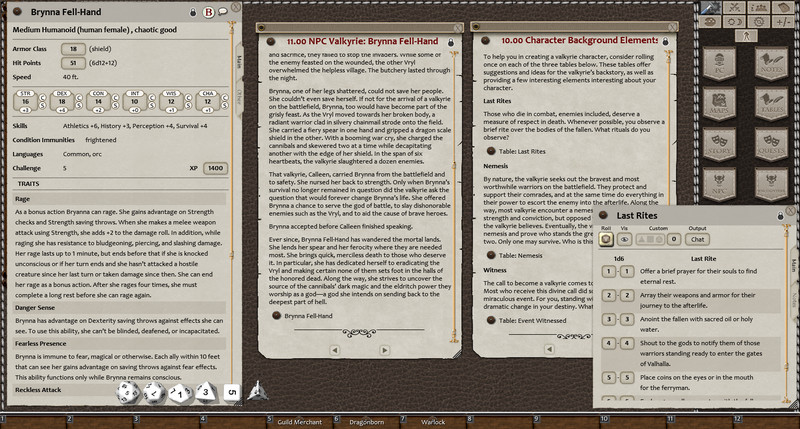 
In rough-hewn worlds shaped by the mighty blows of rival gods, the most a warrior can hope for is a meaningful death. For ages uncounted, the Valkyrie have born these heroic souls to godly realms for divine reward and have even aided such mortals in times of unbalanced strife. Yet as wars the world over swell in magnitude, more Valkyrie are needed to become the Choosers of the Slain. Among the worthiest of mortals, new Valkyrie are being recruited and empowered to stem the tide of crushing defeat. Their hearts beat like great wings on stormy winds. They move with a swiftness unhindered by vestments of steel. They vanquish foes with the unlocked powers of rage and use divinely granted magic to aid their allies to victory!

The valkyrie class is a hybrid class for 5E that reforges shards of the unchained barbarian, the paladin, and the Bestiary valkyrie into a martial class of brutal glory and glorious fury.

This sourcebook comes complete with a new class and abilities, archetypes, favored class options, as well as an expanded mythology on where the Valkyrie came from and how they serve the various deities. Onward to glory!

Requires: An active subscription or a one time purchase of a Fantasy Grounds Full or Ultimate license and the included 5E ruleset. 1075eedd30 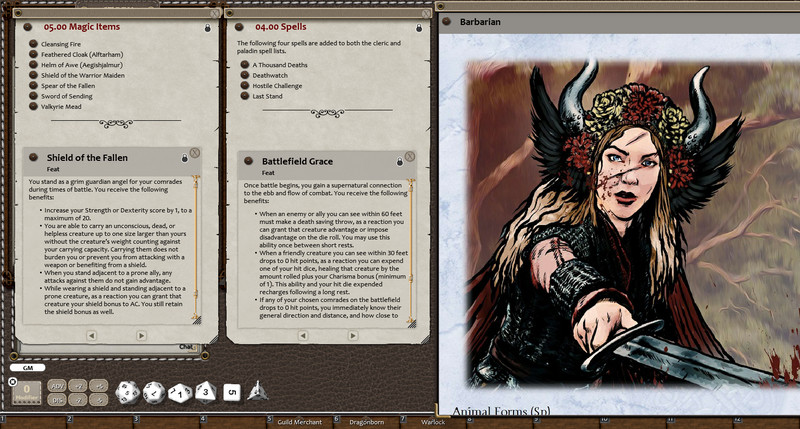 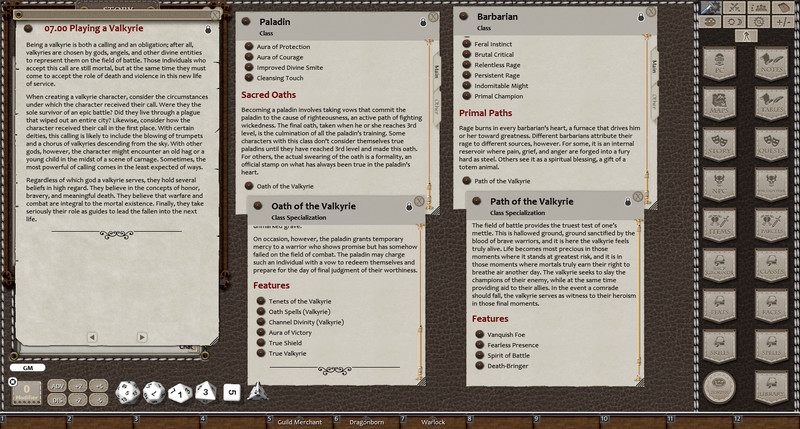 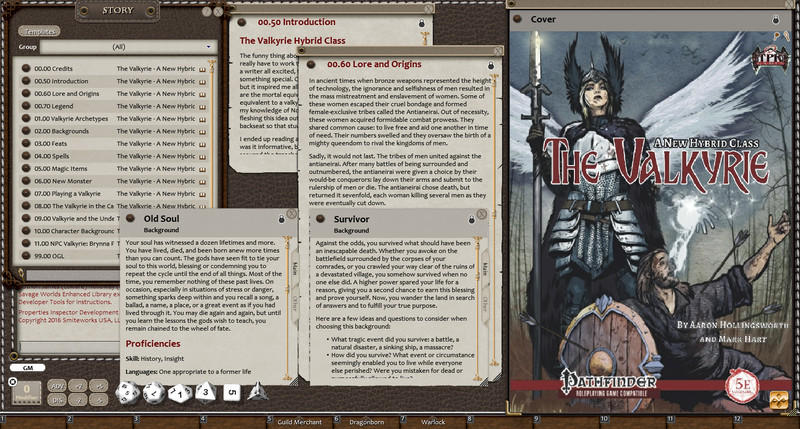