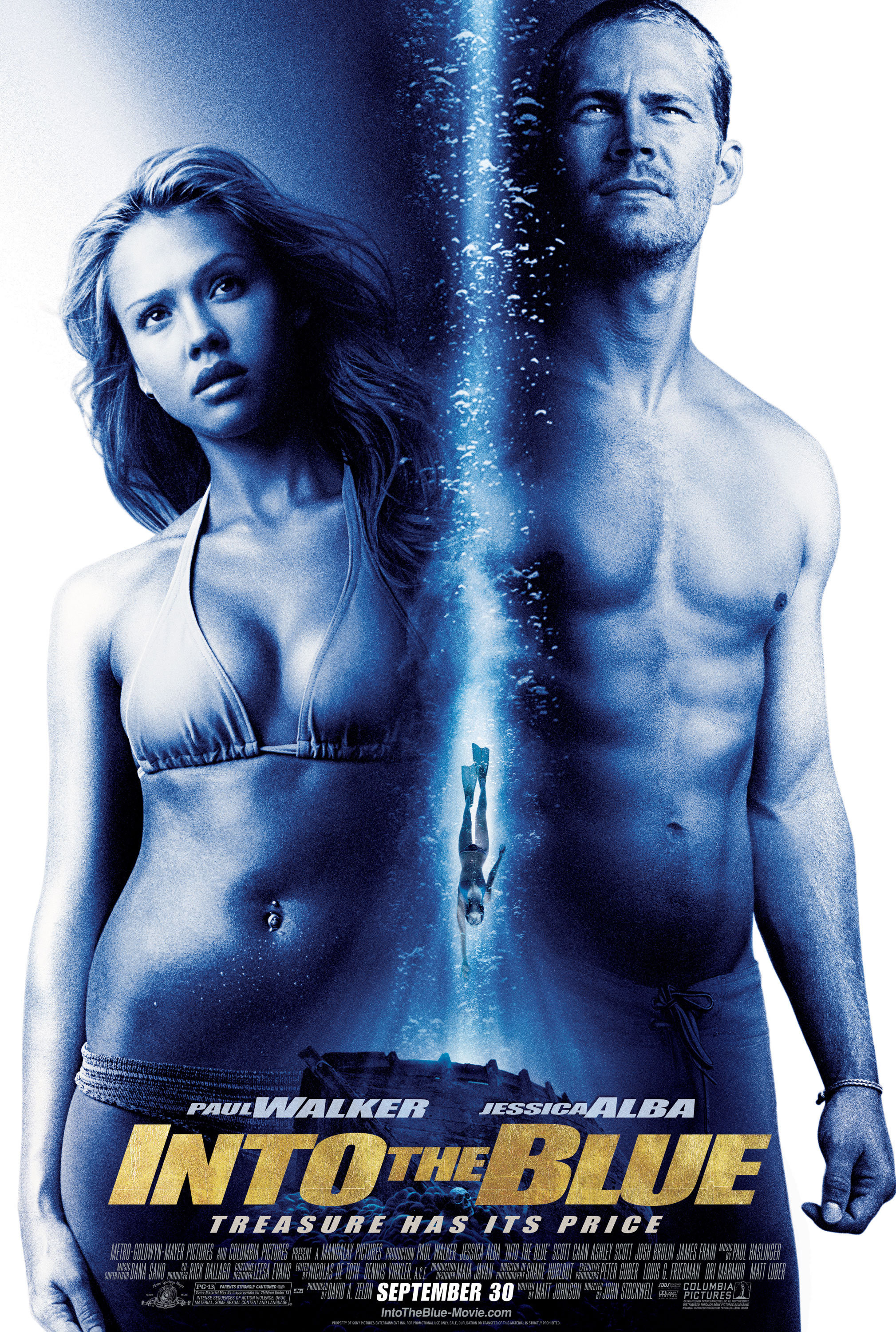 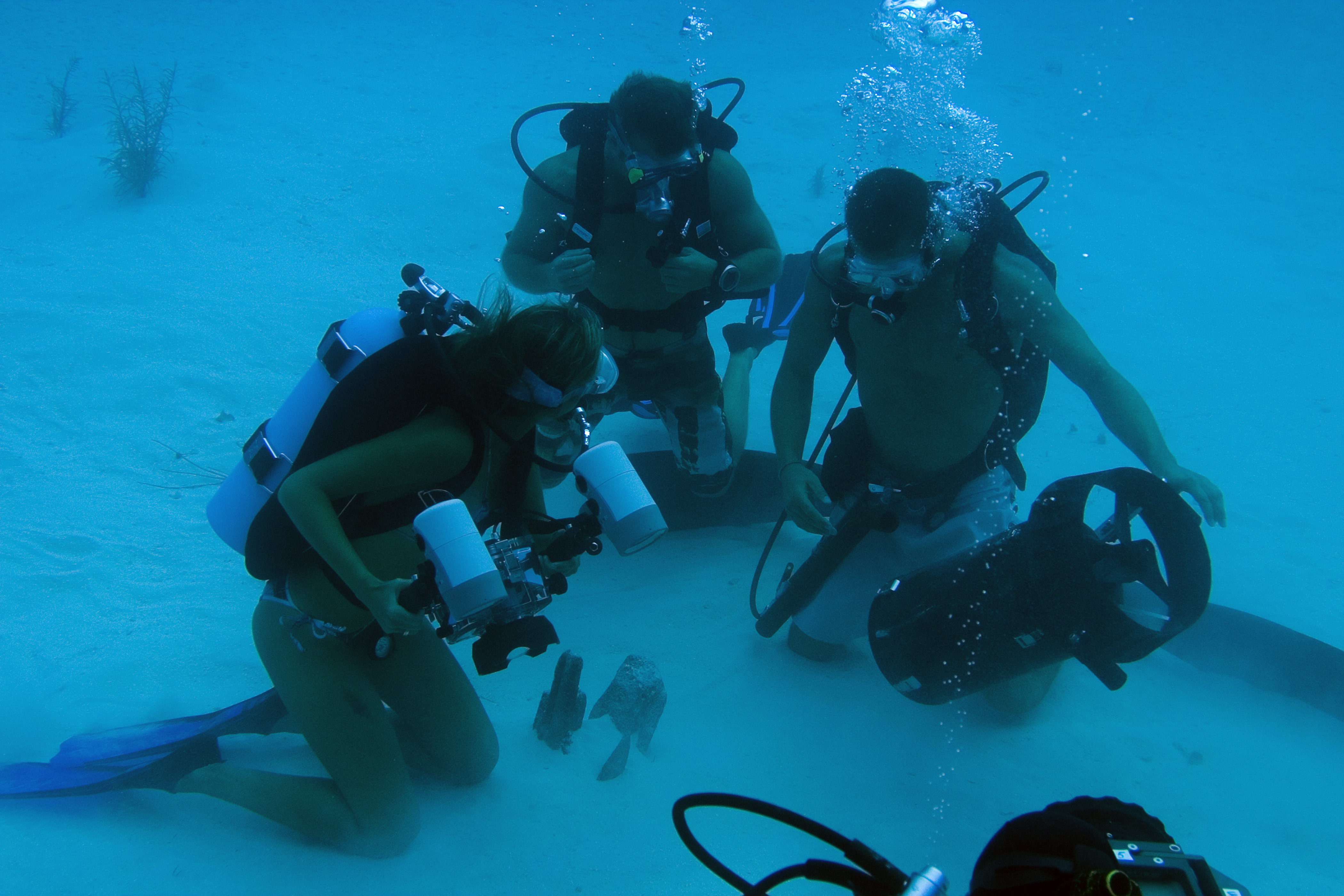 Jared Cole and his girlfriend Sam Nicholson are a young couple living in the Caribbean. Jared is an unemployed diver whose dream is to find treasure in the Caribbean Sea and Sam works at a local resort as a shark handler. When Jared's best friend Bryce Dunn, a selfish New York lawyer and his new girlfriend Amanda Collins arrive, the two couples spend a couple of days experiencing paradise. But, they discover an airplane on the sea floor that crashed during a hurricane and they find the cargo on-board the airplane is cocaine. Jared and Sam's lives are in danger, when Bryce and Amanda make a deal with a dangerous drug lord who wants the cocaine. Jared's rival, Treasure Hunter Derek Bates learns what they are doing and tries to negotiate the cocaine to raise money for a expedition where he intends to find a sunken boat with treasure. Jared, Sam, Bryce, and Amanda find themselves racing against time to find the shipwreck before somebody else does.
In Caribbean Sea, the diver Jared and his girlfriend Sam have a simple life, aiming at finding a treasure, but without money to buy the necessary ship and equipment. When Jared's friend, the egocentric and selfish young lawyer Bryce, and his new girlfriend Amanda arrive in the island to spend a couple of days with them, they dive together and accidentally find a wrecked airplane loaded with cocaine, and evidences of a sunken boat with a treasure. Afraid of losing the treasure for the arrogant hunter Bates, Bryce tries to convince Jared and Sam to negotiate a small part of the drug to raise the necessary money for the expedition, but the correct couple does not accept the proposal. Bryce and Amanda decide to deal themselves with a drug lord, jeopardizing the life and integrity of Jared and Sam.
I don't know what everyone out there is expecting from this movie? I was expecting a movie targeted at teenagers and generation x, with a lot of skin and fast boats. While it definitely had a few close ups of Jessica and Paul underwater and some professional waverunner stunts, it was also a pretty good story with a "leave you hanging" ending. In fact, the storyline was much more dominant than the skin and fast boats. Although billed as the lead of the movie and clearly the largest star, Jessica Alba (and her character) played a backseat role to Paul Walker whose ethical and moral dilemmas were the heart of the movie. Maybe it's the same theme in many movies? Young bright people with everything going for them are introduced to bad influences and they are tempted by these outside forces. They make a few bad decisions, learn from them, and then make the right decision. Or do they? Into the Blue follows the same premise, but at least this premise dominates the movie, not selling out for the teenage box office. At least not overtly. This movie isn't going to win an Oscar, but it was definitely worth $10.
When "Into the Blue" was first released, The New York Times, remaining ever true to its political-correctness dogma, dismissed it as irrelevant. Disregard. "Into the Blue," in reality, is a sexy, stylish, well-paced beach-side/underwater thriller that is positively laden with visual appeal. For the women, there's Paul Walker, showing off an absolutely drool-worthy set of abs and pecs in his Speedos and in his frequently-open shirts (and with his monumentally handsome puss freely displayed in mouth-watering close-ups). For us men, there are (sigh) Jessica Alba and Ashley Scott, lookin' good, good, GOOD in their bikinis and their tank tops and their tight jeans (and there's one SMOKIN' shot of our Ashley lying upon a boat topless with a pant-inducing view of her scrumptious bare feet). For those who just like good acting, there's Scott Caan and Josh Brolin, marvelously roguish and marvelously chilling, respectively, as Walker and Alba's questionable lawyer friend and "Blue"'s chief bad guy. The plot has something to do with Walker/Alba/Caan/Scott trying to retrieve some sunken treasure and Brolin resorting to murder and kidnapping in order to stop them, but, hey, the plot is certainly, definitely not the point. With "Into the Blue," skinthusiasts of both sexes have a near-pitch-perfect opportunity to settle in, sit back and soak up the eminently gorgeous flesh-and- blood scenery.
It's "The Deep" reimagined as an Abercrombie catalog.